Silver Chains is a first-person survival horror developed by Cracked Heads and published by Headup Games. The game was released last year for PC and was recently ported to all major systems. This review is for the Nintendo Switch version. It’s very obvious that the developers had to make a lot of sacrifices to get this on Nintendo Switch. The finished product we have here is a decent survival horror, but it’s a mixed bag in performance.

After crashing his car into a tree, Peter wakes up in a supposedly abandoned mansion. He has no memory of how he got there but soon finds out that the mansion is not as abandoned as it seems. Eventually he finds the horrors that lurk in the shadows and must try to find a way out of the mansion while trying to solve the mystery of exactly what went on there. While exploring the mansion, he finds hints and traces that seem to point to the fact that he has been there before.

Silver Chains is mainly a game of exploration. You’ll find tons of documents to read that are fairly well-written – they have spelling errors and words left out of sentences at times, but are overall interesting reads for story purposes. Along the way of exploring, you’ll unlock new portions of the mansion and find puzzles that give you key items. The entire game takes place in the mansion for the most part and its quite extensive. You will backtrack at times to unlock new areas just like in old-school survival horrors. 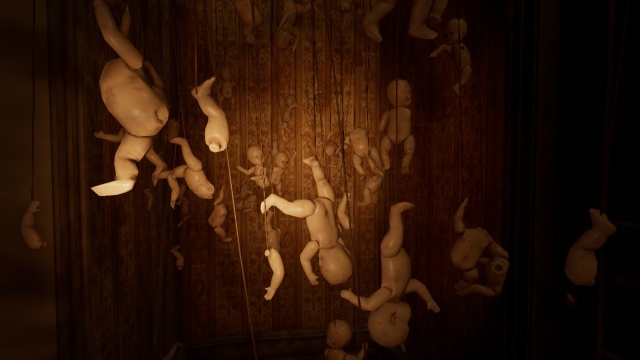 There isn’t much conflict in the game, but at times you’ll get chased by a female creature. The majority of the encounters are scripted and all you have to do is rush to the nearest closet in order to hide from the enemy. The game does a pretty good job in telling its story. Cutscenes and creepy events drive the story along well and the voice acting is overall good. Sound effects and music are fitting as well. It’s got some good atmosphere and some pretty good scares at points – the game did make me jump a few times.

Overall, the game is a decent survival horror, but it’s heavily brought down by being on the Nintendo Switch. Textures on walls and boards are often pixelated or just plain bland. If you play the game in portable mode, the game looks better, but if you play the game on a TV, the downgrade in graphics is highly noticeable. Also, either portable or docked, the game suffers from a jittery framerate often. You would think the downgrade in graphics would make the game run smoother, but it doesn’t. The game is also very dark at times. Whether portable or on TV, I had a hard time seeing some key items and I would often fail to notice events that were happening in front of me. While looking at an online guide, the guide author mentioned a ghost pointing the way I should go, but... I couldn’t even see the ghost because the game was too dark. The darkness made key items stand out less, which led to me having to use online help often just to figure out what to do. The game has a brightness adjustment and I had it all the way up to maximum but the game was still too dark at times. You do get access to a flashlight, but it doesn’t help all the time and sometimes you have to put it up in order to use another item, so you’ll have to constantly pull it back out to light up areas. 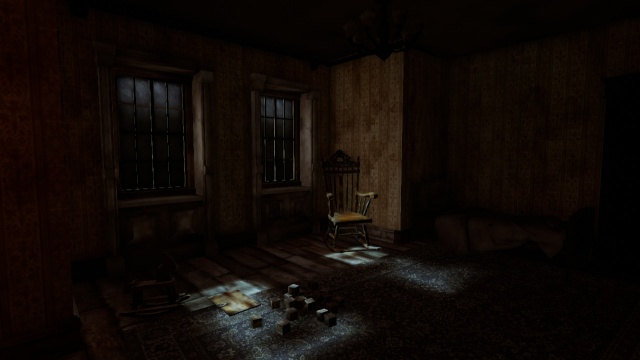 The game clocks in at around 6 total hours – I take my time going through games, so that would be a lower total time for most players. The game has no map, so you have to learn the layout of the mansion. The controls for the Switch version are also kind of bad if you use the joycons. You have to press down on the left thumbstick to toggle running when moving and sometimes this simply does not activate, which is REALLY bad for the final area or while being chased by the female enemy that can instant kill you. The game is a total mixed bag, but most of the bad parts are brought on by the performance issues from being on Nintendo Switch. It just seems like the game wasn’t fully optimized well for the system. If you plan on playing the game portable, you may not notice the problems as much, but the framerate still got to me at times, even in portable mode. Overall, Silver Chains is a decent survival horror game, but I’d recommend another version unless you plan on playing in portable mode all the time.

The Bad:
- Too many corners were cut to get this on Switch and it shows
- Textures are either decent or very bad (pixelated)
- Framerate is very often jittery
- Joycon controls are sluggish
- The game is too dark

Final Rating: 60% - Silver Chains is a decent survival horror that was dumbed down a bit too much to be playable Nintendo Switch.