Yakuza 6: The Song of Life Review

Yakuza 6: The Song of Life continues the saga of Kazuma Kiryu, the Dragon of Dojima, a former yakuza who can't seem to escape from the Japanese underworld. In The Song of Life, Kiryu returns from a stint in prison to find that his adoptive daughter Haruka has gone missing. She is soon found to be lying in a coma in a hospital, the victim of a hit-and-run accident. Adding to the mystery, she was found at the scene of the accident clutching a young son Kiryu never knew she had. Toddler in tow, Kiryu sets off to solve the twin mysteries of who was behind the accident and who's the child's father.

Kiryu's saga as told through the Yakuza games has been a long-running one, but that doesn't mean that you will have had to play all of the previous games to understand Yakuza 6's storyline. The story in the game is self-contained, and while you won't recognize any of the secondary characters or know their history with Kiryu you'll still be able to follow along with what is happening in Yakuza 6. If you're curious about Kiryu's past, the game provides text-based detailed synopses of the prior games' stories. 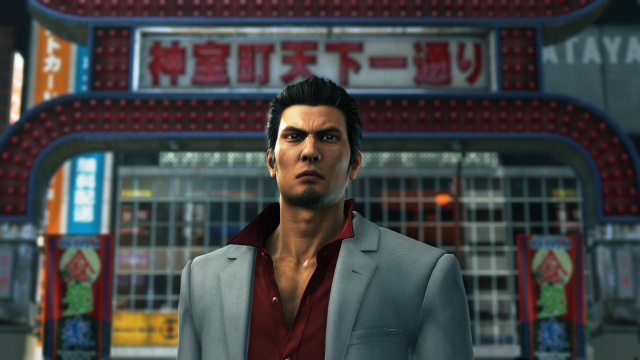 Yakuza 6 continues the series' trademark style of gameplay. The story missions are filled with lengthy, well-acted cutscenes that both convey the game's intricate story and provide a fascinating look into the Japanese underworld. There are plenty of side missions, most of which are designed to provide a dose of comic relief into an otherwise serious story, that are entirely optional but are at the heart of the Yakuza experience. And there are the myriad of distractions offered by Tokyo's entertainment district that you can take part in for hours on end while completely forgetting to track down Haruka's would be killer. Some distractions are essentially mini games like the button-rhythm karaoke game. Others, like Mahjong, are full-featured games themselves. There are also games within the game, as you can visit SEGA arcades and play classic games like Space Harrier, Puyo Puyo, and Super Hang On, or even the more modern Virtua Fighter 5. And then there are the dating sim style online chat and hostess bar games. There's a lot of these activities packed into the game, and part of the fun of Yakuza 6 is finding and playing them all.

The game is set in two open-ish world locations, the Kamarucho entertainment district of Tokyo and the fishing village of Onomichi in the Hiroshima district of Japan. Kamarucho is filled with restaurants, bars, shops, and entertainment venues, and has the feel of Tokyo's crowded and lively streets. Onomichi is a picturesque recreation of a small Japanese town that makes its way up from a small port to temple on a hill overlooking the town. It's the kind of place that you'd love to visit on a vacation, but from a gameplay perspective there's not much to do in the town beyond seeing the sights. The game structures its story so that you only spend a brief time in Tokyo before moving on to Onomichi and spending a number of hours there. The lack of side activities in Onomichi combined with a slow start to the story action - initial activities will include looking for baby milk late at night, soothing a screaming toddler, and ferrying that toddler to babysitters while you go out and bash heads - make Yakuza 6 a bit of a trudge in the early going, but luckily things start to pick up after that. You'll certainly be happy once you reach the point that you make your return to Kamarucho. 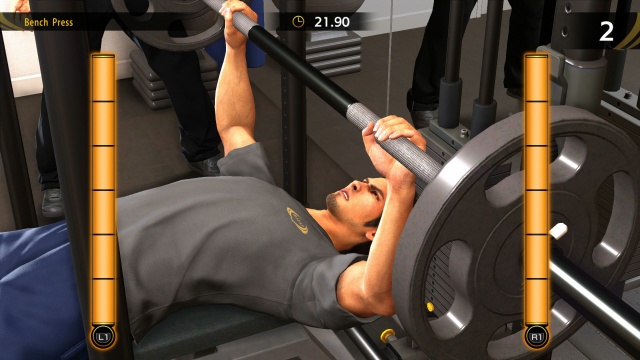 Yakuza games are brawlers, in at least the game's fiction gangsters prefer to settle their scores with fists rather than guns. Yakuza 6 is no exception, although anyone who's played the series' previous release, Yakuza 0, will be surprised to find the fight engine simplified. Gone are the three fighting styles, replaced by a simplified system that lets you exchange experience points for specific moves. The fights are fun because they often pit you against a large number of enemies, a high-powered boss, or even sometimes a combination of both. There is some strategy to the fights, well-time blocks and counters help, as does knowing when to grab an opponent and fling him into his compatriots or when to grab a nearby object and clear the mob out from around you with it. There is also a three-stage heat gauge you can use to pummel your opponents - land enough punches in a chain and you'll trigger a quick-time button sequence that can be absolutely devastating to your foes. My only complaint with the heat attacks is that the same button is used to land punches as is to grab objects, and I often found Kiryu inadvertently grabbing a chair or a bicycle when all I wanted him to do was unload a fusillade of punches. Yakuza 6 debuts a new graphics engine for the series, so the fights aren't constrained to small areas anymore. They can move down the street and spill into a store without the game missing a beat or throwing up a loading screen. Overall, though, the fight engine works well, with responsive controls and fluid, natural animations, and there's always a feeling of satisfaction when you win a fight and are left standing alone among a dozen bodies on the ground.

Winning fights earns you experience, which in Yakuza 6 comes in five categories: strength, agility, spirit, technique, and charm. The number of points and the categories they are assigned to depends on how the fight plays out. Attribute improvements and new skills, moves, and combos are purchased using these points, with each one having a cost in one or more of the experience categories. Fighting isn't the only way to earn experience points, though. In fact, just about everything that you do will earn you at least a little bit of experience. Grab some food at a restaurant to restore your health, experience points. Belt out a few tunes in a karaoke booth, experience. Work out at a gym, experience points. So even if you're taking part in the game's many side diversions, you're still making progress in the game from a character skill perspective. 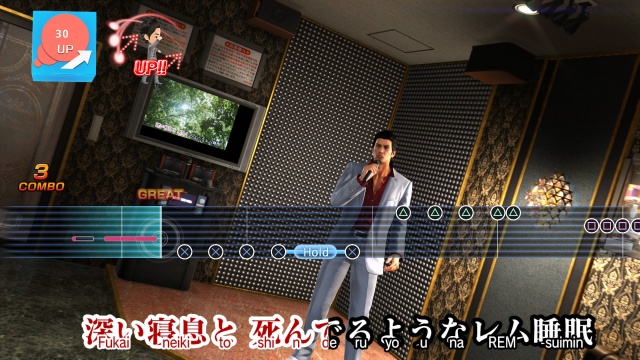 The fights aren't limited to the game's missions. You can encounter wandering gangs of yakuza, thugs, or other miscreants and launch into an impromptu street fight. Relatively early in the game you'll pick up the Troublr app for your phone, which is kind of like an Uber for vigilantes. Someone will put out a request for help on the app, and then you can decide whether or not you want to accept the "Trouble Mission" to help them out. There's also a new clan wars feature in which you recruit your own street gang and then have them battle rival gangs in real-time strategy game style street fights.

I enjoyed my time with Yakuza 6, but I don't feel like it is the strongest game in the series. The story is interesting enough, but I didn't find it nearly as engaging as in some of the prior games. Onomichi is a nice enough location to visit, but the game has you spend too much time there for what it has to offer. And I miss the fighting styles of Yakuza 0 and the strategic element they added to the fights. If you're new to the series, you'll have fun with the game, but fans of the series will probably be left feeling like they expected more out of Yakuza 6.

Final Rating: 85% - A good Yakuza game, but not the best the series has to offer.