If you've been playing fighting games since the days of the original Playstation or the early days of the Playstation 2 then you will most likely remember the Dead or Alive series for its highly stylized visuals and eye-popping female cast. The series has mainly been exclusive to Xbox since DOA3, but Tecmo has started to release it on both consoles again starting with Dead or Alive 5. Dead or Alive 5 faithfully keeps the same graphical look that the series has maintained thus far and changes up the fighting mechanics just a bit to where it feels much more rewarding to play and compete when compared to past DOAs.

Dead or Alive 5 still has the same overall fighting gameplay as the past game in the series. The game has a paper, rock, scissors style of gameplay where hold beats strike, strike beats throw and throw beats hold. This time, the counter (or hold) has been tweaked to where a fighter does not hold out their hands to counter a move as long as past DOAs. This makes countering depend much more on precise timing and luck more than simply reacting to an attack. No longer can I just sit back and press back + hold against a striking opponent to counter their assault of attacks, which is a good change of pace for the series.

Techniques known as "Critical Burst" and "Power Blow" moves have been added to the move list for each fighter as well. When fighting an opponent, you can perform a heavy attack that will put the character in a critical stun to where they cannot block or attack. The only way to escape a critical stun is to counter (hold). A flashing portion of the life gauge shows how much more a fighter can take in hits before the fighter reaches a red critical stun state. Once the red critical stun state is reached, the attacking player can perform a critical burst that will stun the opponent to where the character cannot do anything. The attacking player is free to hit the stunned player with any sort of move at that time and the stunned player cannot recover in any way. 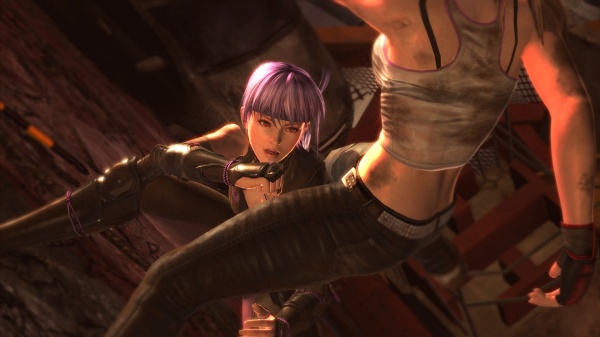 The Power Blow can only be activated once per round when a player is lower than half health. The player's life gauge will glow red to signify that a power blow can be performed at that time. A power blow is a charged attack that leads to a string of several hits that will take off tremendous damage at it sends the opponent flying into the background. The power blows all have a unique look that will stop the flow of time to show off a certain portion of the combination that hits the opponent (much like a super move). Power blows look quite flashy and they can turn the tides of a battle if performed with good timing. There is also a tag variation of a power blow that can be performed in tag modes when both characters on a team have low life.

There are 24 characters altogether in Dead or Alive 5. The only missing characters from past DOAs are Leon and Tengu. Some of the older characters have a new look to them. Bayman has a much more distinguished soldier look and Bass has an overall cleaner look to him. Along with the returning cast is Rig and Mila. Rig is a taekwondo master that is searching for his true identity and Mila is an up-and-coming MMA champion that is a fan of Tina of Bass. The two new characters fit into the existing lineup of characters perfectly. There are also three Virtua Fighter characters that have been thrown into the mix. Akira, Sarah and Pai join the cast of Dead or Alive this time. They play just like they did in Sega's Virtua Fighter 5 for the most part.

The majority of characters have up to eight unlockable outfits that can be unlocked by playing through single players modes. As usual, the males get short-changed with only about four outfits each while the females get at least five to eight outfits each. Speaking of single player, the game has a much longer story mode this time. The story mode is very cutscene driven and explores the individual storylines of just about the entire cast as the fifth Dead or Alive tournament is announced. The majority of the cast is playable in story mode. Story mode can get quite boring during the starting of it. The story feels so very long and doesn't get to the point quick enough. It plays around with simple plotlines in order to get all characters involved throughout the whole process. The story follows a timeline, so the plot is constantly jumping all around the place like a Quinton Tarantino movie. 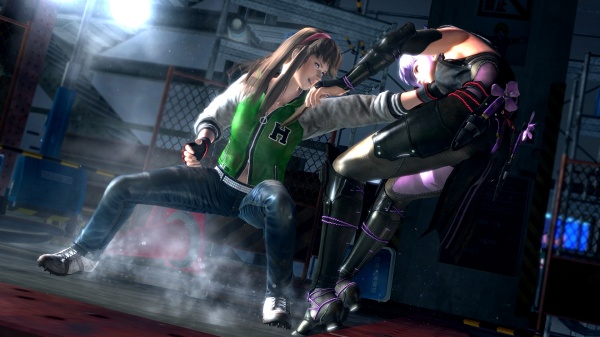 The ending of the story mode does get interesting, but overall the miniscule story in past games was more sufficient since we got to the point quicker. Story mode is like a tutorial mode as well. It will give a player a new objective per fighting stage. The objectives start out simple (hit a fighter with 5 strikes, block so many strikes in a row) then it will get into more advanced techniques as the difficulty rises. The difficulty of my opponents got so frustrating toward the end of story mode that eventually became too easy to simply not pay attention to the tutorial objective and just beat my opponent. This is bad since I passed over some very useful techniques that the game doesn't teach me otherwise. Techniques such as Critical Burst and Power Blow are taught and dissected in story mode. If you miss one, it's hard to go back through the timeline list and find that exact tutorial level since the timeline only displays the characters.

The game has the usual Versus, Arcade, Time Attack, Survival and Training mode for offline modes. All of these modes can be played solo or with tag teams. The training mode is quite nice for a player that is willing to become better with a certain fighter. Players can go through a command training exercise and practice each move for each fighter or have them demonstrated. Move list details can be displayed and they go into some heavy detail for each fighter's moves such as damage, type of attack and even frame data for the attack. There is really not much reason to buy a strategy guide for this game other than learning some of the more advanced combos.

Past DOAs have been known for their stage hazards dubbed "danger zones" and DOA5 is no exception. DOA5 has the most danger zones out of any DOA yet! The danger zones can get quite cinematic this time and put the background or actual arena into utter chaos. There is one stage where players fight along a platform that can be tilted if a player gets knocked along the side. A player can get knocked off the side of the platform then get involved in a car wreck below followed by an intense explosion that sets the surrounding bottom area ablaze. There is one stage where a train wreck can occur in the background and there is another where two players duke it out in the middle of a battlefield. The majority of the stages look quite lively and have a lot of eye candy on the stage at once. There are extremely simple compared to others though. The game has over 15 stages.

The DOA series is well known for its highly detailed graphics and DOA5 is no exception in that category. DOA5 looks just as beautiful as past DOAs with its characters and environments for the most part. Each fighter looks smooth and highly detailed. The game has added new effects such as sweat and the overall look of getting drenched. Sweat can be seen on the skin of your fighter after intense matches - it will sometimes trickle down the fighter's head.

DOA5 has a spectator mode where you can watch two fighters go at it. Your own replays or replays recorded from online can be seen in this mode. A player can view each fight and tilt the camera then take snapshots of the on-screen action. Photos can be saved to an album and viewed later. The game has a list of several unlockable titles that can be gained in all the different modes (online and offline). Each story objective gives a title upon completion and several more titles are unlocked in offline and online modes. Titles can be added to your online profile just like in other online fighting games.

DOA5's online mode is much the same as in other games. The game has simple matches (player matches) and ranked matches. Simple matches can be played through a lobby system. Each player can wait their turn to fight while watching the current fight through spectator mode. There is a text chat that is displayed during the lobby screen and spectator mode that allows players to communicate briefly with each other. Fighters can be registered to a list and throwdowns (fight requests) can be sent out at any time while you and the other player is online. Overall, the online fighting had only minimal command lag while I played online. Every now and then, I would get a slight stutter in the gameplay, but overall the fighting played out smoothly. 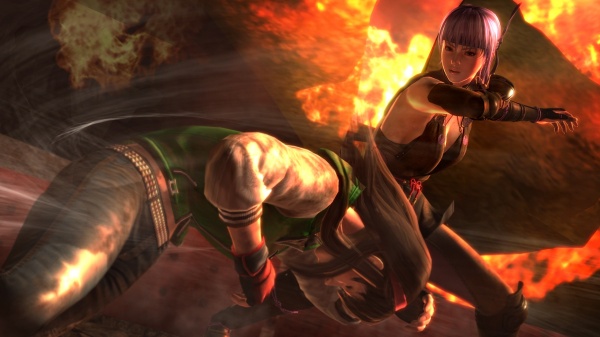 Dead or Alive 5 is a much more refined fighter than past DOAs. The fighting system is still just as easy to learn as it always was but some more complex moves and enhancements have been made that might make it more appealing to a hardcore fighting game fan this time. It's worth a shot to take a look at this game even if you weren't a fan of DOA in the past. The game still plays out just like your standard DOA game, but the new enhancements do improve the overall gameplay somewhat. DOA really needs to focus less on story and more on its overall gameplay content for future games however. Once the extremely prolonged story mode is finished, unlocking costumes is about the only thing left to do. The online is just as good as other fighters for players that will spend much of their time online however.

The Good:
+ A few tweaks and additions to the DOA formula that makes the gameplay better
+ Very in-depth training mode options
+ Graphics for characters and environments look great

The Bad:
- The story mode is very long and boring
- Overall lack of offline mode content

Final Rating: 78%. Dead or Alive is back for its fifth bout and this time it changes up its gameplay a bit more than past games!