You would think World War games had run their course years ago. However, there are so many stories that haven't been told. Some stories are as factual as possible, maintaining a level of authenticity which requires hours of research and in which each element is meticulous. Other stories tend to bend the facts and build their own interpretations. Of course, everyone has their own preference. To me it doesn't matter all that much as long as it is done tastefully and is a polished game. Blackmill Games and M2H have brought their second interpretation of World War I to life called, Tannenberg. Tannenberg is a standalone expansion of their previous release, Verdun. Based on the Eastern Front in East-Prussia, Tannenberg is well in the camp of World War I authenticity.

Tannenberg has three game types to choose from, Maneuver, Attrition warfare, and Rifle deathmatch. Attrition warfare is like team deathmatch with respawn tokens. Each team has a set number of tokens and with each respawn a token is deducted. The team loses when all of their tokens are gone. Rifle deathmatch is a free for all match with, you guessed it, rifles only. You can customize your rifle with accessories to your preference. Both game types never had any players in queue so I never had a chance to experience them. No matter, the action is all in the Maneuver gametype which is a 64 player match of conquest. Even if there isn't a full match the remaining slots are filled with AI. Each point captured gives your team an advantage such as restocking bullets and grenades, calling in artillery, or a recon plane. Each team starts at their respective headquarters and works their way from point-to-point trying to capture as many as they can to gain the upper hand. Each point captured also gives you multiple places to spawn. The major spawn is the point itself while there are typically two other smaller spawns to the north and south of the current point held. The choice is yours, though evaluating the map and determining where your team needs you is advised. Spawning at a point with no support is surely not going to end well for yourself or benefit the team. Each team is split into squads of four and in most of my experiences players do tend to stick together even with little to no communication. There is team, global, and voice chat, but they're not really utilized. Using the map to reference where other players and squadmates are will suffice. There are currently six authentic battleground maps each with their unique scenery and atmosphere such as snow, fog, and dusk. It is nice to have variety, but the atmosphere is really just aesthetically pleasing and in my opinion doesn't play much into gameplay or strategy. 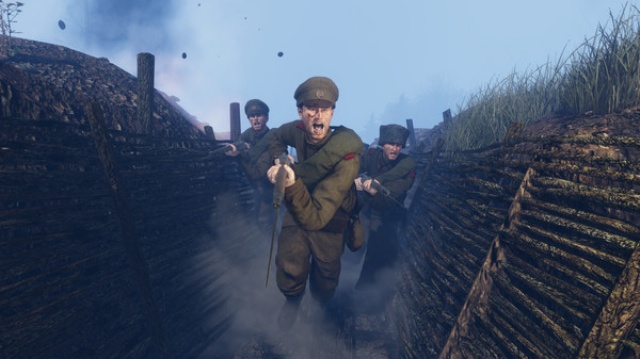 Tannenberg is stacked with varying arsenal from the Entente and Central Powers. Entente are the Cossaks, Frontovik, and Romanians while the Central powers are Austro-Hungarian K.u.K., German, and Bulgarians. While I know very little about each power you can tell the developers spent a lot of time making sure the uniforms and weapons used are very authentic. There are over 50 weapons to select from, each with their own characteristics. Since this is World War I we are talking about there are really only single shot rifles and pistols. The only fully automatic weapons in the game are the mounted heavy machine guns at each control point. Even those have limited ammunition so use them sparingly. Each squad and power you choose has a four player build, Lieutenant, Rifleman, Gunner, and Grenadier. The selected power will determine the weapons for each class within the squad. Each class then has three different builds to choose from which are unlocked with skills points from leveling your character. However, with as many weapons as there are to choose from there doesn't seem to be much variety in these selections. Sure, each weapon does different damage, range, or reload speed, but no matter which class or power I played each kill was with a single shot. The variety really comes from the type of class you select which determines your arsenal. Lieutenants can set waypoints for your squad and the other players to follow. This helps facilitate attack points or coordinate defense. They can also call in support via recon, gas bombs, or mortar strikes. This by far is the most entertaining class and most versatile in my opinion. The other class' abilities again vary depending on power selected, but the majority of them will have the ability to resupply ammo, grenades, and the HMGs. The problem is not necessarily knowing the capabilities of your squad and in order to leverage the bonuses. I don't think it weighs too much into every game, but is nice to feel like there is some variety. 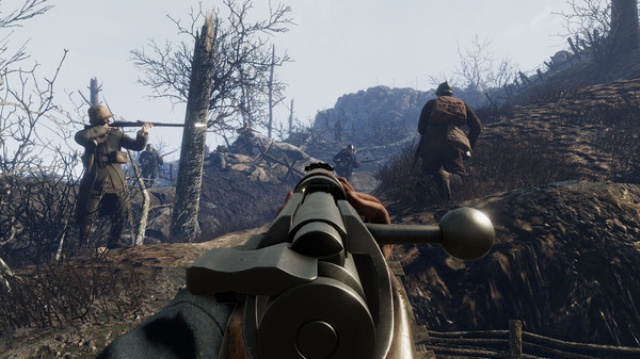 The overall experience with Tannenberg is great. Their downfall right now is low player population especially on the US servers. The saving grace is the locale can be changed and the EU server is usually loaded with players. This of course increases the response time if within the US but is barely noticeable. Another downfall is the lack of differentiation in weaponry for the class selections. It is difficult to tell which set of weapons to choose from which boils down to trial, error, and preference. It's not the end of the world but it would be nice to see stats before making a selection. Anyone remotely interested in a fresh authentic take on a World War series should give Tannenberg a chance.