Over a couple of days recently I had the opportunity to test drive, if you will, Criterion's newest racer Need for Speed: Most Wanted. If the name sounds familiar it probably should since that's the same name as an Xbox 360 game from a couple of years ago. However the games are unrelated. I mean they are both Need for Speed games, but that's it. It's just one of those things that happens.

One of the first things I noticed in Most Wanted was that there wasn't really any story. It's just you racing around a city doing whatever you want. The “Most Wanted” in the title refers to the most wanted drivers and cars in the city. At certain areas in the game you can challenge a Most Wanted driver and if successful you unlock one of the Most Wanted cars. There are 10 most wanted cars but the vast majority of cars are already unlocked, all you need to do is to find them. In the couple of hours I had with the single player I focused the majority of my time exploring the city of Fairhaven looking for as many cars as I could find. I was able to track down 38 of them and each one had a different driving feel to it. All of them were very detailed, and having driven a few Porsche's earlier in the day I can attest that the in-game models are very accurate. 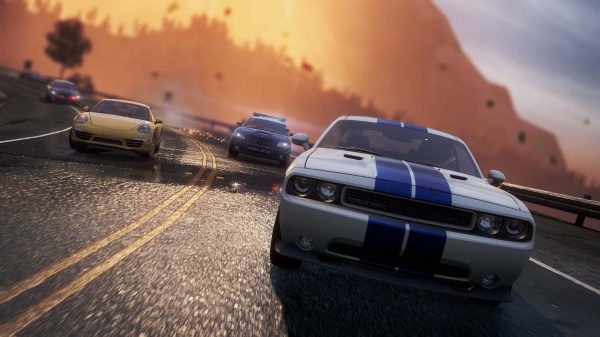 Most Wanted has a lot of social components that are build right into the gameplay. Most of these are things like informing you that one of your friends just beat your time in a certain race. My favorite during the time we played was having my profile photo show up on billboards that I had crashed through and gotten the most air. Whenever I saw someone else's photo on a billboard I would take a few minutes and try and get my face back on there. There are many other areas where you are constantly being compared against your friends like speed cameras and time trials.

We also got some time with the multiplayer. It did take a little while for everyone to figure out that we all needed to meet in a specific area for any of the multiplayer races to start (players would show up for a second, ram a few cars, and then bolt off before everyone was there). Once we all figured out what we needed to do to start an event they were pretty fun. I only played a few rounds of the multiplayer events and they included simple get to the finish line first events, but there was also one that was an event where we needed to get the most total air off of a series of off-road jumps. I could see that getting the right vehicle would be a big part of preparing correctly for any given event. I think there were some “team” events where you and a couple of friends get points against another group, but to be honest I couldn't be sure about that. We'll have more on that in our full review. 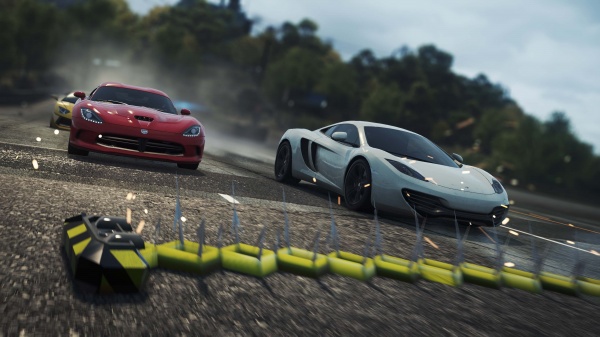 Returning from the last Need for Speed game is the Autolog. I didn't really get a chance to dive too much into that or the wide assortment of customization available for each car. I could tell that it was possible to upgrade various part of your ride and there seemed to be about four or so different areas that could be customized. Again, we'll have more on that in the full review. There was also Speed Points (think XP) that you gained throughout the game and these would be used in the upgrading.

Finally I spent several minutes with the Kinect to see if it really is “better with Kinect”. Kinect allowed you to skip past many menus with just a word or two to update various items and while it didn't seem like a major game changer I can certainly see where being able to bark out a few commands to change tire types on the fly was certainly a timesaver compared to going through the normal menu system. And that could sometimes be the difference in first and second place. 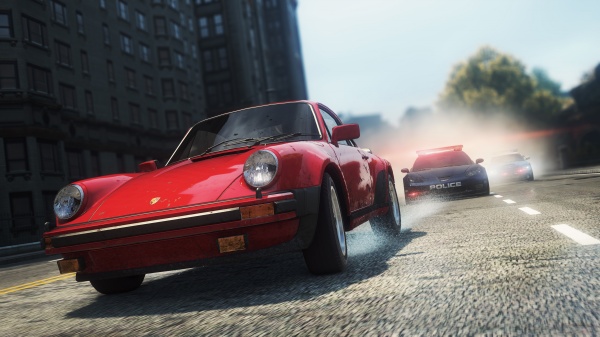 My overall impression was that Most Wanted was a fun arcade type racer with a couple of interesting ideas. I liked that most cars are unlocked and just need to be found to use. I also like the ongoing social involvement with friends and seeing what records of mine they just broke. I wasn't too thrilled with the very aggressive police chases. They seemed a bit much and would escalated quickly. I found that I was spending way too much time running from the police than just driving around enjoying myself.

So it looks like Most Wanted has the right stuff but we'll know for sure when it releases in a couple of weeks so be sure to check back for our full review.

All Need for Speed Most Wanted previews