SYNDUALITY takes place in 2222, years after a mysterious poisonous rain called “The Tears of the New Moon” wiped out most of humanity and birthed deformed creatures that now hunt the population. Amidst the calamity, humans are forced to build an underground haven named Amasia, where they discover and begin to collaborate with forms of artificial intelligence called Magus. 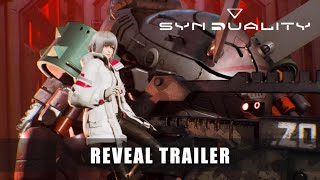