Assassin's Creed Revelations follows master assassin Ezio Auditore as he walks in the footsteps of his legendary mentor, Altaïr, on a journey to recover five ancient seals that hold the keys to the future of the Assassins brotherhood. It is a perilous path – one that will take Ezio to Constantinople, the heart of the Ottoman Empire, where a growing army of Templars threatens to destabilize the region.

Assassins and zombies joining Xbox Games with Gold in April
3/23/2017: Assassin's Creed: Revelations and The Walking Dead: Season 2 are among the free Games with Gold games that will be available for free in April. 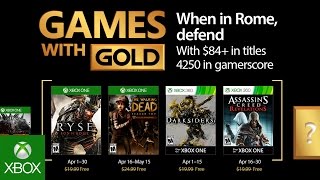