South of the Circle Review

The “Circle” in South of the Circle is the Antarctic Circle, and that’s where the game opens. It’s the early 1960s, and you play as Peter, a researcher from Cambridge University on his way to Antarctica to study climate patterns. Unfortunately, a blizzard brings down your light plane short of the research station and the pilot is injured in the crash. Your only hope is to set out on foot into the blizzard and try to reach the station for help. As you wander into the blowing snow, your mind begins to wander to the past, the events that led you to Antarctica, and to Clara. 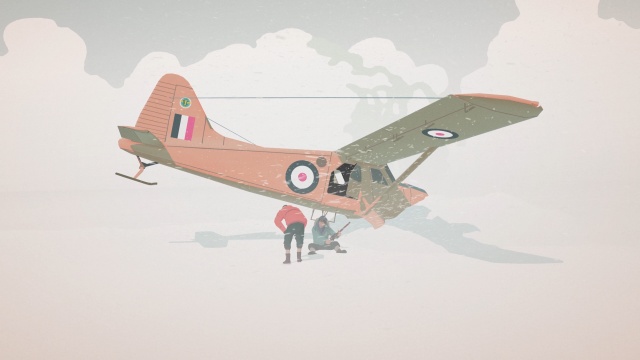 South of the Circle is a narrative game that intersperses Peter’s struggles to find help in the most remote and desolate place on Earth, and his career as a professor and researcher at Cambridge from the time he met Clara, another professor at the university. The story of their developing relationship, both academic and personal, is set during the height of the Cold War and the events of those times have a direct impact on their lives. Student protests, the misogynistic politics of Cambridge, and the militarization of academic research all play a role in their story, as does the timeless “publish or perish” pressure of academia. The two stories, the past and the present, move forward through their respective timelines as you make your way through the game, eventually the story in the past connecting to the present of the game’s opening.

South of the Circle is primarily a narrative game, a story to be experienced more than it is to be played. Conversational scenes often play out with little interaction from the player. When it comes time for a response, you’re presented with a variable number of symbols. The symbols indicate the nature of your response rather than the wording, leaving you to direct the emotional turns of conversations rather than the wording. The symbols used aren’t all that intuitive, and you’ll spend a portion of your time with the game at the beginning referring to the symbol key in the pause menu. You’re only given a short window to select your response, if you take too long to decide, the game will pick one for you and keep moving along. On a few occasions you will actually be given a choice of specific answers to a question. These are major decisions and the game will hold onto your responses for reasons that you’ll only entirely discover once you reach the end of the story. 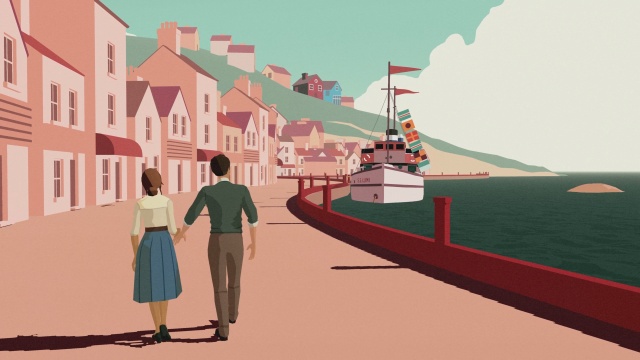 There are other sequences in the game that play more like traditional adventure games in that you navigate an area looking for objects to interact with, but there’s no puzzle-solving or anything like that. This is a game where the story is everything, and that story is quite compelling. I found myself thoroughly engrossed in the story, and trying to drive things toward a happy ending for Peter and Clara. I won’t share where things ended for me because doing so would spoil the story and the experience, and you’ll only fully appreciate the story’s theme once you reach its conclusion.

South of the Circle tells a compelling story, and the minimalistic animated art style and excellent voice-acting make it an absorbing experience. It’s easy to recommend to anyone interested in experiencing a story with themes not usually touched on in games, but if you want a lot of gaming in your games you’ll probably want to pass on this one.

Final Rating: 84% - A thought-provoking journey to the bottom of the globe.