Neo Cortex, N. Tropy, Uka Uka, and friends have been spending the intervening years since Crash Bandicoot: Warped imprisoned in a quantum bubble, but they’ve been busy. N. Tropy has developed a Rift Generator, and manages to use it to create tears in time and space, allowing them to escape from their prison and set out to conquer the multiverse. Crash’s protector, the enchanted witch doctor’s mask Aku Aku, immediately senses that something is wrong in the universe and sets Crash off on a quest to make things right again.

The game can be played in one of two ways: Modern or Retro. Modern uses a checkpoint-based gameplay system – lose a life and you’ll return to the last checkpoint that you reached. Retro plays like Crash games past, your lives are limited and losing your last life will end the level. Luckily this choice is not permanent, because if you overestimate your skills and select Retro you can switch to Modern at any time. If you’re unsure which way to go, go Modern. Crash Bandicoot 4 is a challenging game and you’ll probably want to get a feel for it before making it even more challenging for you.

If you’ve played the old Crash games, the gameplay will instantly feel familiar to you, especially in the opening level which is a tribute medley of all of the gameplay styles the old games would throw at you. Pitfalls, moving traps, enemies pacing around, they’re all there, of course, but so are the side-scrolling platform sequences, the rail grinding challenges, and the chase zones that have you running headlong towards the camera. 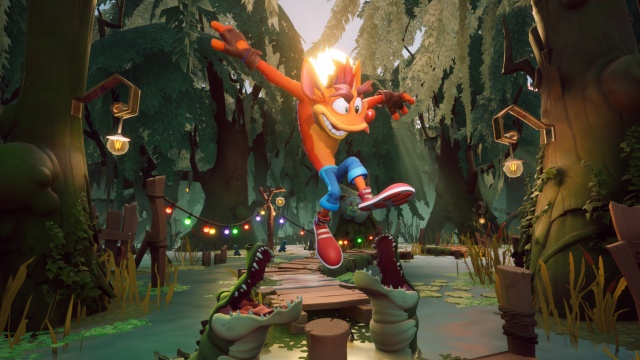 The opening level’s tropical jungle setting is also a classic for Crash games, but you’ve never seen those jungles rendered so stunningly. Crash Bandicoot 4 takes full advantage of the resolution and color depth capabilities of the Xbox Series X. You can see why it took months to bring the game to next-gen – it received more than a cursory graphical update. The colors really pop, turning the game into something that rivals the best animated features, and the worlds are their inhabitants are filled with detail and move with lifelike fluidity. The game has no trouble cranking out 4K visuals at 60 FPS, and quite frankly is probably the best-looking platform game I’ve ever played.

You can choose to play as Crash or Coco at any time, but the differences between them are purely cosmetic. Each can dispatch enemies by jumping on their heads – at least those without spikes or other defenses to protect them from vertical strikes. In those cases you must rely on their spin moves which can send enemies flying off of platforms, down a pit, or even into other enemies. Some enemies swing weapons or fire projectiles, so you’ll need to mix up your attacks as you make your way through the levels. The enemies in the game are another form of obstacle, though, so you also have the option of just slipping by them if you can manage it. Your primary goal, beyond making it to the end of the level that is, is to find and break all of the crates in each level.

Crates are as big a part of Crash 4 as they’ve always been. You’ll want to smash them all for a few reasons, the first being that they usually contain Wumpa fruit. If you’re playing in Retro mode, accumulating Wumpa fruit will earn you extra lives just like in the old days. In either mode, Wumpa fruit collection will help you to earn gems when you complete the level, and collecting all of the gems for a level will unlock new skins for Crash and Coco. Destroying all of the crates in a level will also earn one of these gems, but this can be a bit challenging. The game likes to hide the occasional crate somewhere where you won’t see it if you’re not looking for crates hidden somewhere where you won’t see them. Crates are also often used as bridges across gaps, so you’ll need to break the stacks that sit between you and oblivion while carefully not falling into oblivion. There are also brief optional challenge areas in each level that are almost as much a puzzle as they are a test of your platforming skills, so getting all of the crates in a level and snagging that gem is not necessarily that easy to do.

Crash 4 isn’t all classic gameplay, it throws in some new challenges as well. Quantum masks can appear at certain areas of levels and each has a unique power that is integrated into the gameplay. Lani-Loli phases highlighted objects in and out of physical existence, making crates and platforms alternate between being solid and pass-through. Kupuna-Wa slows down time, making moving platforms easier to land on or making it possible to slip past fast-moving enemies. Akano controls dark matter, meaning that you’ll be able to unleash its energy to break the unbreakable or change movement patterns in platforms. Finally, Ika-Ika gives you control over gravity, making up down and turning ceilings into floors. 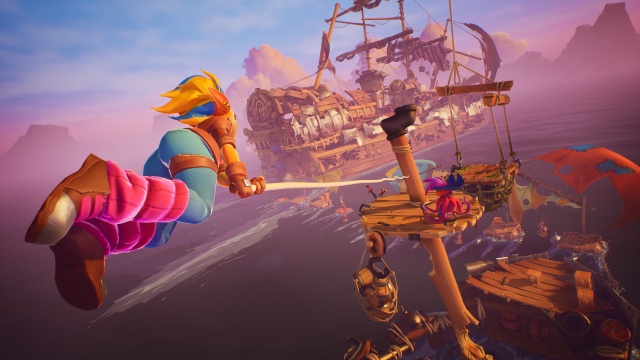 The game also mixes-up the classic gameplay by giving you the chance to play as other characters with different abilities, such as Tawna, a bandicoot from another dimension. Tawna’s comes armed with a hookshot that both takes care of enemies and provides a means of traversal. Not surprisingly, her levels are designed with plenty of long gaps and verticality and play differently than the Crash/Coco levels. There are also special levels known as Timelines. Timelines give you the chance to see some parts of the story from a different perspective, a look behind the scenes at events that had an impact on your gameplay but that you didn’t know it at the time. In addition to Tawna, Flashback levels also feature other characters, Dingo and Cortex. Like Tawna, Dingo and Cortex have their own unique playstyles. Dingo has a vacuum gun that helps him float or gives his jumps a boost, while Cortex carries a ray gun that changes creatures to platforms. Like the Tawna levels, the Dingo and Cortex levels are designed to take advantage of their special skills.

You can also unlock special flashback levels by finding VHS tapes in the regular levels. These levels take place in the past, when Cortex ran Crash and Coco through his test chambers. The flashback levels are puzzle-focused and challenging, and even look like a flashback as they look as if you’re watching a well-worn VHS tape on a CRT screen.

There are also ways to experience the levels that you’ve completed in different ways. Anyone who’s played Crash games before will recognize the time trials, which challenge you to complete levels as fast as possible without losing a life. You can also replay levels with friends in Pass N. Play – play alternates between players on each death or checkpoint – and Bandicoot Battle – in which players compete against each other in time trials or crate combo scoring. Replaying levels doesn’t get any weirder than N. Verted mode, though. You’ll play the levels backwards and each will have a unique and completely strange look to it that’s nothing like what you saw on your first time through. 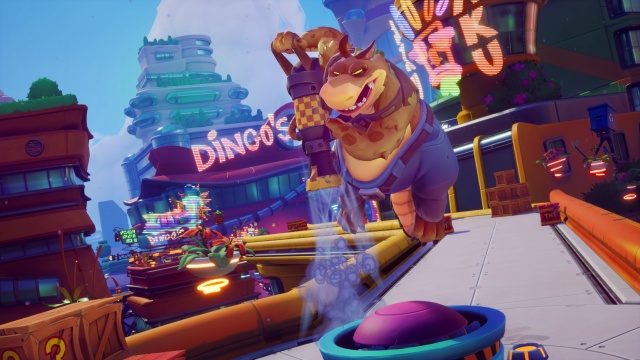 Crash Bandicoot 4: It’s About Time is a great platform game in its own right, but what’s even more impressive is that it’s managed to capture the feel and spirit of its predecessors while adding new gameplay features that fit perfectly alongside the old. It’s both a great tribute to a storied franchise and a game that feels completely modern. Crash Bandicoot 4 will appeal to those with a sense of nostalgia for the bandicoot’s adventures past, as well as those new to the franchise who are looking for a challenging, enjoyable, and gameplay-packed platforming adventure.

Final Rating: 92% - It's about time we had a next-gen Crash Bandicoot game, but it’s been worth the wait.