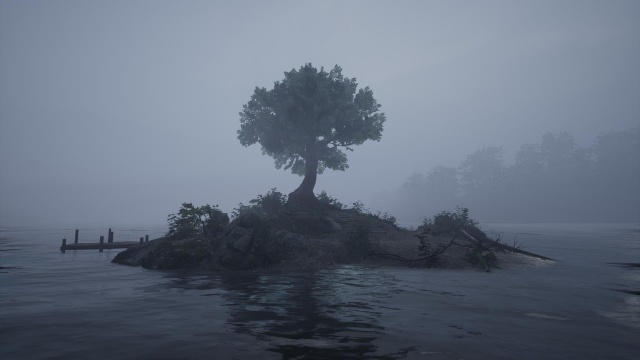 Martha is Dead takes place during World War 2 in German-controlled Italy. Twin sisters Martha and Giulia (pronounced “Julia”) live at their nanny’s estate. One morning, while out taking photos near a lake, Giulia discovers Martha’s body floating in the nearby lake. The parents of the sisters discover the two at the lake and the mother mistakes Giulia for Martha. To not disappoint her mother, Giulia assumes the role of Martha in the days that come as she tries to find out what exactly happened to her sister.

At its core, Martha is dead is a walking simulator exploration game with puzzles and minigames. A good bit of the game is spent running from here to there and examining objects and items. The overall open world is mainly composed of your house and the woods and trails in front of and behind it. The game does expand out a bit more toward the end of the game. The game has many hidden areas, that are not part of the main story, to discover in the forest area and the areas that surround the house.

The minigames have a lot of depth to them to make them seem more realistic. For instance, you’ll take many photos of scenery and objects and in order to do so, you must set up your camera (with tripod) and go through several options in order to configure the perfect photo. Photos must have good focus, zoom, and other stats in order take a great shot of your subject. The overall photo taking is an overall nice touch to the game and you’ll be doing it often. 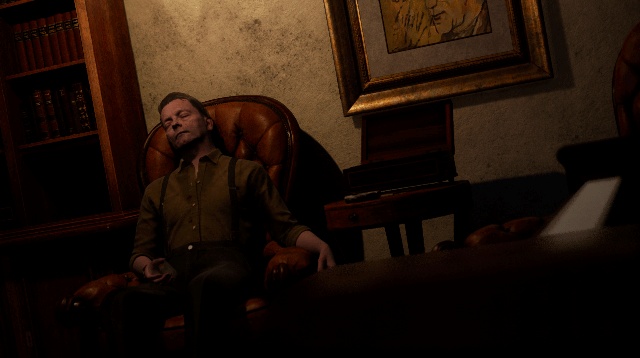 After taking photos, it’s off to the dark room of your house in order to develop the photos. You must line up the photo under a projector and configure other options before you dip the photo in solution to display the image. The dark room portion of taking photos gets a bit tedious and lengthy when you have multiple photos to take. The game also has a Morse code minigame where you have to send code and decipher code that is sent to you – this is an extremely lengthy minigame and, thankfully, it’s optional. There is also a very cool puppet show type of minigame. You make decisions that drive the story forward during a puppet sequence. The puppet minigame are basically interactive cutscenes that drive the story forward.

The absolute best part about Martha is Dead is its story. This is the type of story that will have you going on the internet to look up plot analyses shortly after playing it. The story is so open-ended and leaves much of the plot up for debate once the game is finished. If you like Silent Hill stories or piecing together Dark Souls lore, you’ll probably enjoy Martha is Dead’s overall plot.

Even though this game is not a true horror game, it’s hard not to recommend it to horror fans. This game’s disturbing scenes will stick with you. These scenes are so very well done. The game plays some extremely eerie sounds during these scenes that definitely increases the uncomfortable feeling during them. These scenes raise the question of “Wow, did I just really see that in a video game”? The game even goes as far as to put a cutscene skip button icon on the screen during these scenes and one even has a censor filter that you can turn on or off (on the Xbox version) before watching the scene.

The overall sound to this game is very fitting. By default, the game has Italian language with English subtitles. It also has English voice acting that is quite good! The graphics look really good as well. You can tell that a lot of dedication went into the overall production of this game with how good it looks. It has some great looking visuals, especially when it comes to gore. On Xbox Series S, it seems to run at a consistent 30-40 fps. 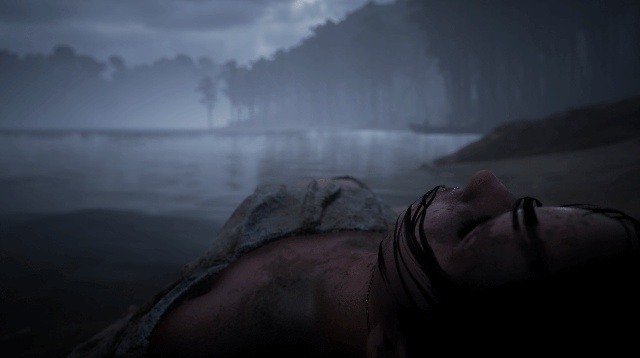 While Martha is Dead might not win any awards with its gameplay, the game certainly has a great story to tell. I’ve played many games where the story wins me over even when the gameplay isn’t all that amazing. Anyone remember Rule of Rose? Martha is Dead’s gameplay does not fall flat like Rule of Rose, but it kind of reminds me of the feeling I got from that game where the story far outdoes the gameplay. Martha is Dead has many side quests and hidden features that you are not likely to find on your first playthrough, so it has a good amount of replay value. Just the story alone might have you replaying the game. If you’re a fan of games with interesting stories, be sure to give this game a try. Martha is Dead far outdoes the developer’s previous game “The Town of Light” in just about every way.

The Good:
+ Very good story altogether (easily the best part of the game)
+ Soundtrack is really good (especially for atmosphere)
+ Some of the most disturbing scenes I’ve seen in gaming
+ The puppet show later in the game is a very nice way to tell the story
+ A good bit of extra stuff to do aside from the main story, which adds replay value
The Bad:
- The overall gameplay can get boring
- Some of the minigames seem overdone and tedious

Final Rating: 75% - Martha is Dead has scenes that will stick with you long after you turn off the game making it a very memorable experience.