Dishonored 2 takes place fifteen years after the events of the first game. Emily Kaldwin, a child when her mother the Empress was assassinated, is now fully grown and the Empress herself. She isn't particularly happy in her role and feels she still has a lot to learn, but the guidance of her father and protector, Corvo, has kept her on course. Not all is well in the empire, though. Emily is opposed by a number of prominent citizens, and making matters worse, those who oppose her are being systematically murdered by a mysterious assassin known as The Crown Killer. During a celebration in honor of Emily's slain mother, an unexpected visitor, Delilah, arrives and lays claim to the throne, declaring herself to be the late empress' sister. At this point you will need to choose to play the game as Emily or Corvo, with the one not chosen relegated to being frozen by Delilah for the duration of the game.

First of all, you can play Dishonored 2 without ever having played the first game, but you won't get as much out of the story as someone who has. Even the opening paragraph of this review will mean a lot more to Dishonored players than to those new to the series. That being said, new players will still be able to enjoy the game. A tutorial set outside the game's story will give you a chance to try out all of the basics of combat in the game before you actually have to use any of those skills, and the game doles out your new powers in a steady progression so that you'll get the chance to figure out how to use them even if you haven't seen them before. And the core of the story certainly stands on its own, with the game's new location, Karnaca, ensuring that all players are walking unfamiliar streets for the first time.

Whether or not you're new to Dishonored, Karnaca is a fascinating place. The game creates its own richly detailed reality that looks like it was inspired by a steampunk vision of Victorian England in a parallel universe on a different world. Those who take the time to explore will be rewarded with an even more detailed look into Karnaca as books, note, letters, and the like abound, giving deep insight into its politics, geography, and science, as well as glimpses into daily life in the city. It's such a richly detailed world that it feels like something that's been a part of our literary heritage for years rather than simply a setting for a game.

The fact that you have to work to find so much of this information makes it even more precious once you find it. Rooms, apartments, labs, and more are locked away behind locked doors or barricades, but there's always a way in. I found myself constantly keeping a mental picture of the surrounding architecture, noting spots that must certainly hide an open space and then solving the puzzle of how to get inside. Often there is more than one way to accomplish this, the game choosing to reward more than one creative answer than a single predetermined solution. Your void powers are certainly a big help in getting into the game's hidden spaces, giving you the power to teleport over alleyways and up to second story balconies. The game gives you the option of forgoing your void powers pretty early on in the story, so choosing this path will certainly cut down on the number of traversal options open to you. Those of you who don't want to try and keep a 3D map space in their heads will be aided by the game's Heart, an artifact that when equipped will tag all of a level's power-enhancing bone charms and upgrade currency runes for you, many of which are tucked away in the game's hidden spaces. 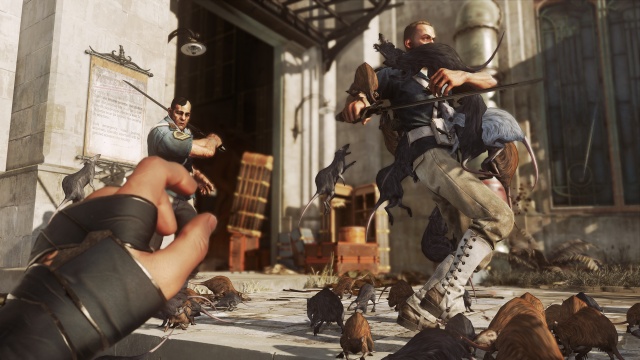 The levels are self-contained spaces, so don't expect an open-world - the game isn't GTA Karnaca. However, they are all large enough to give you multiple ways to get through them, both in terms of traversal and objectives. Stick to the rooftops or scurry though the back alleys; it's up to you. While certain sections of the city aren't too distinguishable from one another in terms of character the game does include some memorable locations, the highlight of which is the Clockwork Mansion. This is a mad mechanically-inclined architect's dream, a building with changing walls and floors, rotating rooms, and other diabolical inventions that will truly test your navigational skills and sometimes your sanity. What really makes the whole thing amazing is that the game creates it in such a way that will have you convinced that such a place could be built to work like this. As walls rotate and floors move, you'll be able to see all the motion and the spaces from which they emerge and into which they disappear. And, if you manage to make your way behind the walls of the mansion, you'll see the machinery in place that makes it all work. It's a fascinating and memorable level, and a place that you'll wish you could actually visit someday.

The same dedication to giving you multiple ways to make your way through the levels applies to the game's levels' objectives, but in this case even more so. It's not just a matter of whether or not you want to take a stealthy or confrontational approach, or walk a violent path or a merciful one, but in how you go about accomplishing your chosen style of play. How you clear a mess hall of several guards is up to you and there's no single solution to the problem that's been preordained by a level designer. You can try to draw them out of the area one by one, wait for one to move out of sight of the others, fire a barrage of sleep darts,... or bypass the area quietly and come back to it again later, perhaps through a different entrance or from a higher vantage point. The game even has a convenient and easy to use quick-save feature, so if you're judicious about using it you can experiment a little with your approach without the fear that one mistake will undo all of the hard work you've already done while clearing out the enemies from an area.

The game gives you a full tool set between gadgets, weapons, and void powers that allow for a myriad of tactical options as well as the ability to achieve your objectives through stealth or violence. Dedicating yourself to one approach entirely is not an easy path to take. It's difficult not to leave any dead bodies in your wake while trying to be stealthy, and a purely confrontational approach is difficult if you don't try to thin the enemy ranks a bit before taking them on head-on. After you complete a level the game will chart your performance on a graph indicating how violent and chaotic you were or weren't which will contribute to which game ending you will see, but otherwise is only there to let you know how successful you were in executing your chosen approach. 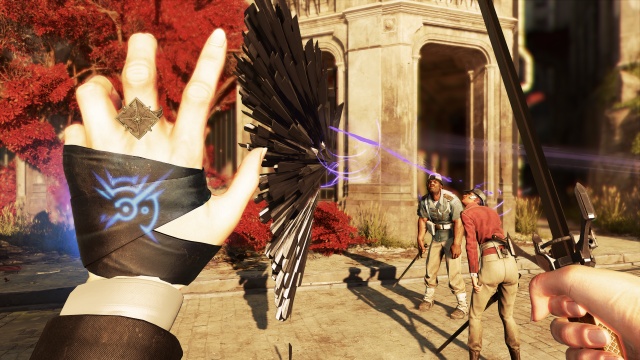 You can always try one approach and then replay the game following another. While the story and levels will remain the same, there are a number of ways to achieve your objectives and enough variation in the possible responses of enemies to your presence that you'll be able to enjoy things the second time through. You can also select the other main character which will give you a minor variation in your void power set that won't significantly change the experience but that will keep things interesting.

If there's a knock against the game in my experience it's that the game relies a little too heavily on the secondary information sources to fill out the primary storyline. There's a feeling of there being too much story here to fit into the story, if that makes sense, and that looking for the additional sources of information is a bit of a necessity at times rather than a way to completely fill in the fringes of the world for those who are curious. The role of the stranger in the void in supporting you and providing you with your powers is particularly thin from a narrative standpoint, and relies a little too heavily on familiarity with the character from the first game. And while finding your way into secret spaces is quite enjoyable, spending a fair amount of time opening every drawer and cabinet in search of information can grow a little tedious at times. These are minor complaints, though, and overall I found the game deeply fascinating, engrossing, and thoroughly enjoyable, and it comes highly recommended to fans of action games.