Dragon Age: Inquisition is so massive that if I were to write about every aspect of the game, this review would be thousands of words long. I'll save us both some time and stick to the game's major points so that you can determine if this is the kind of game that you enjoy and whether or not you want to spend your money on it. First of all, don't worry if you haven't played a Dragon Age game before. Inquisition is self-contained and its story isn't a direct continuation of that from Dragon Age games before it. If you've played a Dragon Age game or two, then you'll have a leg-up on understanding the complex world in which Inquisition takes place, but you'll come up to speed soon enough if you haven't. And considering your character's role in the story, a little confusion at first would be appropriate.

If you want to catch up on the history of the Dragon Age universe so far, the Dragon Age Keep website will help. It outlines the major events in the stories of the first two games, and will even let you make the decisions that you would have made in those games at major points in the story so that you can see how those decisions affected the final outcome. Since you can't import Xbox 360 save games into an Xbox One game, you should also visit the site if you're a Dragon Age veteran. You can remake the same decisions that you did before and then import that world state into Inquisition. It's a clever way to make sure that Inquisition's world matches the world that you created when playing previous Dragon Age games and you should certainly take the time to take advantage of this feature.

As Inquisition opens, a great peace conclave is taking place in which the Chantry, the great organized religion in Dragon Age's universe that worships The Maker, is trying to bring some peace to the conflict between its military arm, the Templars, and the mages that the Templars consider to be apostates. A great rift opens in the sky, killing the Chantry's leader, Divine Justinia V, and all of the dignitaries at the conference. You fall from that rift, but have no memory of how you came to be there or why the conclave was targeted and destroyed. Some claim that you're responsible for the slaughter and some claim that they glimpsed you with the great prophet of the Chantry, Andraste, before the rift closed, so while you may not remember what happened there are many people who have already made up their mind about you. You do have the useful talent of being able to close the demonic rifts that have opened across the land, so you come to be a leader of the Inquisition, a group that has pledged to restore order to the world in the wake of this disaster. 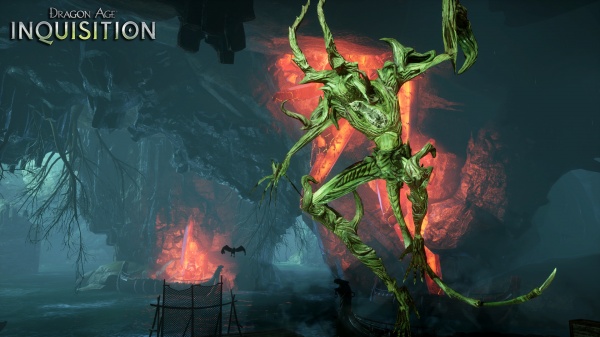 Your lack of memory as to what happened when you fell from the sky gives you, the player, the freedom to approach how you present yourself to the world. As you converse with characters in the world, you can present yourself as a self-appointed messiah, an agnostic, an avowed disbeliever, or something in between and their reactions to you will be driven by the choices that you make. And there are no obvious "right" or "wrong" choices in the game, so you're free to take the role in the story that you want to. While this affords you with a lot of freedom in the story, it also makes you feel that your conversations actually carry weight and that you must select your responses carefully. There are very few games that make you think so carefully about the conversations you hold with NPCs, and I found that I was constantly evaluating the kind of person that I was speaking to and the possible consequences of my responses. This really made the Dragon Age world feel more complex and, well, real, than the cut and dry, blatantly good against absolutely evil worlds you find in most RPGs.

This all applies to your relationships with the companions you can add to your party. Each has their own personality and philosophy, and you'll need to manage your party's group dynamic. Your words and actions, both direct and indirect, will affect each of your companions' opinions of and relationships to you. For example, do you take the Templars' side in a conflict at the risk of offending the mage in your party? You'll find that you'll get along with some of them better than others, and you may even find that some hold the possibility of romance with your character while others are simply impossible to get along with at all. Your party will interact with each other as well, and as in any group some personalities will mesh well while others will be at odds with each other. It's really interesting to overhear their conversations with each other as you make your way through the game, not just to gain insight from what they say but to marvel at how diverse and complex their personalities really are.

Inquisition makes you feel like you're the leader of one of the world's factions not just through conversations and encounters, but through the game's war council feature as well. Seated at the keep that serves as the headquarters for the Inquisition, the war council presents you with a map of the continent marked with available missions. These missions can be undertaken through diplomacy, espionage, or military might, although you're limited to using each of these arms of the Inquisition on a single mission at a time. You'll also be limited by your power, a currency of sorts that's earned as you complete quests out in the world and is spent to undertake war council missions. Missions play out on their own over a fixed amount of time and once completed you'll get a notification to return to the war room to see the results, which often have an impact on the world around you by, for example, changing allegiances among the world factions or opening a new area of the world for you to explore. The war council is a great little system to capture the power struggles in the world of Inquisition on a strategic scale, and make you feel like you have an impact on those struggles. 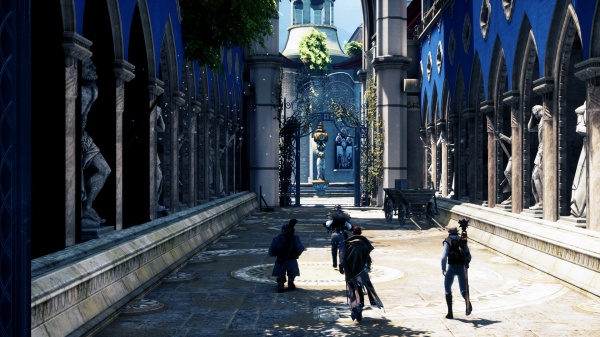 Of course Inquisition is more than conversations and war planning. There's an enormous world in the game that begs to be explored, and traversing that world is made easier by the game's fast travel system and the in-game map which traces your recent movements and makes backtracking a breeze. That world is filled with side quests, things to do and find, exotic fauna to hunt, hidden caves, ruins, and treasure caches, demonic rifts to close, and all manner of encounters from bandit ambushes to fights with dragons. There's also a tremendous amount of lore packed into this world, and if you want to absorb it all you can spend hours reading all of the books and scrolls that you'll come across in your journeys, which have to number in the hundreds.

Inevitably many of your encounters will lead to conflict, and there are two ways to conduct battles in the game. The first is in real-time in which you control your character as you would in a third-person action game, although the game is an RPG and so is still rolling dice under the hood. The other three characters in your party are either controlled by the game's AI, or you can instantly switch between characters and take control of one of them directly. This last feature makes your choice of character class (warrior, rogue, or mage) for your character a little less important as you can always play as one of the other characters in a fight. The character AI can be further tweaked to your liking by setting a set of behaviors for each character, but I didn't find it necessary to spend much time doing that. It's there if you want it, but it can safely be ignored if you'd rather not mess with character AI. You'll be able to fight most battles entirely in real-time, although you may occasionally want to pause things because in the midst of a battle it can be hard to see what's going on in the middle of a mob of combatants bombarded with spell effects.

Pausing a battle will allow you to take complete control of things, giving attack and movement orders to your entire party and then advancing time only after you're good and ready. Personally I preferred the chaos (and speediness) of the real-time fights, although I have to say the orders mode came in handy during difficult boss battles. 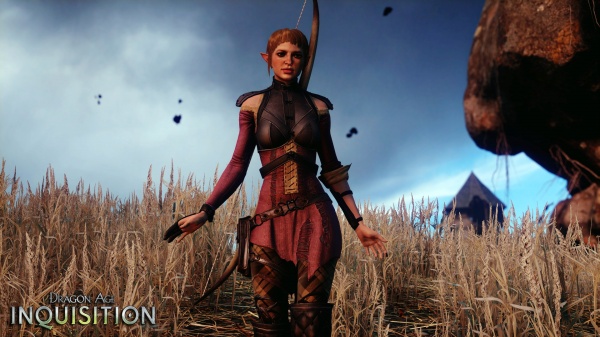 As with any RPG there's plenty of loot to find in the game, but the game's inventory system is a little clunky to work with. It's good that there's a unified inventory between all characters as it avoids the need to constantly trade items within your party, but it's still difficult to easily see who has what equipped and whether or not an item in your inventory is an upgrade or not. The inventory is kept from growing too large by the fact that there is no separate armor in the game for legs and arms. Instead you must attach these things to your armor at a smithy, so essentially you're trading a simplification for a different complication. The game has an extensive crafting system as well, and you'll find yourself scouring the world to find new recipes ... and then for the ingredients to craft them.

Inquisition has a separate multiplayer co-op mode for when you want a break from the single player story. This really is a completely separate mode, and you'll need to play with a separate character in this mode than you use for the single player game. Available characters in co-op are designed to fill particular roles, so you'll only have a few archetypical characters to choose from like the dwarf fighter who serves as a tank. Co-op games are like dungeon strikes played out on one of three available maps. You move from room to room and encounter to encounter, working together to slay enemies and score loot. After you finish the map, or die in the process, you're awarded with experience and bonus items so you can strengthen your character for the next excursion. If the grind is too much for your patience, microtransactions will allow you to trade cash for a more powerful character. Co-op mode is enjoyable enough, especially when played with friends or a group who works well together, but it really is something that you'll probably only spend a small fraction of your overall time with Inquisition doing.

Overall, Inquisition is an impressive game. The complexities of the personalities of its characters and the power struggles between the factions in its world make for a fascinating experience that you rarely get from an RPG. If you want to feel like you're part of another world, and that your actions really do have consequences and an impact on that world, you shouldn't hesitate to enter the Dragon Age.

Final Rating: 95%. An enormous and fascinating world that you'll want to explore every inch of.