EA Sports UFC is a rush. It's the kind of game that makes you spend hours beating in the face of your closest friends; the kind of game that makes you stand and scream at the TV in fury and in victory. The rush of winning one of these fights can be more intense than any other sports games out there. Let's go through a typical match in which I, Jon Jones, fight my friend who is playing as Alexander Gustafsson - a match between arguably two of the best fighters in the world, and the cover athletes for the game.

First, Jon Jones is tall. He really makes this known when his incredible head kicks land with precision and power right into Alexander Gustafsson's skull. Each kick sends the spit flying from Gustafsson's mouth and into the air, until he finally slows and begins clutching his head to protect himself from the relentless onslaught of my punches and kicks. Gustafsson's efforts aren't enough, though, as my next spinning head kick causes him to go into a bumbling stupor before falling face-first onto the canvas. 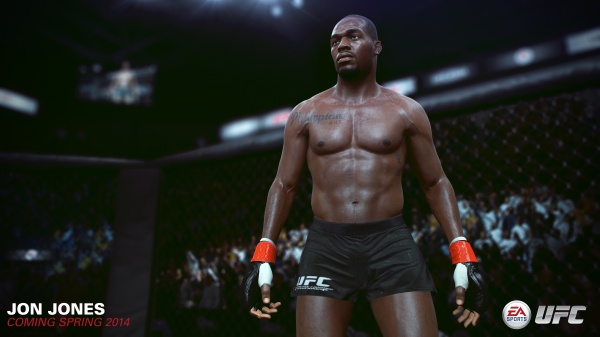 The phenomenon that is the Ultimate Fighting Championship is undeniable, and still growing. The brand finds a ton of ways to help MMA fans get their fix, from seeing live fights, to the show The Ultimate Fighter, to this latest installment in this ever-growing brand's lineup of games. UFC video games are back, in HD, and better than ever.

First of all, this game is fun. The fights feel like a simulation, but with an arcade-y feel that keeps it from getting bogged down in the technical aspect, which I think the previous games had a bad habit of doing. You can play in a variety of weight-classes, including a women's weight-class for the first time, which was a nice touch. Each weight class provides a different game experience, with the lightest Flyweight weight class providing a very fast and in-your-face experience, while the heaviest Heavyweight weight class is hard-hitting, and more focused on different aspects of the game. There is a huge variety of fighters in every class, meaning that no matter how you want to play the game, you can always find a fighter who suits your style.

It looks beautiful. Each punch, as described above, sends spit flying from the mouth of the receiver, and each character model looks superb, and matches perfectly with their real-life counterpart.

One of the highlighted modes in the game is the Career mode. The game allows you the choice of either picking an existing fighter and playing through their whole career, or creating your own fighter to rise through the ranks and eventually become champion.

The fighter creation is fairly basic, especially when compared to previous games' creation modes in which you could customize every single part of your fighter. I always looked forward to putting a huge tattoo of an American Flag across my face in previous games, but that's not an option this year. Also, if you feel the need to name your character after yourself (which I often do), you may be disappointed with the fact that only the first name may be entered into the game. Both the last name and your fighter's nickname must come from a list that the commentators already know how to say, but enough about that. Pick your favorite hairstyle, cover him in tattoos, and let's get him in the ring. 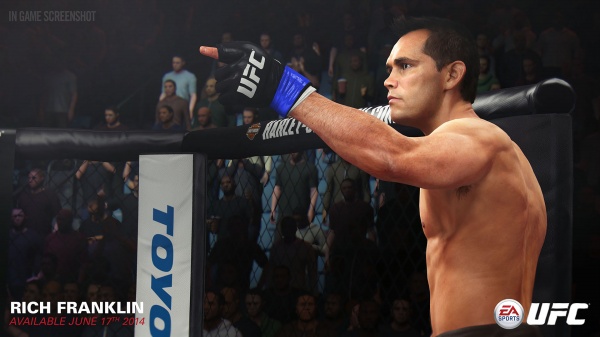 It all begins on the Ultimate Fighter TV show. The game uses real clips of UFC President Dana White speaking directly to other contenders on the Ultimate Fighter, which now includes your created fighter. The show uses a bracket-style system to pit up-and-coming fighters against one another to become the winner. That winner earns a chance to join the UFC along with a "six figure contract." These fights are fairly easy in the beginning, and I never had any trouble getting through to the UFC.

Career mode is a dream. The leveling system is great, albeit a little confusing. However, the best part of career mode is that it teaches you how to play the game. This little concept had been completely overlooked in previous UFC games, and this is where it shines. In between fights, you do 3 training sessions that are chosen by your coach (in which he sometimes talks to you in little live-action clips), and during these training sessions they go through different aspects of the game and teach you to use them in real fights. As you progress, the training sessions get harder.

Spliced between these training sessions, before and after fights, and even when retiring are these short, 5-10 second clips that feature current UFC stars, President Dana White, and your fighting trainer. These clips are way too frequent, and more often than not, are not helpful at all. 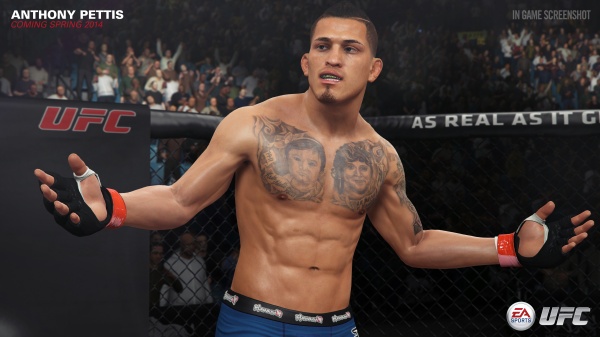 Overall, I actually really enjoy the career mode, which lasts for around 40 fights. It provides a nice continuity, as well as acting as a continual tutorial mode to the rest of the game. It really showcases the best features of the game.

The controls work fairly well, though I wish they were a bit more responsive. Some of the combos get a little difficult when your fighter is a little behind the buttons you're pushing. This certainly isn't a full arcade fighter.

I really like this game, though don't go into it thinking that you're going to get a realistic UFC fighting experience. Even though there's a little bit of a learning curve, you can learn the game as quickly or slowly as you want, and will always have fun. This is my go-to game for when I want to beat someone's face in.

Final Rating: 87%. It's part simulation, part arcade, and all fun. This year's installment is the best in years.