In all of my time playing Destiny, I've never been able to figure it out. With other games, I can usually put them into a category or genre with relative ease, but with Destiny that was never the case. Destiny can't seem to decide whether it is a First Person Shooter, an RPG, or some other strange genre that I can't seem to put my finger on. Still, Destiny tries to appeal to fans of all these genres, but ends up appealing to hardly anyone at all.

Destiny, which was made by former Halo-makers Bungie, has a ton of flaws. It seems that every single day I end up on a gaming news site, I'm met with a headline such as "Bungie has made (blank) changes to Destiny," which inevitably outrages the fans and confuses everyone else.

I was a supporter of Destiny from the beginning, sinking whatever hours I could into the Beta test, and while I was never all that impressed by anything other than the visuals, I still chalked it up to the fact that the game was still in development. After finally getting my hands on the finished product a few days after it was released, I finally felt like the game was finished, but that doesn't mean that I was happy with the finished product.

Let me put it bluntly: I never found Destiny to be a fun game. I've played nearly every major First Person Shooter to be released in the past two generations, but never really enjoyed them. They never really caught my attention. But what Bungie was doing with Destiny seemed enjoyable, and it was even better that Peter Dinklage was lending his voice to be in the game. The final game was just not what I was hoping for.

Here's the simplest way I know how to explain why I disliked Destiny: the game never really gave you any reason to care about why I should be playing it. I never felt that the stakes were high, and I never felt that sense of "I want to be playing Destiny right now." The gameplay wasn't bad, and I enjoyed the way that battles were presented, but it was so rare that I felt like I was killing for a reason. For a game to pull me in, I need a compelling reason to be doing what I'm doing, or else the game has to have incredible voice acting, or at least unmatched gameplay. 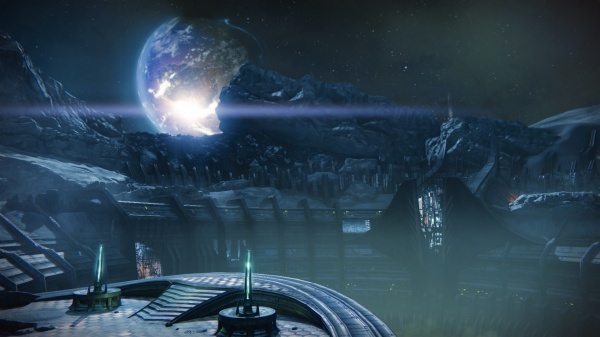 Destiny starts off by having you choose one of three generic classes, one focused on a more "run-and-gun" approach, one focused on stealth, and one focused on more magical abilities; the classic soldier-archer-mage options that are usually reserved for the beginning of an RPG...but in a FPS. Cut to the gameplay - you're woken up by a strange flying object called a Ghost. He tells you that you've been dead for a long time, and that the current world may be weird and strange to you. "The world" that it refers to is a futuristic earth, more specifically a futuristic Russia that has been invaded by aliens from another world. Throughout the game you gain more and more worlds to go to, such as the Moon and Mars.

You come to rely on your personal Ghost more and more as the game goes on. This first encounter with him, however, is the only real attempt that Destiny makes to hook you in to the story. The rest of the time is through unappealing mission objectives and boring cut-scenes full of dialogue.

The way the game tries to pull you in is through the promise of "loot drops", but in my time playing it I came across so few of them that I felt that they weren't worth looking for at all. It still felt like Destiny was trying to take Borderlands, and make it a little more serious, but in the process I think they lost the fun in the game. 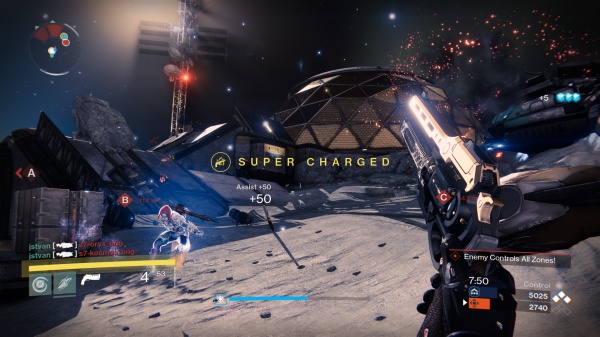 The game is does have some redeeming qualities, though. Online PVP is done through an arena called The Crucible, and though you do have a play a lot to reach the level of most of the other players in there, it's still a lot of fun to play.

In addition, most of the missions are available to be done as co-op missions, which is actually surprisingly fun, and offer a variety of strategic options for you to finish the mission. This was the most enjoyable way to play through the missions.

To fix this game, I would give it a little more structure, and a lot more story. It has a great idea, but not-so-great execution. Even though I didn't care for this one, I would definitely be open to a sequel somewhere further along this generation's timeline, and once they figure out the problems that have plagued this game, both pre- and post-release.

I have to recommend against this game simply because of the problems that it has dealt with, and if you're itching for a first-person shooter on your new next-gen console, I'd advise to wait the extra couple of months for the new Call Of Duty: Advanced Warfare.

Final Rating: 66%. Destiny is an admirable attempt at a new genre-crossing game that gives the player the "what" and the "how," but fails to include the "why."