The "Wild Hunt" in The Witcher 3: Wild Hunt refers to a European legend of ghostly riders in the sky whose sighting portends tragedy. They have now appeared in the land of Nilfgaard to pursue Ciri, the emperor's daughter and also the ward and apprentice of the Witcher, Geralt of Rivia. Ciri is gifted in a magical sort of way, and whatever designs the Wild Hunt has for her are certainly nefarious. While your primary goal is to locate Ciri, there is far more to The Witcher 3 than a rescue quest, and as for Ciri, well, she's not the type that will sit around waiting to be rescued.

If you're new to the world of The Witcher games, they are based on the novels of Andrzej Sapkowski and follow the exploits of Geralt of Rivia. Witchers are essentially a brotherhood of freelance monster hunters. They are master warriors with a command of magic that live on the periphery of society, mostly shunned and feared by the populace unless those people find themselves facing a monster problem and in need of aid, of course. Familiarity with the books or even the prior games is not needed to follow the story in The Witcher 3, but those who have will probably get more out of it. The game's story is rich and well-executed, though, and those new to The Witcher will not have too much trouble catching on and becoming fully immersed in its world.

As for gameplay, The Witcher 3 is an RPG/action hybrid. An action-RPG? No, that evokes thoughts of a Diablo-style game which The Witcher 3 is decidedly not. It's an RPG at its heart, filled with quests, an open world, copious amounts of dialog, a crafting system, and such, but when it comes to combat you would swear that you're playing an action game. Now there are certainly some RPG mechanics at work under the hood as you're fighting both man and monster and you can certainly get yourself into trouble by trying to take on a higher level foe before you're ready, but as you're maneuvering into position to land a blow, parrying an enemy strike, and casting a spell at a critical moment it's all about the action. If you prefer your RPGs to be slower, more thoughtful affairs, then you should stay well away from The Witcher 3.

Fights against some of the stronger monsters in the game - I hesitate to call them boss fights, because The Witcher 3 doesn't really follow the "dungeon boss" RPG model of game progression and implying that it does would be selling it short - feel like epic battles between a master monster slayer and a dangerous and powerful evil, just the way that they should. Winning these fights leads to an epic feeling of satisfaction, like you've actually earned your victory. Or not. You could die instead. And you will die in this game. A lot. The Witcher 3 doesn't pull any punches and punishes mistakes with a complete lack of compassion. Not that the game is unfair; on the contrary it's probably realistically 'fair'. Save your game. And then save it again. Do it often. You've been warned. 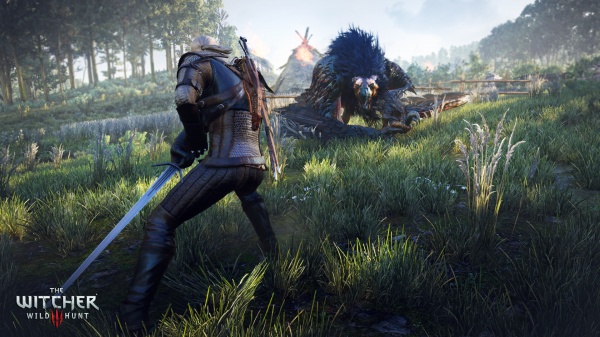 One of the problems that I did have with the game, though, is that there is so much to do that at times it can seem like your primary quest is a secondary priority. Some of the secondary quests are pretty amazing, filled with ambiguous choices to be made with consequences that will reverberate through the rest of your game. Some are of the more mundane variety - go find this, go kill that - but The Witcher 3 does manage to make these far more interesting than your typical RPG. You might still be killing some ghouls to help a peasant, but you'll see how those ghouls are affecting this peasant's life and how helping him changes his life for the better. And you can benefit from these deeds as well - help a dwarf who's having trouble with some anti-dwarf discrimination and you may find that you have a new ally who also happens to be a master blacksmith who now owes you a debt of gratitude. While these side quests are entirely optional and they are a big part of the game's experience, it does seem odd that Geralt is willing to lose so much precious time that could be going towards his quest to find Ciri. From a game perspective they really are necessary, though, as if you stuck to story quests alone you'd quickly find yourself on the wrong side of the level curve. Level progression is slow and each level-up is something that is earned over hours of gameplay rather than something that is continuously handed out each time that you accomplish even the most mundane of tasks. So in effect you'll have to grind your way through side quests in order to prepare yourself for the story missions, but there is always so much to do that you'll never feel like you are actually grinding.

While the combat in the game is executed flawlessly, the same can't be said for navigating the environment between battles. Geralt has a tendency to get caught up on obstacles which can lead to a little frustration, as well as awkward moments in which Geralt goes through some odd move sequence just because he's run into a fence. This isn't a game-breaking issue, but it really stands out since so much of the game is of the highest quality and it certainly has a negative impact on the feeling of immersion when a Witcher walks away from a fight against a massive monster only to get tripped up by a bale of hay afterward.

The Witcher 3 is, overall, a stunning RPG game. It's expansive, engrossing, and all-encompassing. It's the kind of game that you need to completely immerse yourself in and let yourself get lost in its world. It's not something that you can try to beat quickly by staying laser-focused on completing the primary story quests. Give it your all and you'll be richly rewarded, but if you don't see yourself being able to commit to it completely, then you probably should pass on it.