Within the horror genre, it is getting harder and harder to find truly scary games that are memorable. Visage was the last game that truly scared me to where it became hard to play because of the scare anxiety. Thankfully, I have another game that causes just as much dread to go back to each time. Madison is a survival horror developed and published by Bloodious Games. This game is terrifying.

Players take control of Luca, who starts out locked up in a dark room with his hands covered in blood. Without giving too much away, Luca escapes from the room and finds a camera that helps him solve puzzles while he tries to figure out what is going on. The entire game takes place inside of a house. You explore the house while solving puzzles in order to progress.

Madison’s puzzles can seem complicated, but the solution is always in reach. If you look up a solution online, you’ll likely see how it could have been solved without the need of help. Besides solving puzzles, you’ll be taking many pictures with your camera. Pictures from the camera can give you hints as to how to solve puzzles or they can manipulate objects. The camera that you carry with you is an instant camera. Luca will take out the photograph and then you can shake it to make it develop. A good bit of the time, if you can’t figure out how to progress, try taking pictures of your surroundings! 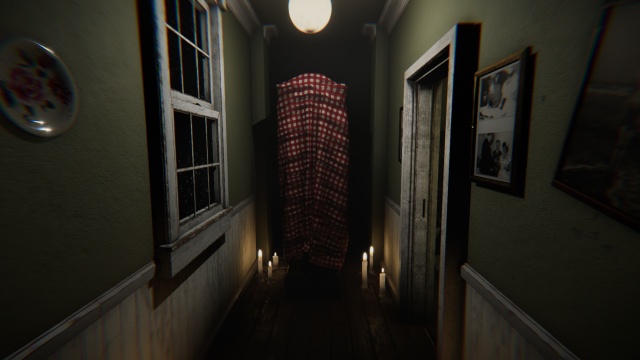 While not engaged in a puzzle, you’ll be working your way to the next puzzle by unlocking doors and exploring the house. The overall exploration in the game is rather limited compared to most horror titles, but there is still enough to give you some nice horrific atmosphere. The overall story to the game is quite good. The story is fragmented like Visage and you have to piece together every little detail even after the game has ended. This is the type of game that will likely have you going online to find answers or discuss your own theories as to what actually happened. This type of story is always welcoming when it comes to horror games.

Madison has a good bit of jump scares in it. Usually, I frown at constant jump scares, but this game knows how to implement them well to where they don’t feel spammed. This game has some very “jolting” type of scares in it. It’s not always the loud noise that will make you jump. Just staring at the screen with the mute on your TV activated can be just as unnerving. Many of the jump scares are scripted, but there are some that can happen randomly. Compared to Visage, I do feel that this game has the better overall scares, but Visage gains kudos for having so many random scares and happenings in it. Either way, both games have memorable parts, which you’ll be thinking about long after you finish the games. 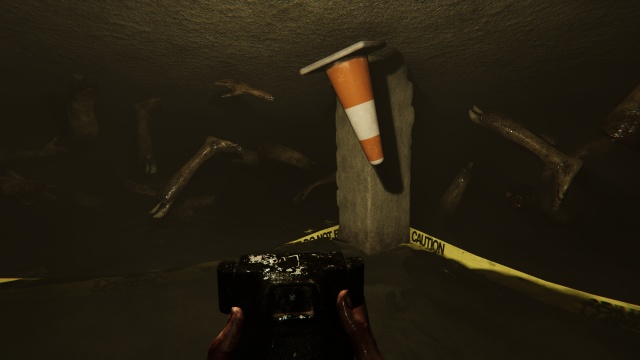 The team that came up with the creature designs for Madison really has one heck of an imagination. These designs are the stuff of nightmares – the looks, the movement, the sound – it’s all so good! Everything that surrounds the “Blue Knees” creature is quite impressive. With the way this game presents “Blue Knees” from the start to the moment when you actually come into contact with it, there is a good bit of dread already there... and then you finally come face to face with this thing you’ve been hearing about and... oh wow, the anxiety goes off the scale before it even starts its shenanigans!

Madison has good characters that you’ll learn about through recordings and written documents. When it comes to the main character (Luca), however, the main character’s voice and overall dialogue is annoying. He constantly speaks the obvious – constantly repeating phrases that he hears. Honestly, his voice is unwelcome at times with how he simply repeats phrases of recordings while you try to listen to them. Thankfully you can turn off his voice in the options menu, but the subtitles still appear. 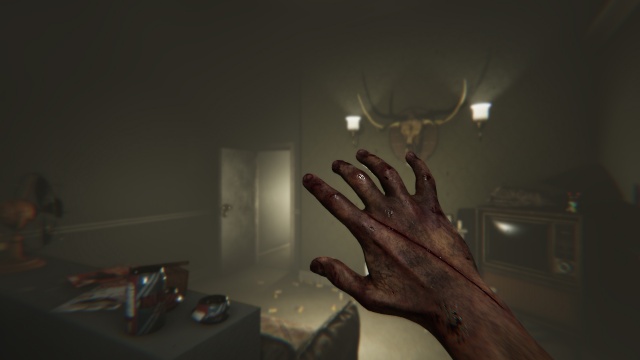 Madison is overall fairly short. It only took around 6-8 hours to beat and I can see beating it again much faster now that I know how to solve the puzzles. The game could really use some extra endings for it instead of the ending that you get. There is much reason to replay the game however. Whether it is story or achievements, the game has some decent replay value. It has a hard mode which helps out in the replay value also. If you’re into games like Visage, you’ll definitely enjoy Madison. This game gave me so much anxiety at times that I had to split up my progress into a few hours per day, which is great!

The Bad:
- The main character’s voice and overall dialogue get annoying
- Would be nice to have multiple endings

Final Rating: 80% - Madison is one heck of a scary game that fans of Visage will really enjoy!