Ghost ‘n Goblins Resurrection has recently been released for other consoles outside of Nintendo Switch. The game is now available for Xbox One, PlayStation 4 and PC. I recently had a chance to sit down with the Xbox One version. This review is not going to go into much detail outside of the performance differences between the Switch and Xbox One version. Please see my Switch review of GnG Resurrection here on The Gamers’ Temple for my thoughts on the full game. 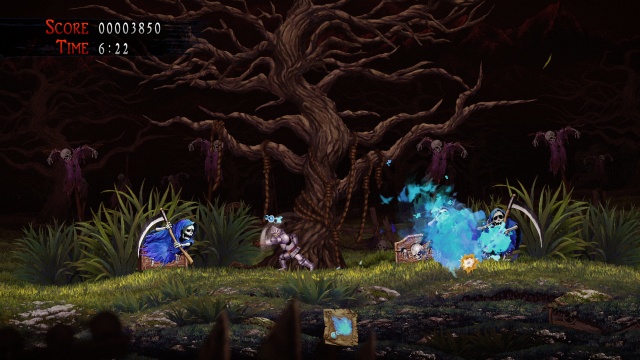 It’s really too bad that Capcom didn’t take this chance to add online co-op to the game since it would have worked well for a console known for its online play. The pros and cons to the game are all still the same on Xbox One as they were in the Switch version. The difficulty can get annoying but still feels overall satisfying for the most part. If you still haven’t checked out this game yet and are a GnG fan then be sure to pick this game up. This game will kick your ass all over the place, so if you’re not a fan of difficult games, this game is NOT for you.

The Bad:
- The Red Arremer is stupidly annoying
- Why no online co-op?

Final Rating: 88% - Ghosts ‘n Goblins Resurrection is now available outside of Switch so you have no excuse not to try it!