Ever since the PlayStation 2 era Capcom has been busy compiling their classic games into collections for each console generation. Playstation 2/Xbox saw two volumes of classic collections, PS3/Xbox 360 had Capcom Arcade Cabinet and we’ve recently seen Capcom Beat’em Up Bundle for PS4/X1. Capcom Arcade Stadium is the most recent arcade bundle that was originally released for Nintendo Switch and is now available for PS4, X1 and PC. Just like Capcom Arcade Cabinet, Stadium is sold in small collections that form a huge bundle of games.

Capcom Arcade Stadium compiles a total of 31 games from Capcoms 80’s and 90’s arcade hits. A good bit of the games in the bundle have not been included in the more recent arcade releases. Just so you can see what all is included and what all has already been released in recent collections the paragraph below goes over a full breakdown of all the games included in Arcade Stadium. 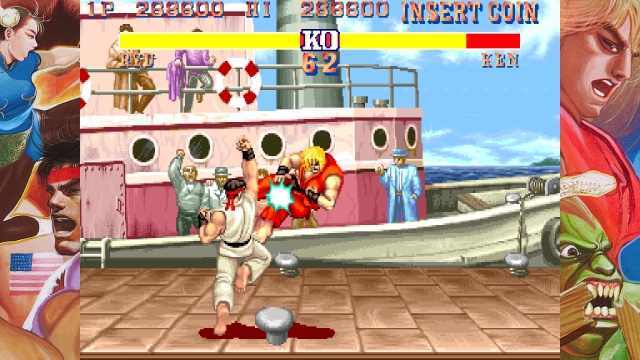 The settings for each game very closely resemble the options that you got in Capcom Arcade Cabinet. You can still adjust the difficulty and number of lives among some other settings. Each game can now be sped up (speed up gameplay) and there is also a rewind feature that will allow you to rewind the gameplay if you happen to make a bad decision. Each game has a score/time challenge mode that allows you to play for leaderboard placement and there is a special challenge that will change every few weeks for certain games. As you play games, you will gain experience points called “CASPO” that will help to level up your profile. Leveling up your profile will unlock certain cabinet designs. If you play with default settings and beat the game, you get more points and if you change a lot of settings to make the game easier, you’ll get less.

Upon starting the collection, you cycle between arcade cabinets. The cabinets can be changed in overall appearance from a set of options. You can still change the overall display of each game and have artwork along the sides if you choose a 480p display. In order to play each game, you must first insert a coin with a button press to get a credit – this was on Capcom Arcade Cabinet as well, but it was turned off by default. Each game (besides a few) can be played with either the North American or Japanese version. 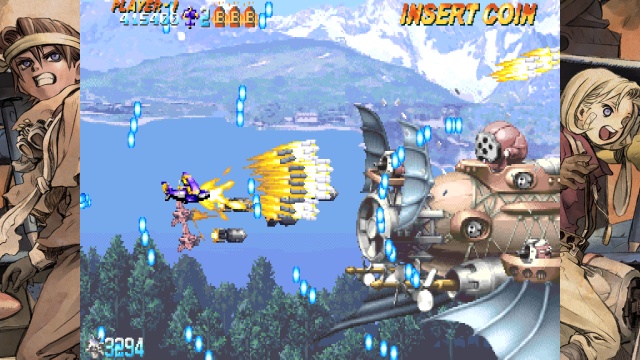 The collection has a mix of both single player and two player co-op and versus games. Sadly, the collection only offers local co-op and versus play. It really makes little sense why there is no online option since the games that were also included on Capcom Arcade Cabinet had an online option at the time if they were two-player (such as Legendary Wings). Besides the disappointing lack of online, the game is a pretty big compilation of classic games with a lot of variety for its price. The point and leveling system helps to give you something to play for other than simply beating each game, which I found to be a nice touch overall.

The Good:
+ 31 games altogether and not too many repeats from other (more current) collections
+ Rewind functions and change game speed are added as new options
+ Every game has a score/timed challenge as well as a future special
challenge
+ The CASPO point system gives players something to work for outside of completing each game

The Bad:
- No online co-op or multiplayer for any game

Final Rating: 78% - Capcom Arcade Stadium comes at us with an impressive 31 games to choose from!