After last year's remake of Resident Evil 2, RE fans started pleading with Capcom for a remake of Resident Evil 3 (RE3). The original RE3 goes right along with the story of RE2 since it takes place several hours before and several hours after that game, so it was basically inevitable that Capcom would remake the game. And here we are with a remake of RE3 and, just like the RE2 remake it does an overall good job at helping us to relive the events of that game in a new generation of gaming.

The original RE3 was always the short but sweet RE for me. I feel the original RE3 is the most replayable game in the series and it's one of my favorites, so I had high hopes for this remake of the game. RE3 starts out in the middle of the Raccoon City incident when the T-virus was ravaging the city. Jill Valentine is one of the few STARS members still left in the city and plans to make her escape on the day the game starts. While trying to make her way out of the city she runs into a bioweapon (Nemesis) that chases her down relentlessly. Before long, Jill meets a UBCS squad that is trying to help civilians escape the city and she joins up with them before making her own escape. 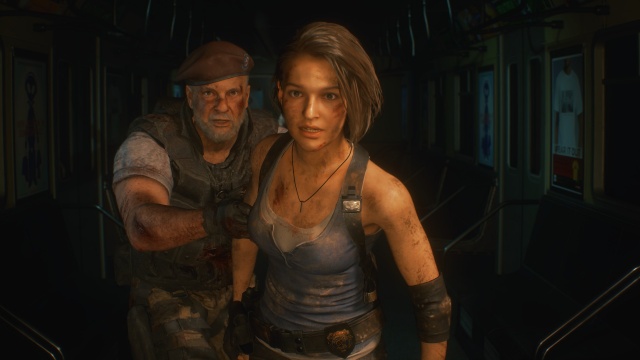 If you've played RE3 you know who Nemesis is. The creature needs no introduction to RE fans. He is easily one of the best enemies in the entire lore. He is a hulking Tyrant that pursues Jill throughout the game. The remake does his scenes some VERY good justice with some truly unforgettable action sequences and boss fights. RE3 was the most action-oriented game in the old RE series and this game certainly doesn't shy away from action sequences. The boss battles in this game are fantastic.

Overall, the game plays very similar to the remake of RE2. It uses the same overall graphical style and the same type of gameplay. Just like the original RE3, Jill can dodge enemy attacks. The remake of RE3 has its own dedicated dodge button that you can use to sway away from attacks or time it perfectly to dodge an attack in a slow-motion sequence which will give you the upper hand. Dodging is more of an important factor in the remake than it was in the original game. In the original game, you could really get by without dodging, but in the remake nearly all boss fights require the use of the dodge button in order to step out of an attack's range and retaliate with an attack of your own. The dodging is overall easy, but it does require some good timing and knowledge of an enemy's attack to get the slow-motion dodge.

Along with Jill, you'll get to play as Carlos in some sequences. We spend much more time with Carlos compared to his scenarios in the original game. Carlos' scenario is noticeably harder and requires some ammo conservation from the start and never does truly drown you in ammo. The game has some great nods to the RE2 remake. Since this game takes place around the events of RE2, fans have always wanted to see some sort of connection between the two and this game does go into detail with some connections. Finally! 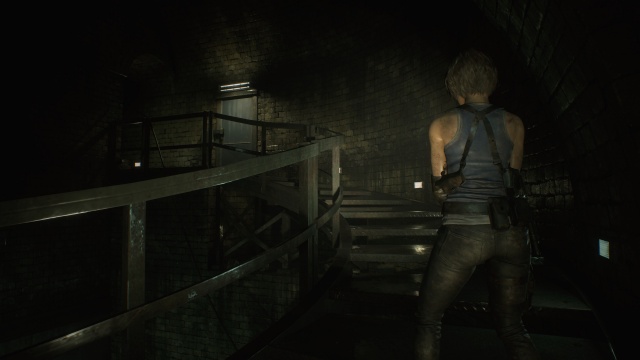 Instead of being a remake, this game is a borderline reimagining of the original RE3 - it spends more time with some areas, less time with other areas and completely removes some areas. The street section is much longer than it was in the original game and a few other areas are much longer as well. I really feel that the development team did a good job in mixing up new sequences with some of the more memorable sequences from the original game. For every memorable scene that is "missing", the developers give us another scene that makes up for the missing scene. At first I was annoyed with some scenes that were not included, but by the end of the game I felt that the game balanced itself out with new scenes that take the place of older ones. Capcom definitely livened up the main characters more. Nicolai, Mikhail, and Carlos have much more personality this time and some of the lesser known characters have more of a presence in the remake. The overall areas and backgrounds are all just as good as they were in RE2 remake. The street sections have tons of wrecked cars and carnage just like in the original game.

Combining gunpowder to create ammo once again makes a return from the RE2 remake. Unlike the original RE3, you don't need that annoying ammo mixer this time. Nearly every weapon from the RE2 is brought over into RE3 as well. Jill can upgrade her weapons and she does get a different ammo type for the grenade launcher that fans of the original RE3 will appreciate. Many of the zombie models from RE2 can be found in RE3 as well. The game does a fantastic job in reimagining many of the other enemy designs. I don't want to spoil the returning enemies, but let's just say that they all have much more of a unique appearance and attack pattern this time and its really nice.

Even with how much I love this remake, I do have quite a bit of problems with it. The game starts out very slow - most of the beginning hours are simply walking by street zombies or leading them toward red barrels to kill them in one shot. Around the time Nemesis starts appearing, the game ramps up in excitement and basically stays intense throughout the rest of game. It's very noticeable that Nemesis does not stalk Jill as much in the remake as he did in the original game. Many of his encounters are cinematic chases and you will lose him after simply reaching a cutscene activation or area where he cannot follow. Nemesis will follow you from area to area (with limitations) in the first few sections of the game, but he has many rooms that he can't follow you into. I really hate to say this, but Mr. X was much more of a pursuer in the RE2 remake when compared to Nemesis in the RE3 remake. 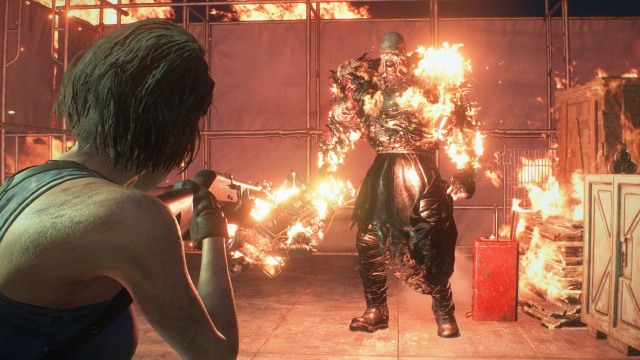 The game has a really big problem with confining enemies to only one room or area. This can be GREATLY exploited with enemies. You can simply stand at the doors of a room, carefully aim and then shoot a zombie, step through the doors (back into the last room), and the zombie will walk back to where it was and completely forget about your character. Zombies can sometimes follow you into another room, but this doesn't happen near as much as it did in RE2. In RE2, there was a constant fear in the fact that a zombie would follow you into another room, but in RE3, you can actually exploit the hell out of zombies in their inability to follow you into other rooms the majority of the time. The game also doesn't include choices that lead you to different areas like the original game did. The entire game is one clear path to the end with some exploration here and there. Just like the original RE3, the game has quite a bit of backtracking in the street sections (going back to get previously inaccessibly items).

Even though RE3 has its problems, the game is still just about as good as the RE2 remake. I do feel that the RE2 remake comes out ahead overall, which it was destined to for a game with so many scenarios, but RE3 is no pushover. I do actually like many of the changes to the RE3. The game constantly takes you to familiar territory then twists events around to where you don't know what is coming next but what's happening is completely fine because it's a good addition to the game. It also includes many unlockables and challenges to complete on future playthroughs. The game also has multiple difficulties. The entire game took me 12 hours total, but I bet most people will beat it in 8 hours on their first playthrough - there is challenge for beating the game in under 2 hours. It’s worth noting that RE3 comes with Project Resistance also and you can check out our review for it here. Overall, I had a blast with the campaign of RE3 remake and it did satisfy this RE3 fan that spent a lot of time with the original back in the day.

The Good:
+ Nemesis sequences have been upgraded a lot
+ The dodge feature is much easier to use this time
+ More of a focus on the Carlos scenario this time
+ A good amount of replay value with hidden extras and challenges
+ The reimagining of some returning enemies is quite nice!

The Bad:
- The fear of Nemesis chasing you has been reduced thanks to limitations on him (areas he can't go to and many short encounters)
- Zombies cannot always follow you to different areas
- No choices that affect the campaign

Final Rating: 80% - Even though the remake of RE3 trips a little during Jill's last escape, the game is still a fine retelling of a classic.