The Evil Within 2 Review

The Evil Within 2 (EW2) is the follow-up to 2014's third-person horror directed by Shinji Mikami. This time Mikami takes on the role of executive producer while John Johanas takes over the job of director. Mikami's influence is definitely still present in the sequel however since it basically takes what the first game introduced and greatly expands upon it. If you're a fan of the original game, you are a shoe-in for enjoying the sequel.

It's been three years since the events that happened in Beacon Hospital (in the first game) and Sebastian has now turned to alcohol as he is haunted by the events at the hospital, the disappearance of his wife and his daughter's death in a fire. Juli Kidman meets with Sebastian and informs him that his daughter is still alive and her death was faked by the Mobius corporation. She tells him that Mobius needs Sebastian's help in order to save her. Sebastian meets with Mobius and is hooked to another STEM machine where his daughter serves as the core and Sebastian must find her in the town of Union while in the machine.

When I first heard that EW2 had open world environments, I was immediately skeptical of its inclusion with how much I hate open world gameplay, but I must admit that it totally works for the better with EW2. The game still retains a linear path focus at its core, but the overall environments are quite often much bigger than the first game. The open world gameplay is sprinkled throughout the game's 17 chapters to where some chapters are linear and some allow players to fully explore different areas in the town of Union. 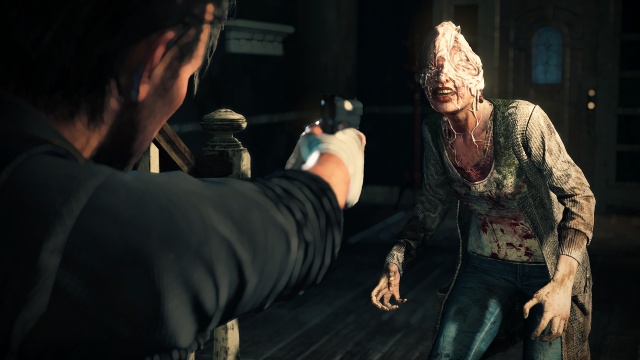 Each open world area is about the size of half of Dead Rising 3 or 4's districts. There is much to explore and there is a side quest to go along with each open world chapter. Normally I see side quests as "Busy work fetch and retrieve missions" but EW2 blends them with story so it feels like you are actually gaining extra bits of plot along with helpful items while accomplishing your tasks. Even while normally exploring the town of Union, I would go into a building just to hunt for items and then come upon an extra event that adds to the main plot of the game. Sometimes the game would warp me to extra areas where I would have to run from an enemy that seemed to appear often while exploring extra areas. It's touches like this that makes the open world experience work so very well in EW2 - all the extra stuff is optional, but you'll want to engage in it for extra weapons and story elements. The environments are just as horrific as the first game in some areas as well - there is definitely a reason for tension throughout the game as you enter such areas as one with a bloody lake with building ruins and candles while the whole area is basically pitch black. The environments are bigger but the horror is still there!

EW2 is still just as creepy and cryptic as the first game. This time the game focuses more on story and character development. The first game was incredibly bad about leaving players in the dark, but EW2 has tons of dialogue and cutscenes to enjoy. There are several optional dialogue sections as well and you'll meet up with some characters only in side quests. Sebastian is definitely fleshed out a lot more in this sequel and we get much more explanations of events that were only hinted about in the first game. In a way, the first game is only a tiny ripple of Sebastian's story that is heavily expanded upon in the sequel.

EW2 uses the core basics in gameplay that are carried over from the first game. It's still very much a shooter with an extremely light focus on melee. You will no longer burn bodies in EW2, but I didn't even miss that gameplay feature in EW2 honestly. The enemies are still just as aggressive, making aiming really hard in the heat of the moment. Thankfully, you can still upgrade Sebastian's abilities and his weapons just like in the first game. Sebastian has more upgrade items to find this time - green gel, red gel, weapons parts and enhanced parts. Red Gel and the enhanced parts will unlock different levels of upgrades for abilities and weapons respectively. There are still locker keys to find (that will open up lockers containing items) and there are new types of collectibles to find as well. Sebastian still has access to the basic handgun, shotgun, sniper rifle and bowgun that he had in the first game, but they all must found in the environment once again. This time you'll come upon different types of handguns and shotguns such as the silenced handgun, revolver, basic handgun, double-barrel shotgun and other types as you progress. There is also an assault rifle to collect much later into the game.

Enemies are still quite challenging and you'll run into many different (and more dangerous) types of enemies as you continue to progress. The Haunted enemies have been replaced with "The Lost", which basically act about the same way as Haunted but are more grotesque. All enemies have different forms of aggression and some are way more dreadful than others. One seemingly "easy" enemy is a female zombie that will stand in place and basically have a "stealth kill me" sign on the back of her but if you dare try to attack her she will lash out with some extreme aggression and she has a much higher defense than other Lost enemies. Boss enemies are just as unique as the first game. There is one boss that is basically a giant female humanoid composed of dead body parts and you'll meet other disturbing bosses later on as well. I played on Survival difficulty and while the game wasn't as tough as the first game, it did still ramp up greatly in difficulty during the last few chapters. The game has three default difficulties (Casual, Survival, Nightmare) and one unlockable difficulty (Classic) which doesn't allow upgrades and only allows seven saves throughout the entire game. 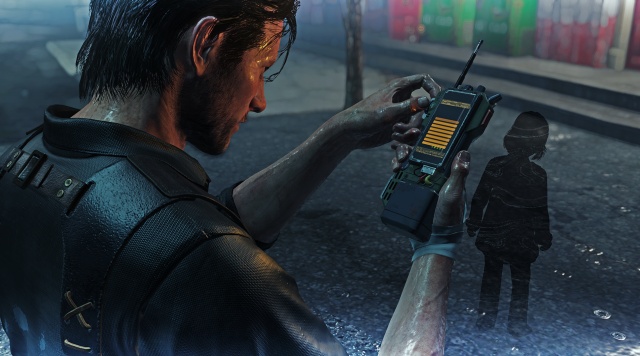 It seems like stealth plays an even great role in EW2. The game allows you to play however you want. You can go in and fight off brutish creatures with powerful guns or hang back and ambush them with an environmental hazard or find some way to sneak up behind them for a stealth kill. Speaking of environmental hazards, the game allows players to use standing water and oil from barrels to create electrified traps or burning puddles with the use of certain weapons. Oil barrels can be shot for an explosion or kicked over and the oil puddle can be shot to ignite it. Sebastian can activate fire hydrants to spray water on the street as a setup for electrifying the puddle with an electric bolt. Along with the other bowgun bolts, Sebastian gains a smoke bolt that creates a smoke screen for escaping from enemies or ambushing them for stealth kills. The open world environments really liven up the combat in this sequel since you can choose how to fight much more often in the open area. Running from enemies is greatly emphasized with big groups of enemies. I did find some problems with the enemy AI while using stealth - Sebastian can easily confuse an enemy by stepping behind objects that are near them and the enemy will quickly lose sight of him. Even though the enemies are aggressive, they can also appear very dumb if you take advantage of their forgetfulness.

Players that were big fans of the first game will find several treats waiting for them in the final few chapters of the game. EW2 really blows EW1 out of the water in its final moments. The game has some super epic final chapters before it concludes. Altogether, the game took me 21 hours to complete - I did all side missions and explored a lot so keep that in mind. I highly recommend The Evil Within 2 to any survival horror fan or fan of the first game. Even fans that didn't like the first game much might find something to enjoy in the sequel since it greatly expands upon what the original established.

The Bad:
- Button prompts sometimes don't activate/appear
- Enemy AI is sometimes dumb when it comes to spotting Sebastian (mainly with "The Lost" enemies)

Final Rating: 96% - The Evil Within 2 is every bit what a sequel should be - bigger, better and more pleasing than the original!