Code Vein is an action role-playing game developed and published by Bandai Namco Entertainment. Code Vein is heavily Dark Souls influenced - it's like a combination of Dark Souls and God Eater. From the demo, the game made waves with its detailed character creation and it is still just as detailed in the full release. The game has an anime look to it and it is often called "Anime Dark Souls", which is kind of true, but it does have a few new ideas.

In order to fully understand this game, you need a good story setup for it, so here we go! In order to fight the monsters that emerged after "The Great Collapse" humanity implanted a parasite inside of dead bodies to give the host vampiric abilities - these hosts are called Revenants. Like vampires, Revenants require blood in order to sustain life and avoid being mutating into a "Lost". Because of a miasma, created by a defeated queen, Revenants are even more blood hungry and must wear filtration masks to shield themselves from the miasma. The Bloodsprings, that Revenants used to rely on for blood beads, are beginning to dry up. Enter the player (you). The player is able to clear away the miasma, which gives a path to Bloodsprings. You and a group of Revenants must find Bloodsprings and eventually follow them to their source of blood beads.

The story and world in Code Vein is done quite well. It doesn't have a dark and dreary atmosphere like Dark Souls, but it definitely has its own unique feel to its world. Unlike Dark Souls, the game has many voiced cutscenes throughout the game that help to drive the story forward. The characters are likeable and they each have their own story to tell, which is found later in the game. The gameplay to Code Vein is pure Dark Souls. It doesn't really try to differ much from the basic Dark Souls formula. You have your mistle (bonfire), regeneration (estus flask), haze (souls) and the enemies all respawn after resting at a mistle. If you die then your haze remains grouped in one area and can be retrieved so long as you don't die again before getting to it.

While resting at a mistle, you can use haze to level up your character. Instead of using haze to boost your stats, you use it to simply gain an extra level with predetermined stats. Code Vein introduces a job system called a "Blood Code". Blood Codes are basically the essence of characters that you'll meet throughout the game - you'll gain more as you continue to progress. Once a Blood Code is equipped, you gain certain stat enhancements associated with that Blood Code. Blood Codes also have their own passive and active abilities (gifts) that can be used once certain ones are equipped. Blood Codes basically give you your mana and special attacks. Sometimes you are required to use a certain Blood Code for a certain ability - such as being able to take less damage while falling - in order to progress.

The Blood Code system is interesting from a story perspective - you're basically equipping the memories of other characters for the most part - but from a gameplay perspective it can get quite annoying. Whenever you equip a new Blood Code, you'll often have to take a hit to your character's overall health and you'll have a decrease (or possible increase) in stats. Going through this whenever you just want one useful ability can get annoying. As you progress, you can find items that will unlock extra abilities in collected Blood Codes, so you are constantly upgrading them throughout the game. Blood Codes also give you a glimpse into a character's past experiences - at one point in the game you can choose to view these.

While exploring, you'll be able to take along an AI controlled character or venture through the environments on your own - you can also invite a friend to play with you while playing online. The AI partner is incredibly useful - to the point of seeming overpowered. Code Vein is nearly as hard as a Dark Souls game, but your partner can really help out a bunch in spamming attacks so that challenges are not as bad as they would been while playing solo. The AI partner can bring you back to life and heal you and you can do the same to your partner. Enemies all have their own unique attacks and weakness. Some enemies can be very frightening with their sudden aggression. Just like Dark Souls, you also have to watch out about falling into pits (instant kills). Boss enemies provide a great challenge that lead to epic battles. You'll likely die at a boss a few times before finally defeating it. The AI partner can help out a bunch for boss battles. 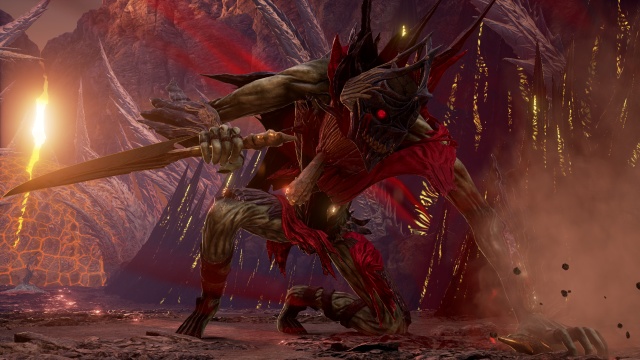 The game takes on an anime style sort of like the God Eater games. From the start, you created your own character using highly detailed character customization options. Most characters throughout the game look as if they were created using the custom editor for the most part. Environments are a mixed bag. You'll go through ruined cities, cliffs and caves along with other areas that look decent. All areas are connected and you'll find many shortcuts and hidden areas throughout them. The exploration is just as good as Dark Souls with the amount of hidden items in hard-to-reach places or hidden areas. The textures in the environments can sometimes be very bland. The game repeats environments a bit too much at times, such as super long corridors and cave-like structures. There are very few moments of beautiful scenery like you'll find in Dark Souls games.

One thing that really goes against the gameplay of Code Vein is the constant slowdown. The game seems to run at about 40fps on Xbox One X and it will often slowdown at points. Simply moving through an environment will cause slowdown and fighting enemies can cause slowdown as well. The game really needs a more consistent framerate. The problem seems rather random. The overall feel of the gameplay is like a watered down Dark Souls overall. The game doesn't offer many weapon varieties but so many weapons of each type feel the exact same. 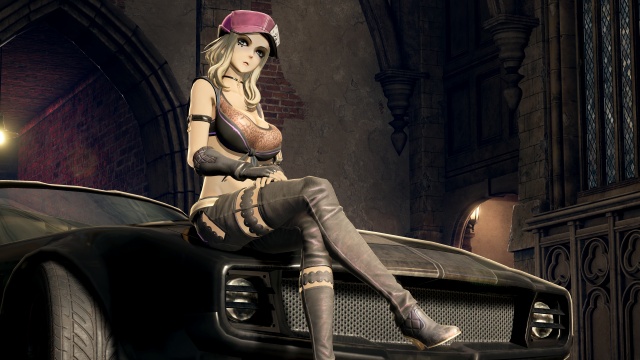 The overall sound is good - some of the music is outstanding. The only thing that gets to me with the sound is the AI partner constantly having comments about everything while moving throughout areas. The overall controls are your basic Dark Souls setup - strong and weak attacks, dodge, abilities and a parry. If you're a fan of Dark Souls, you're not guaranteed to like Code Vein, but you will immediately fall right into its gameplay since it's nearly the same. Code Vein focuses more on narrative through cutscenes compared to Dark Souls hidden lore among the items that you find. Code Vein is quite enjoyable if you're in the mood for a good story mixed with some decent Dark Souls gameplay. I had a lot of fun with it despite its problems.

The Good:
+ Overall exploration is a lot of fun
+ Character creation is quite detailed
+ Cutscenes are well done

The Bad:
- The gameplay doesn't differ from Dark Souls much at all
- Partner comments can get annoying
- Blood Code system is more annoying than useful

Final Rating: 75% - Code Vein is like a mix of Dark Souls and God Eater with a few of its own ideas.