The Town of Light Review

The Town of Light is a psychological adventure game developed and published by LKA. The game has been released since 2016 on PC and is just now making its way over to consoles. It tells a most interesting story about the personal journey of a woman that is both realistic and disturbing, but the game gets bogged down by its repetitive gameplay, long load times and outdated graphics and just comes across as a game you'll want to try for story alone.

While the game is categorized as a "horror" game, it's more of a psychological story created to raise awareness of the treatment of asylum patients during the 1930's and 1940's. The game is based on real facts and extensive research on what happened during that time period. You play as Renee, a woman who has suffered from severe mental illness throughout the majority of her life. Renee is committed to the Ospedale Psichiatrico di Volterra, an understaffed and overcrowded mental asylum in the Tuscan town of Volterra, Italy. 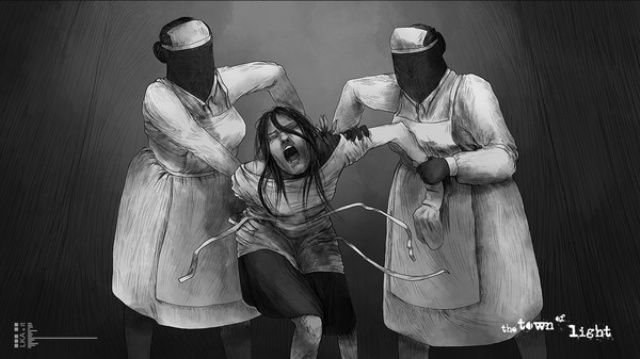 You start out as Renee returns to the asylum where she spent a good bit of her young life. Renee serves as narrator for the game and she can't remember a lot of what has happened to her, so both the player and Renee are discovering exactly what happened to her in the asylum. The voice actress for Renee does a great job of telling the story and giving us a good feel for the character.

Throughout the game you find notes and journal pages that help with giving you background information on the asylum's past and Renee's time spent there. Journal pages will unlock an animated comic that explains some events in Renee's past. You'll get presented with cutscenes for completing chapters in the same animated comic format, which matches the game rather well! The entire story to the game starts out very slow then starts to build and become much more interesting about halfway through. It was actually hard to put down by the time I made it to the halfway point and stayed suspenseful until its disturbing ending. 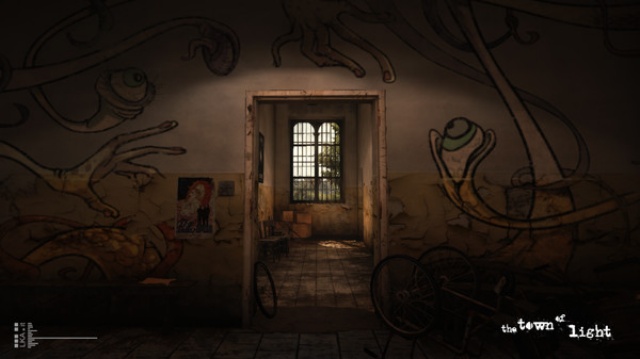 The game offers a point where story events can change based on your actions, so there is a reason to replay. You'll be exploring several rooms throughout the asylum - some of them start out locked until you progress further into the story. I found myself backtracking through several rooms quite often. Thankfully, you can press a button that will give a hint as to where to go next since it is easy to get lost if you miss a certain phrase in the story that points you in the right direction. Sometime objectives don't help however since they can be very vague. The game really needs some more interesting gameplay portions rather than a constant "find and retrieve" type of gameplay that you constantly get as a main objective. It would be nice to have some sort of puzzles or at least something to figure out.

Toward the end of the game, you finally get to leave the asylum and explore other parts of the surrounding area. It's nice to finally get outdoors, but you don't really get to explore much like you think you would. You'll eventually return to the front of the asylum and then be hoisted away to the game's final areas. The final areas are rather nice, but it would have been so much better to get to explore more of the buildings in the area.

The Town of Light also suffers from some hefty loading screens. Thankfully, the game doesn't have to load all that much, but when it does have to load, you'll be in for near minute's worth of loading. The game's overall graphical look is dated in some areas. A perfect example is the outside areas of the game. The textures on the surrounding trees make the branches look super stiff. While the game has its share of problems, the story, voice acting and cutscene presentation are quite good and make the game interesting enough for a player that just wants to enjoy a good psychological story. The Town of Light definitely has an interesting story to tell and one that will stick with you after it's over. The final moments of the game create some very horrid imagery that I will never forget.

The Good:
+ Overall good story
+ Cutscenes have a unique look that match the game rather well

Final Rating: 65% - Despite all of its problems, The Town of Light has a very interesting story and it's worth a play just to experience it at least once.