Assassin's Creed: The Ezio Collection features three games in one, Assassin's Creed II, Assassin's Creed Brotherhood, and Assassin's Creed Revelations. These are the three games that featured the Assassin Ezio Auditore da Firenze, who lived in 15th Century Italy, and who is considered one of the series' most-loved heroes. The three games will let you follow the life of Ezio from a young roguish scion of an important family to a Master Assassin and elder of the order training the next generation of Assassins. Further filling out Ezio's story are two short films included with the game, Lineage and Embers. While they won't win any awards, they're well enough produced to be entertaining. I wish there were play controls included, though. I accidentally bumped the controller after watching most of the first film and the game took me right back to the main menu, and when I went to watch it again I had to start all over again from the beginning. If you're new to the series, then this collection is a good opportunity to get caught up on the series' lore - although missing out on the first Assassin's Creed may make it a bit harder to catch on to the whole Abstergo Industries Animus Project DNA memory thing quickly. If you've played them all before, though, there's not enough new here to warrant playing them again unless you've got a compelling nostalgic urge to do so.

The games in the collection have been given a remastering treatment that improves their graphical look and performance over their original versions released on the last generation of consoles. The frame rates now run smoothly at a consistent 30 frames per second, a marked improvement over the occasional choppiness of the originals - although, you have to wonder why a last-gen game couldn't have been kicked into an even higher rate. There are marked improvements in the detail level of the games' textures and more details have been added to some of the environments. Character faces have been given a makeover, but some of them seem to have benefited more than others, leaving a few of them a little odd after their makeover. In spite of all of the upgrades, don't expect the games to look as good as games born on the current generation consoles, or for the improvement to be consistent across the three games in this collection - Revelations looks better than Brotherhood, which in turn looks better than Assassin's Creed II. 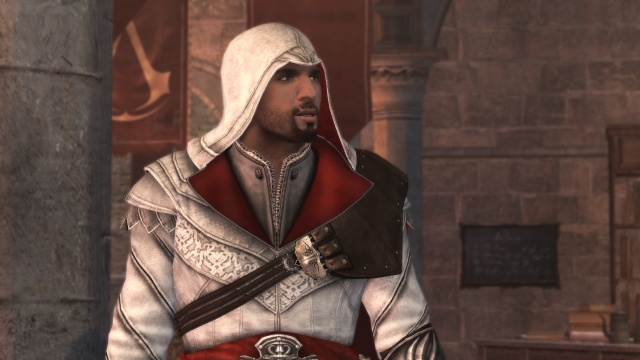 You will run into some game limitations that weren't or couldn't be improved in this new collection. The first is that the playable areas are a lot smaller than in the most recent Assassin's Creed games. You'll frequently run into artificial boundaries that will make it very obvious that the open world gameplay is decidedly not all that open. The other limitation is related to the game's controls. The parkour system that lets you scale buildings and run along the rooftops was in its genesis with these games, and as such had a host of issues that distracted from the feeling of being a skilled acrobat. The problems are particularly noticeable while climbing as Ezio as a bad habit of pushing off from walls at the most inopportune moments. You'll often feel like you're reacting to unintended moves almost as much as you are successful in accomplishing what you're actually trying to do. I would have preferred that a little less time was spent on the graphical upgrades for this collection and devoted to improving the control scheme. If you've played the newest Assassin's Creed games you'll be surprised at how poorly these games control in comparison, and if you're new to the series these issues may just put you off on the whole the thing.

Lastly, I should note that the games' multiplayer modes are absent in this collection. It's understandable given the differences in multiplayer infrastructure between console generations, but a tad disappointing nonetheless considering that the multiplayer modes were a different experience from that in most other action games. 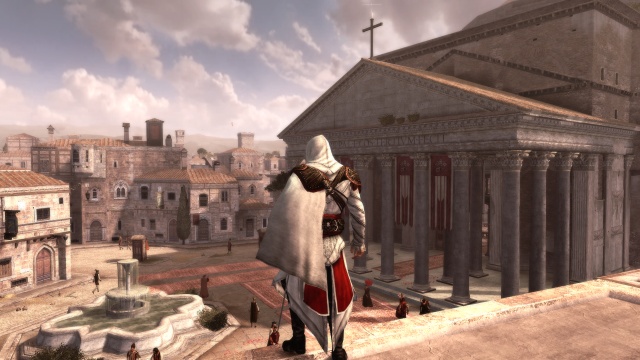 Overall, this collection is recommended more for those who missed these games the first time around. Keep in mind, though, that you'll be playing the games more for the story than the gameplay. It's hard to put up with some of the frustrations of the controls and the limitations of the game worlds when things have come so far in the series since these games were first released. If you've played them all before, there's not a compelling reason to return unless you're an Assassin's Creed completist or the series is among your absolute favorites.

Final Rating: 70% - A collection primarily for the patient uninitiated.