BioShock: The Collection includes all three BioShock games, BioShock, BioShock 2, and BioShock Infinite, as well as all of the DLC released for the games, but with the multiplayer mode removed from BioShock 2. Each game in the collection is standalone, so if you purchase the collection digitally you'll download each title separately. All of the collection's bonus content is tied to BioShock. There's a BioShock Museum accessible from the main menu that lets you explore exhibits that focus on the game's development such as 3D models of early concepts of some of the game's characters. It's presented as a fully explorable environment, and you're free to walk around and browse the exhibits from a first-person perspective. The other bonus content feature comes in the form of film reels that have been added to the levels in BioShock. Each one that you find unlocks a portion of a game documentary that features interviews with the game's Creative Director, Ken Levine, and its Lead Artist, Shawn Robertson. There's a lot of great information on the game and the development of its world and story, but I'd recommend that you wait until you finish the game before viewing any of them since they are understandably rife with spoilers.

BioShock is set in 1960, and you are the lone survivor of a plane crash at sea and are able to make your way to a lighthouse standing on a small rock island. The lighthouse is the entrance to the undersea city of Rapture, a city founded on the principles of Objectivism by industrialist Andrew Ryan. The city is in chaos, overrun by people known as Splicer who were driven mad by their attempts to enhance themselves through genetic modification and in the midst of a power struggle between Ryan and his rival Frank Fontaine. BioShock 2 takes place eight years after the first game, in a Rapture that has declined even further and is now under the control of Sophia Lamb, who turns the city's driving philosophy on its ear by following a Collectivist philosophy. This time around you are a Rapture insider, a prototype version of the Big Daddy protectors, hulking monsters in deep sea diving gear styled armor and armed with an enormous drill in place of a hand, that you encounter (and try to avoid) in the first game. Both games give you the ability to wield "plasmid' abilities in addition to a weapon, giving you genetic modifications that in essence allow you to cast spells like fire balls or bolts of electricity. The games use an unusual control scheme that will take a little getting used to - the left trigger is not used to aim down sights but to use a plasmid power. In BioShock you can only actively use a firearm or a plasmid, but BioShock introduces the capability to dual-wield both. 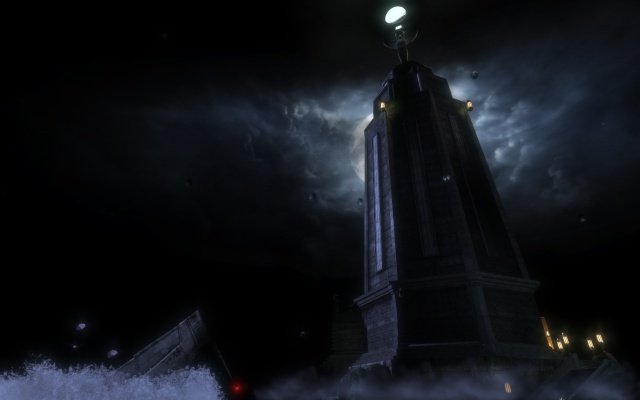 BioShock Infinite leaves Rapture and rolls the clock back to the early 20th Century, moving the action to the floating city of Columbia, which like Rapture is a city created by a man obsessed with a philosophy - in this case it's Zachary Hale Comstock and American Exceptionalism. You are Booker DeWitt, a former Pinkerton agent, who takes on the case to track down a woman named Elizabeth. Infinite replaces plasmids with 'vigors', which give you a new set of special powers for the game. The confined spaces of Rapture are replaced with the open environments of Columbia, which means that you'll employ a different set of tactics to deal with enemies in the game. The introduction of the Sky Hook device also opens up the game in terms of traversal and mobility, leaving Infinite feeling at once like and unlike a BioShock game. Not to put out too much of a spoiler here, but the three games are actually connected in a way that you'll discover after playing through them all, especially after you finish it all off with the Burial at Sea levels that were originally released as DLC for Infinite.

The games have been given a graphical remastering, and unlike some other recent remasters I've played the updated graphics look quite good. While not quite up to par with games developed from the ground up for the current generation of consoles, even the oldest game in this collection holds its own against many contemporary games. Rapture is just as fascinating a place to behold the second time around, its beauty and danger unmarred by fuzzy textures, sub-par resolutions, or choppy framerates. Columbia is also an interesting place, but for me nothing can compare to Rapture. 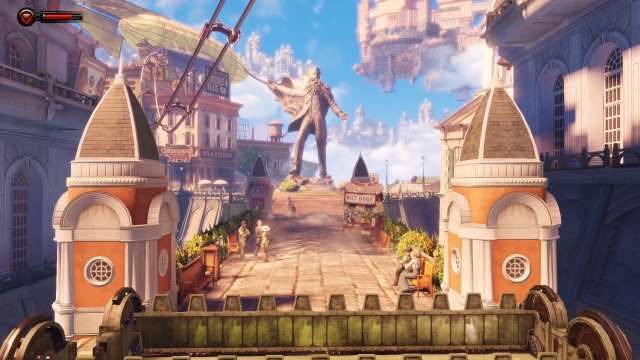 The BioShock games are one of the top series in gaming, and if you haven't played these games before you owe it to yourself to pick up this collection. Even if you have, it is worth your time to revisit them and play your way through them again. I found that I picked up on new elements and some of the more subtle aspects of the stories the second time through, giving me a greater appreciation for how well-crafted the stories are.

Final Rating: 94% - You'll look kindly on your return to Rapture and Columbia.