It's never easy to review a racing game, because everyone has a completely different skill level and a different expectation of what they're going to receive from the game. Some games are strictly fun and lighthearted, and some are nothing but simulation racing. Never having played a GRID game before, I assumed that because it didn't solely use non-modified cars that it would be arcade-style, but the game was very realistic, and as a result was much more difficult than what I've been used to.

I started GRID in the least normal way possible: before starting the campaign or really learning how to play, I opened it and sat down for some split-screen multiplayer with my friend. Like I mentioned above, I didn't know if this game was going to lean in an arcade-y direction, or be more realistic. We decided on a touring car race and were taken straight to the starting line. Now, this race should give me a "best of both worlds" idea of how this game works for people who love racing games, me, and people who never play racing games, my friend. The race started and the cars roared to life. This track had a straightaway at the start, leading to a sharp right turn. I didn't know this, though, and neither did my friend, so we both went slamming into a wall while braking and turning the wheel sharply right. Luckily, GRID has a rewind button that reset us on the track with no damage done. Okay, we tried again; the next turn my wheel accidentally caught a piece of the grass outside the track and sent me spinning off once again. Damn. Well, it seemed that neither one of us was good at this game. 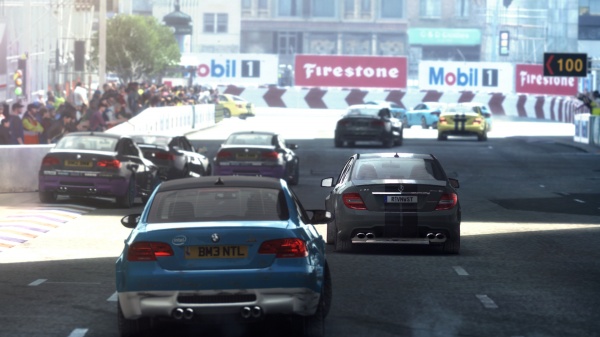 This game is challenging, there's no question. Even after playing through tons of career mode races, I still found myself missing my mark by what felt like a couple of inches and falling back into last place because of it. Playing on the normal difficulty caused me to lose almost every race, which I guess is the realistic nature of the game.

I did like the career mode, though the parts that set it apart from other racing games were fairly trivial. Picking which team your driver would race for each season was an interesting idea, but I ultimately didn't care which team I was driving for, or who my teammate was on the track. Now, this teammate is what sets GRID apart from other driving games on the market. In GRID how your teammate does on the track is just as important as how you do on the track, but you have no more control over him than you do other random racers on the racetrack, besides the simple commands of "try to push higher in the race" or "hold your position." Even though this simple little touch was a step in the realistic direction, it wasn't necessarily the most desirable decision. 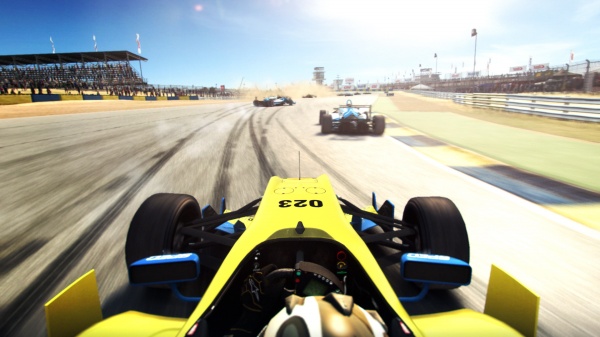 Overall, my main impression of this game is that there wasn't much to set it apart from other racing games. The career mode had a few nice touches, but overall failed to impress enough to recommend it over other similar racing games like Forza.

Final Rating: 70%. GRID Autosport is a middle of the road racing game that has little to set it apart from the competition.