Dead Rising 2: Off the Record Review

Frank West is now a celebrity from his involvement in the Willamette zombie outbreak in the first game of Dead Rising. He was infected with the zombie virus and uses his newfound fame and money to afford Zombrex for his condition. The money is still not enough though, so he goes to Fortune City to compete in the Terror is Reality (TIR) game show in order to raise more money. While he is there, he gets involved in another zombie outbreak along with several other survivors - the same survivors that Chuck shared a full game with.

The main story of Dead Rising 2 does not really change too much with Frank West as the main character. Many of the cutscenes are still the same, but Frank has been edited into them so he can share his comments with the cast of Dead Rising 2. The dialogues have been changed a bit (characters will slightly change what they say) but Frank really doesn't add that much to many of the cutscenes in main game - he sometimes says the exact same phrases as Chuck. Having played Dead Rising 2 so much, it was really hard to watch some of the cutscenes once again in order to see Frank's interaction and responses to characters.

The story does have some changes to it however. There are a few added segments of story and new cutscenes. Some of the case file missions are completely different - there is one case file mission that used to be an extra mission, but now it's a main story mission. Survivor missions remain the exact same for the most part, but a good chunk of them occur at different times - for instance, a player might save a survivor on day 1 in Off the Record when the survivor didn't even appear until day 3 in the original Dead Rising 2. Basically, many of the extra missions have been shuffled.

There are a few extra survivor missions here and there. Many of them are very forgettable - just a simple meet up and save then escort back to the safe house. The game has a few more psychopath bosses. All of the new psychopaths are really great - they're very creative much like the original cast of psychopaths in Dead Rising 2. One of the psychopaths provides a very interesting and quite shocking story change. Even though the main story of Off the Record remains basically the same as that of Dead Rising 2, it does have its moments where I greatly enjoyed the changes. 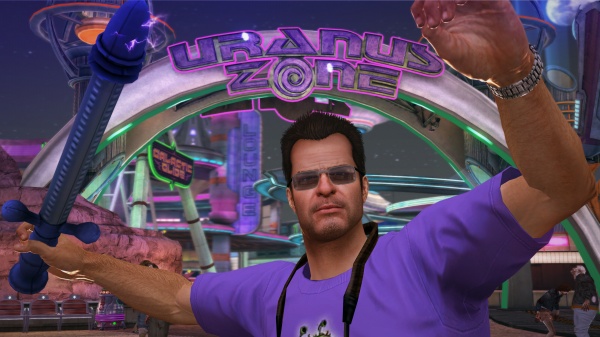 The game has several added weapons and items. There are new combo weapons that can be made and all of the combo weapons and items that were in previous versions of Dead Rising 2 have all been brought over. Even the combo weapons from Case West were brought into Off the Record. Frank has his own set of skill moves that he will gain as he levels up. He doesn't feel the same as Chuck for the most part. He uses many weapons differently and he has his own special moves. The zombie walk from the original Dead Rising returns once again as a skill move and Frank has all of his moves from Case West as well.

The graphics and overall look and feel of the game have been improved in Off the Record. The framerate in Dead Rising 2 was a major complaint from many games and it has been tweaked to where the game runs much smoother now, even when several zombies appear on the screen at once. The framerate still takes a nosedive at times and the game can still get pretty choppy just like the original Dead Rising 2, but it stays running much smoother than before.

It's very noticeable that Frank has smoother animation than Chuck when he walks. Whenever you turn with him, he will sway his head to the side during the turn instead of making an instant turn toward a direction like Chuck did in Dead Rising 2. Frank has much more fluid animation overall. Like Katey in the original Dead Rising 2, Frank requires Zombrex every 24 hours - he can inject himself with a shot of Zombrex at the required time.

The original Dead Rising 2 took out the camera from the gameplay, but Off the Record brings the camera feature back into the game and it adds some nice variety at times. Frank can take snapshots of destruction or brutality as well as other elements and receive Prestige Points (PP) from the shot. Much like the first Dead Rising, there are also several Photo Op moments where a "PP" logo will be displayed over a psychopath or survivor's head and Frank can take a snapshot of the action and gain a big amount of PP from the shots. It can be quite fun to mess around with a boss and try to get him to reveal his photo op moment.

Fortune City now has a new Uranus Zone theme park area. The area has several rides and stores all throughout it. The majority of the stores are just edited versions of other stores found in Fortune City however. It has the theme of an alien world throughout it basically. 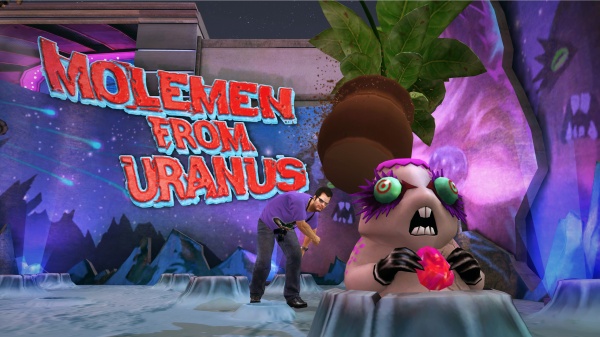 Off the Record has a Sandbox mode that is much like the Infinity mode from the original game without a time limit. A player is free to do whatever they want to do in the zombie-plagued Fortune City for however long they want to. Sandbox mode has several challenge markers throughout Fortune City. Frank can approach these and attempt whatever challenge is displayed (killing a certain amount of zombies, reaching a certain area in a certain amount of time, etc.) in order to receive money and a bronze, silver or gold award based on how well he did.

The gameplay of Off the Record is better in ever way from the original Dead Rising 2. It fixes the game's problems and adds quite a bit of new features. The major flaw that I found to Off the Record was in the game's story mode however - it's got so much of the same stuff in it. The returning missions are all the same (just reshuffled) and the main story feels very similar to the story from Dead Rising 2.

Dead Rising 2's main story had a much more satisfying feel to it. Chuck had more of a purpose to be there for his daughter, Katey. In Off the Record, Frank feels very forced into the story. He feels like he is just there to please fans. The story changes can be quite good at times - Frank has his own unique lines that add to his character and sometimes his responses are better than Chuck's - but, even though Off the Record is a version of Dead Rising 2 made especially for Frank (alternate story), I still can't get past the feeling that Dead Rising 2 is Chuck's story and not Frank's as I watched the same basic story of Dead Rising 2 only with Frank edited into the cutscenes where Chuck used to be. It's just like if Resident Evil 5 was remade with Leon Kennedy in place of Chris Redfield as the main character - it wouldn't seem as good to me. 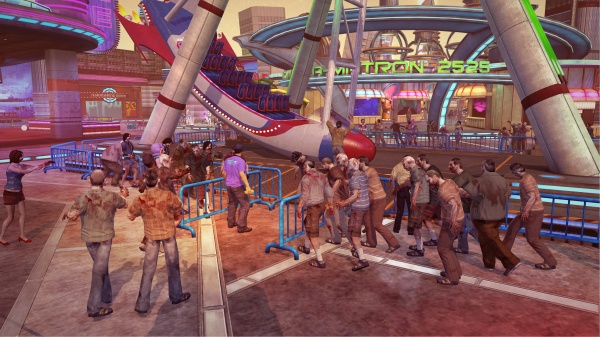 With the asking price of $40, Off the Record is still a great purchase for a fan of Dead Rising 2. It adds quite a bit of content for a player that enjoys Dead Rising gameplay. There is a truly a lot of stuff to do in Off the Record. The only problem you might have is that the game feels so very similar to Dead Rising 2 in many areas. If you overplayed Dead Rising 2 like I did, the game might seem too familiar to you as you perform the same survivors missions and overall story progression. Even though the survivor missions are reshuffled in the days that they appear in the main story, the majority of them remain the same. In terms of gameplay, it is the ultimate Dead Rising 2 experience with all of its added content. Sandbox mode adds quite a bit of replay value - you can literally do anything you want for however long you want.

The Good:
+ Many improvements (better framerate, better lighting, smoother animation)
+ New combo weapons and items
+ Extra mission, bosses and some story changes
+ Sandbox mode (basically, what many DR fans wanted in DR1's infinity mode)
+ Photography is back and fits into the gameplay quite well

The Bad:
- Framerate can still get choppy
- Frank feels forced into the story
- The majority of the missions and overall main story hasn't changed

Final Rating: 85%. Frank West has covered wars, the Willamette incident and now he shoves Chuck Greene aside and covers the Fortune City incident!