It's hard to believe that it has been five years since I reviewed Soldner-X 2: Final Prototype on the PS3. I really enjoyed the semi-retro shooter back then, and now that it has made its way to the PS Vita, I like the game even more. Why? To me, this type of game is perfectly suited to a portable device, rather than a console. I felt the exact same way about the Vita's other PS3 port shooter Sine Mora. In both cases, the games are nearly identical to their PS3 counterparts, but I got way more enjoyment out of them while playing on the Vita. And for just $7 (or $10 if you want the three DLC levels), Soldner X-2: Final Prototye is a fun and cheap way to get you to dust off that seldom used Vita.

Author's Note: Rather than rehash everything I said in 2010, I'm going to encourage you to read my original review, which can be found HERE.

Since you can get all your relevant critique from my original review, I'm going to talk specifically about the Vita version. Everyone who owns a Vita knows how shoddy and lazy ports can end up being on the system, but Soldner X-2: Final Prototype is an exception to that rule. The game looks amazing on the Vita and even when in bullet hell bliss, the game never drops below 60fps, at least as far as I could tell. The game also adds a new set of trophies for players who enjoy that type of thing, so trophy hounds may want to invest a little time and grab some of these achievements. 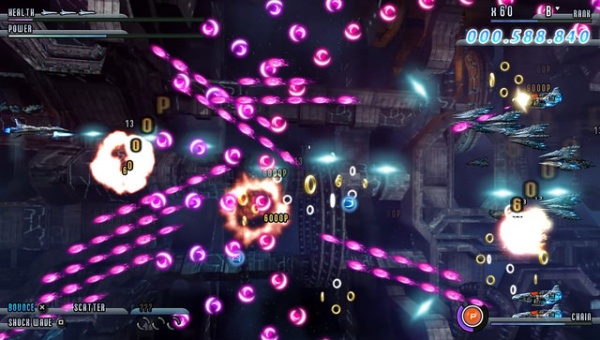 Like I said, I liked Soldner X-2 back then and I like it even more now that I can play it on the go. It can't unseat Sine Mora as my favorite Vita shooter, but it comes pretty close. It costs next to nothing, provides plenty of fun and represents one of the better ports to the handheld system. Even casual fans of the genre should check this one out ASAP.

My original review gave it a 92, so I added a point because I liked it so much more on the handheld system.

Final Rating: 93% - This Final Prototype picks up a point on the Vita.