If a game has zombies in it, I’m usually up to the challenge of playing and reviewing it. Zombies mixed with plants or too much crafting is usually not my type of mixture but I was willing to give Deadcraft a try. Deadcraft is a zombie survival-action developed by Marvelous Inc and published by XSeed games. The game focuses on crafting and overall survival in its gameplay.

Starting out, the world is destroyed by meteors and the meteors unleash some sort of virus that causes the dead to rise. You start the game on the run from a gang of baddies. Once you find safety, you continue on as a rogue and eventually find a place to start over and exact your revenge against the baddies. Your character is called “Reid” and he is a half-zombie human. Reid has the powers of a human and a zombie based on his current attributes. 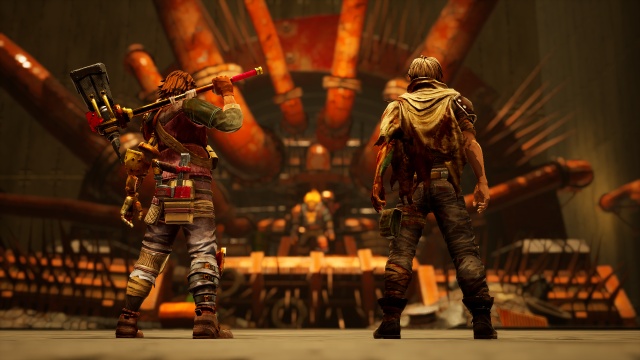 Deadcraft is mainly about survival and crafting items in order to survive and make your way through missions. The survival portion seems harsh at first, but through crafting, you learn the ropes rather quickly and start to build up your character for the days ahead. You have to look after a food gauge, water gauge, health gauge and stamina gauge. A good bit of the time, replenishing one gauge will lower (or possibly raise) another gauge. While starting out, you’ll only have access to sludge to drink, which lowers you HP every time you drink it, but through crafting you’ll eventually learn to make pure water that will not hurt your HP when you drink it. Later on, you also learn to grow your own food and cook food to make it healthier for eating. Rotten food can be cooked to make it edible as well.

Your main home base is where you can sleep and save your game. Sleeping will replenish your health and stamina up to a certain point depending on how high your food and water gauge is. Higher food and water gauges will give you more recovery for that night. There is also a meter of a human face that keeps track of your zombie and human side. Eating and drinking certain food types will increase or decrease your zombie or human side. Each side has its advantages. The zombie side has the higher health gauge, but lower defense. Being too far zombie will also cause normal humans to run from you or attack you. Being a zombie will also give you access to certain special attacks that will take your zombie gauge in return for a very powerful attack. Your human side has a lower health gauge and higher defense but its attack strength is lower. 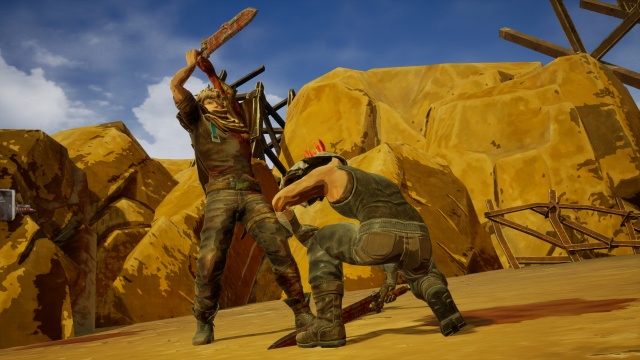 While fighting off zombies and humans, you’ll be gaining all sort of crafting supplies and items. Back at your base, you have a workbench where you can combine different items to create more powerful items or other means to craft more items. You’ll gain access to a fireplace for cooking, storage shed, water purifier/collector, etc. to help in crafting. While killing enemies, you can collect their bodies and grow your own zombies. You literally chop up a human body and make a sort of seed out of it then plant the seed and water it with zombie blood until it sprouts into a zombie. The zombie can be used to help out during battles.

You really have to grind for the supplies for crafting at times. Sometimes you get crafting supplies through normal enemy pickups, sometimes its hidden in the environment, sometimes you have to craft it and also there is often an option for buying it, but shops will go out of stock if you buy too much. Overall, the grinding isn’t super bad. It’s just right in Deadcraft overall. Being able to buy crafting supplies at shops helps out a bunch in saving time with the grinding. 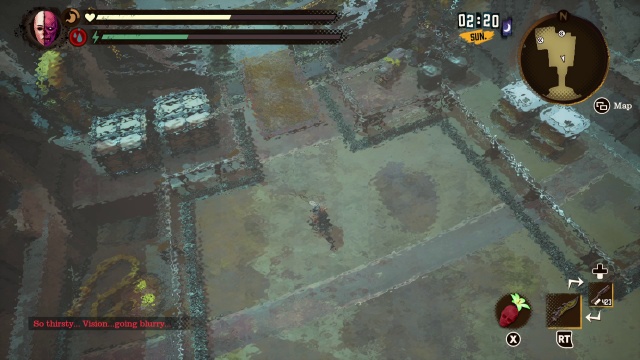 You’ll engage in main story missions and side missions throughout the game. Side missions will often help you out by requiring you to make certain items and bring it to the quest giver – this way you learn how to make that specific item for later. There are also the plain “fetch and retrieve” missions as well. The overall story to the game is alright. It was enough to keep me going but nothing spectacular. The main character is your average quiet type of protagonist but he does talk enough so you get some sort of personality. The game has both text and voiced dialogue at times.

The main problem I have with the game is the combat. The combat feels overall mediocre and repetitive. The main thing that saves the combat are the zombie skills. Zombie skills allow you to perform screen filling attacks that truly decimate your foes. The game is presented with an isometric point of view and allows players to move the camera with the right thumbstick. You’ll gain access to fast and slow weapons which you can assign to two slots and switch between them while fighting. Fighting is quite violent – there is tons of bloodshed and limbs flying as you engage in combat. There is also an annoying lag on some menus. It might partially be from using joycon thumbsticks, but even when using the joycon’s “d-pad” you can feel a bit of lag when choosing between options during a conversation. 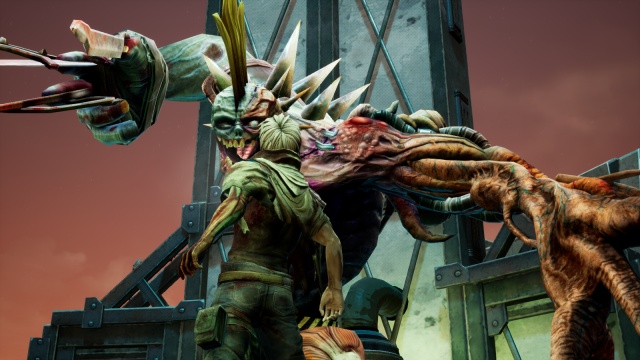 The game honestly felt bad from the start, but all I had to tide me over was combat, but once I got further and started to open up more crafting options, it became very addicting. If you’re a fan of crafting or survival be sure to check this game out. As a horror game, the only true horror is pretty much in the game’s setting, but zombies are your main type of enemy and you actually get to play a zombie hybrid as well. Overall, Deadcraft is a very addicting survival and crafting action game.

The Good:
+ Very addicting
+ So many crafting options
+ Zombie special attacks are fun to use

The Bad:
- Combat gets tedious and feels mediocre
- Lag during some menus