Last year’s Dragonball Z Kakarot is one of my favorite Dragonball games and easily the best of the single player DBZ games. If you’ve been a fan of the series since the beginning, the game is a huge treat. The game was recently released on Switch with two of the available DLC campaigns and this makes for an extremely nice package loaded with content. The DLC offers two extra playable campaigns that are separate from the story. The new campaigns can be started at any time from the pause menu while playing the main campaign. This review mainly goes over the overall performance of the game on the Switch console – if you want to see my complete thoughts on the full game, be sure to check out my review of Dragonball Z Kakarot here on The Gamers’ Temple. 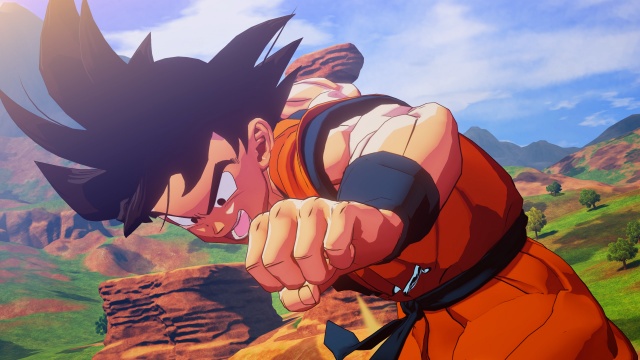 Normally, when playing a port on the Switch (that was released on more powerful consoles), I prepare myself for downgraded graphics, some bad slowdown, and an overall muddy experience. I’m proud to say that it’s absolutely amazing how well Dragonball Z Kakarot holds up on the Switch. The game is practically the same as it was on Xbox One and PS4. Both of those versions had their own problems with slowdown in intense situations, so it’s no surprise that it’s still here on the Switch version. The graphics look identical to the other versions on Switch. I only notice some minor pop-in of textures when getting close to them, but it’s not that bad at all. The game seems to struggle a bit more with intense situations, such as Super Saiyan auras, but the slowdown only shows up every now and then. The cutscenes run flawlessly on Switch. All the voices, music, and overall soundtrack is fine.

As already mentioned, the game includes all three major DLC campaigns that were released through a season pass on other consoles. The campaigns each introduce a few new gameplay elements, new characters, and their own unique story. While playing the DLC campaign, you can also unlock many exclusive items that can be used in the main campaign. Character experience carries over in between the DLC campaigns and the main story, so it’s kind of hard to start the “New Power Awakens” DLC directly from the beginning. The New Power Awakens DLC goes over the fight with Beerus after the events of the main story of the game. The other DLC, such as Warrior of Hope (Trunks campaign) needs to be bought separately unless you get the Ultimate Edition. 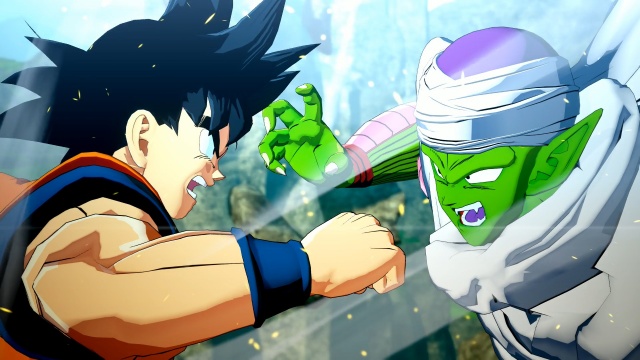 If you’re a fan of Dragonball Z, you owe it to yourself to try out Dragonball Z Kakarot in whatever form you can experience it in. There is truly no wrong way to go when it comes to this game. The Switch version is certainly a value with the extra DLC that it comes packed with. As usual, the Switch version also has the advantage of being portable. The game looks great whether in portable form or on an HDTV. Dragonball Z Kakarot is the ultimate companion piece to have while watching the DBZ anime series so don’t miss out on this game!

The Good:
+ This version runs nearly just as good as other versions
+ Two extra DLC campaigns are included from the start

The Bad:
- Some slowdown here and there (a bit more than the other versions)

Final Rating: 80% - Dragonball Z Kakarot runs this good on Switch!? My scouter is picking up a high-power level from the developers!