Several years back, Activision released Tony Hawk’s Pro Skater HD which compiled much of the first and second game. Tony Hawk’s Pro Skater 1+2 is sort of a remake of that HD remake with much added content. Tony Hawk’s Pro Skater 1+2 is the final game developed by Vicarious Visions before their merge with Blizzard Entertainment. Even though I can’t play Tony Hawk games all that well, I have been a fan of them ever since the first game and the second game. I never went past the second game in playing them, so any improvements done to the formula after that are nearly unknown to me. This game finally adds in a tutorial mode that helped GREATLY with learning the ins and outs of the game. It’s so nice to finally have a good in-game teacher rather than being forced to read about all the tricks without any visual display!

Pro Skater 1+2 has the same tight controls that the first and second game had when they were released. The controls feel ever better in this remake with the more fluid animations in the characters. The game still challenges players to link together tons of tricks and special tricks into a combo for a huge score while making your way through stages and collecting items. If you’ve played this game on any other platform, you’ll definitely notice the graphical sacrifice to get this game on Switch. This game looks absolutely fantastic and the overall graphics are breathtaking on other platforms. 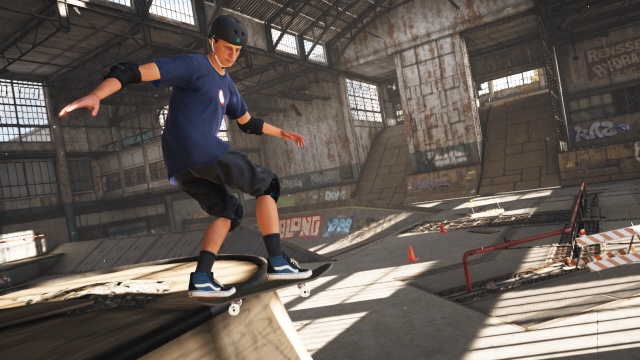 In regards to the Switch port, the characters models take a big hit, the backgrounds make many sacrifices and the particle effects take the smallest hit overall. The character models look like they were pulled out of the X360/PS3 era. Bad character models can be forgiven in a third-person game where a skater mainly faces forward the entire game, however. The environmental sacrifices are probably the worst part when it comes to graphics. Environments are robbed of several effects, such as missing lighting, missing shadows, missing textures, and some objects that were completely removed. The stages from Tony Hawk’s Pro Skater HD on PS3/X360 actually look better than the Switch port of Tony Hawk 1+2 overall. Particle effects, such as sparks from grinding and destructible environment debris are still intact for the most part (only minor sacrifices there).

Now, the big question... is the game still worth it with all these graphical sacrifices? Yes, it is very much worth if you plan on playing this game portable. There is nothing like having a portable skating game to take around with me! The game still looks good enough to be played both portable and on a big screen. The game moves at around 30fps, but it does not stay consistent all the time, so prepare for sudden slowdown in some instances.

As for content, the single player has you going through a skate tour (career mode) with stages from Tony Hawk 1 and 2. The stages have all been redone and the roster is much greater than it used to be with the addition of younger skaters. Just about all skaters are back from the first two game – with the exception of Spider-Man in Tony Hawk 2 because of obvious rights issues. The objectives in each stage have been tweaked here and there this time. There are some different objectives and some objectives that been removed. Most removed objectives involve collecting a certain type of collectible. Each stage can be played for all skaters or for a solo skater – basically, you can complete all stage objective on one file for all skaters (as in they all share the same unlocks) and one file for a solo skater (as in they all have to go through stages and unlock objectives for each character). There is also a ranked and free skate mode. 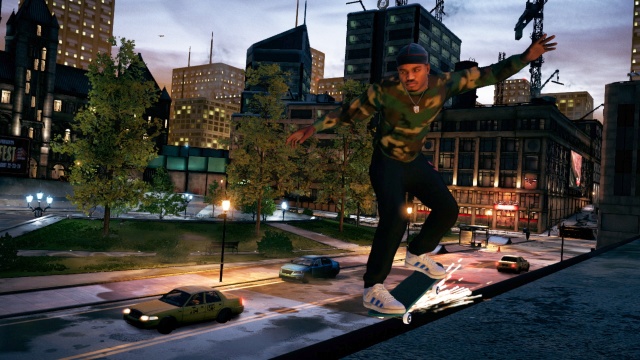 The soundtrack to the game is fantastic. It pulls some of the original tunes from Tony Hawk 1 and 2 and adds in quite a few new tracks. The music is still a mix of grunge and hip-hop music. This game has tons of unlockables for all modes. It feels like you’re always unlocking something just by playing for a bit. You’ll gain experience for you profile and gain money to buy new custom items to customize your created characters. All skaters have extra content to unlock by performing certain challenges. There is actually a tab for “Challenges” on the main menu that allows you to view all challenges for every skater, which includes extra skateboards, outfits, and special tricks. The game allows you to create four skaters and add whatever customization you like to him/her. The created character lacks options compared to other games such as only one body type (for both male and female) and slim pickings on just about all other aspects (including items from the store). It seemed like it was hard to create a character that I was fully satisfied with.

Multiplayer includes Quick Play, Split-Screen play, Private Match and Local Wireless options. Even with all the heavy hits to the graphics, the Switch version is still strong mainly thanks to its gameplay and overall content. Honestly, the Neversoft gameplay can carry just about version of Tony Hawk so long as it is left largely intact. Oh, and for you streamers out there, it’s worth noting that the game has a “Streamer mode” that can be turned on to mute all the music if you’re scared of DMCA strikes. Tony Hawk’s Pro Skater 1+2 is a fun celebration of new and old altogether and it’s a game that I recommend to all Tony Hawk Pro Skater fans no matter which version you get!

The Good:
+ It has a portable option!
+ Controls are still just as tight as Tony Hawk 1 and 2
+ The soundtrack has a lot of variety, both new and old
+ Finally, we have a tutorial mode – thank you!

The Bad:
- A definite downgrade in graphics in many areas compared to other versions
- The framerate is not consistently 30fps all the time

Final Rating: 75% - Even though this is easily the worst version of Tony Hawk's Pro Skater 1+2 it's the only one that is portable.