Where the Water Tastes Like Wine is a rather unique game that's more of an experience than it is a game in a traditional sense. It's a slice of Americana that focuses on folktales, how they begin, how they spread, and how they become a part of our culture. To accomplish this it wraps itself within its own folktale, one in which you play the central role. 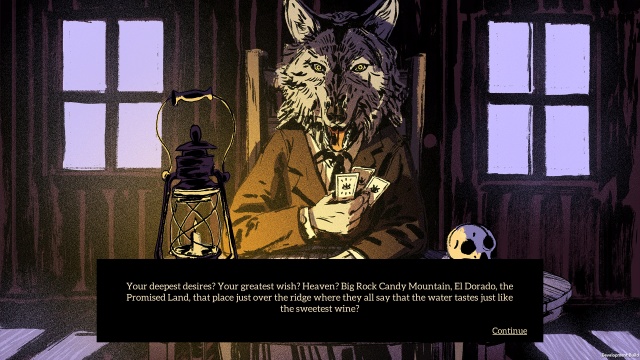 The game is set at an indeterminate time in pre-World War II America, an age when it wasn't uncommon for people to travel the country living the vagabond life. You are one of these vagabonds who take respite from a storm one night at a cabin in which a group of people are playing poker. You join for a while until only you and the host remain, and the game soon after reaches the point where you're playing for everything. Unable to call the final wager, you accept your opponent's offer of allowing you to wager a favor to make up for your shortfall in cash. When it comes time to play your hand, you find that your cards have been change to tarot cards and that you've been playing the game with a wolf. The wolf immediately calls in your favor, turning you into a skeleton and tasking you with wandering the country collecting stories, and as those stories change in the retelling to use them to uncover special stories that are more remarkable because they are true. With this you are sent out to complete your task and pay your debt to the wolf.

The game is played on a large map of the US. You'll walk your skeletal vagabond across the map looking for icons which represent encounters that will lead to new stories. These encounters are short little narratives that occasionally give you a choice of action or things to say. These choices change the direction of the encounter and can have an effect on what type of story you get from the encounter. The goal is to collect a full complement of story types - scary, romantic, hopeful, etc. - because you'll need a variety of stories when it comes time to tell them. 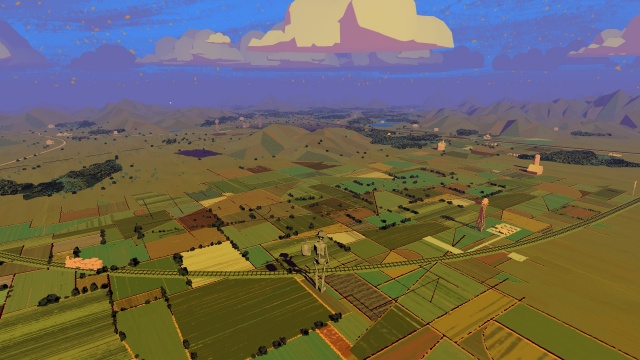 There are several special characters who you will encounter on your travels and during your conversations with them they will ask you to tell them stories. Their reaction to the story that you decide to tell them will be based on whether or not you're able to tell them the kind of story that they are looking for. If you give them enough of the kind of stories that they want, you'll advance your friendship with them. You'll only have a few chances to tell stories before they move on, but they tell you where they are going next, so you have the chance to collect more stories before you see them again. The goal with these characters is to eventually become close enough with them that they share their stories with you. 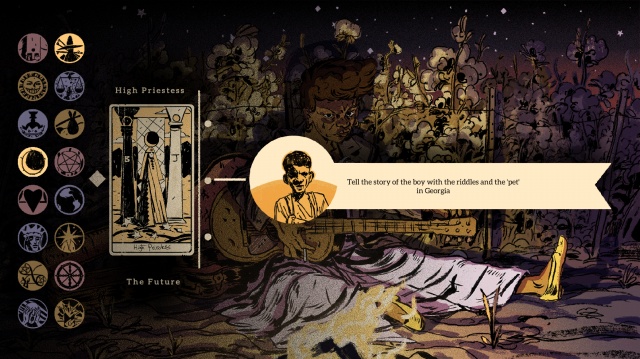 You'll spend a good portion of the game walking from place to place - the map is quite large and the encounters are spread out across the map. There are opportunities to speed things up by hitchhiking on a highway or catching a rail car, but these will only get you between the larger cities. To find all of the stories and characters, though, you'll need to roam across the countryside. The game makes the journey across empty spaces more bearable with a fantastic folk music soundtrack. The soundtrack is tied to the regions of the country, so the type of music you'll hear will depend on which part of the country that you're currently in. 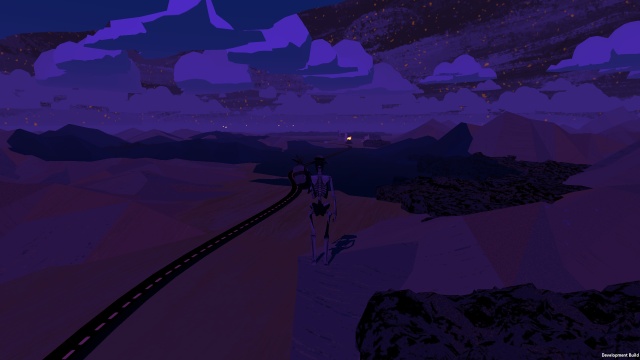 Despite the long distances and time spent walking, the game does well as a portable game. You can play for short stretches of time and sill manage to have a few encounters, and the music and stories make for good entertainment when you're killing some time. It's harder to play for long stretches at home, though, as you'll constantly be making the decision of whether or not you want to continue playing after clearing the encounters from an area knowing the time it will take you to reach the next ones.

Overall, I enjoyed my time with the game. I loved the art style and music, and while the stories are very short, they are varied and interesting. This game certainly won't appeal to everyone, particularly those who prefer a lot of action over narrative, but it is easily recommendable for those who enjoy something unique and different from time to time. I found that the soulful music and some of the stories would stick with me long after I was done playing the game for the day, and there aren't a lot of games that can accomplish that.

Final Rating: 80% - The first entry in the folktale simulator genre.