Friday the 13th: The Game Ultimate Slasher Edition is a third person survival horror game. The game has multiplayer as its focus, and it also has single player options. If you've been following the development and updates for this game on previous systems, you'll know that it has gone through quite the overhaul throughout the years with many updates along with many new modes. It's quite impressive how faithful Illfonic (the developer) has been to the game throughout its release.

The Switch version of the game includes all previously released DLC - this alone makes it worth the purchase for newcomers to the game if you intend to play it a lot. Even on Switch, the game focuses on multiplayer - it's the first option on the main menu still. Players take on the role of either Jason or one of many survivors. The survivors must work together to find items that will help them start a car or fight back against Jason. Survivors can escape the area by repairing a car and driving it out of the area or by escaping in the area where the police appear later in the match. The first dying player will respawn as the Tommy Jarvis, the most powerful survivor. While playing as Jason, players get access to all of his skills that allow him to teleport throughout the map or move faster in order to catch up with other survivors - by default, all Jason can do is walk. Jason attacks with his starting melee weapon and can find knives that can be tossed or gain access to his rage meter that will make him more powerful. 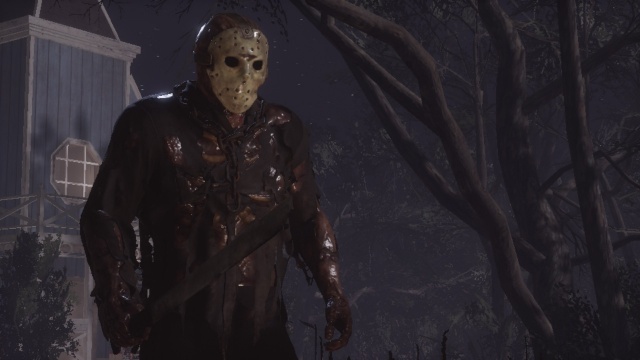 The game truly shines when Jason has cornered a player inside a house and stalks the player throughout the inside corridors. Windows can be broken to damage survivors that attempt to escape through a window and Jason can also lay down traps that will catch players that try to pass through certain areas. Jason has quite the learning curve with all of his available options. Thankfully, the Switch joycons work great no matter if you choose Jason or a survivor.

One problem that I've always had with the game (on other consoles and this one) is how survivors can team up on Jason. All survivors can rush him at once and stun him rather easily. The game has balance issues but it often depends on the skill level of the Jason player and the survivors so the balance is rather arguable, kind of Dead By Daylight's balance, so it can be a flaw or not depending on how you look at it. Either way, the game is fun, which is most important. My main problem with the game is that it gets repetitive no matter if you play online or offline. It doesn't have a highly addictive feel to it that you'll find in Dead by Daylight.

In single player modes, you can play as Jason against CPU survivors. You can also enter a Virtual Cabin which you can explore in a first person view and find items that give you details about Friday the 13th movie facts. There is a mission mode where you play as Jason and must perform specific objectives against CPU survivors. For multiplayer, the game seems to handle well online. Only time will tell how faithful online players will be to the game however. I constantly found games whenever I went online, which is promising. 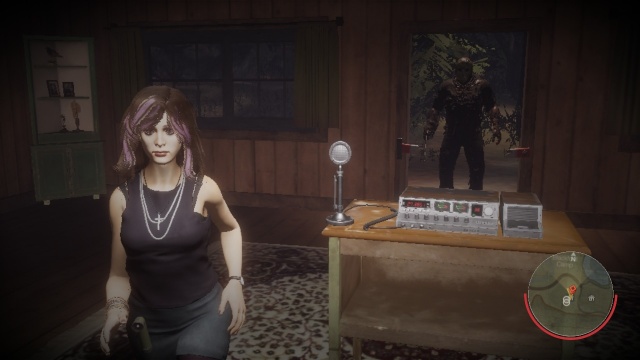 As one might expect, the graphics do suffer a bit for the Switch release. The game never really was a graphical powerhouse on other systems though, so the drop in detail is not that noticeable. It seems to run well both online and offline. If you want to get involved in the Friday the 13th multiplayer madness then the Switch version is definitely the version to check out if you want everything for a good value price. It has all outfit packs for survivors and Jason along with any other paid DLC that the other versions had, so it is easily the ultimate version of the game. If you're a horror fan or fan of the movies, be sure to pick this game up on some console - just the survivor deaths alone are worth the plunge.

The Good:
+ Has all DLC content
+ The survivor deaths
+ Tons of throwbacks to the movies

The Bad:
- The graphics suffer from a less powered system (not by much though)
- Gets repetitive after a while (especially if you only play single player)

Final Rating: 65% - If the super long title doesn't stress it enough, Friday the 13th: The Game Ultimate Slasher Edition is the definitive version of the game.