Onimusha Warlords is one of the original action games for the PS2 and was later released as an upgraded version entitled "Genma Onimusha" for Xbox. The game borrows some elements from the Resident Evil series, such as puzzle-solving and the fixed camera, but it focuses mainly on melee combat. The game series went on to spawn three sequels, a GBA strategy/RPG, a side story fighter and has had many references in other games (such as Soki in Tatsunoku vs Capcom). The original Onimusha is now remastered for newer consoles and it is definitely a great game to come back to.

The HD version of Onimusha has remastered visuals and a new control scheme. Just like with the Resident Evil remake rereleases, Capcom has given players 3D controls along with the familiar tank controls. With Onimusha, it's honestly hard to believe that I used to play this game with tank controls - the new 3D controls feel so much better. The only fault that lies with the 3D controls is that the game uses fixed camera angles so you'll find yourself moving in different directions as the camera angle changes at times. The 3D controls really help out for Onimusha's combat however - you practically don't even need to hold the strafe button anymore during battles.

The 3D control movement is mapped to the left thumbstick and the tank control movement is mapped to the directional pad and there is no way to change this. The control setup in the game cannot be changed at all. Players that want to use the thumbstick for tank controls are out of luck and there is no way to change the button setup. With the Switch version, the interact and soul absorb buttons are switched around compared to the other versions to where the B button is for soul absorbing and the A button is for environmental interaction. Strangely, the attack and magic attack buttons on the Switch have the same placement as the other versions where Y is for attacking and X is for magic attack. Situations like the Switch setup really make it to where you want to have some custom control options especially if you plan on having multiple versions of the game. 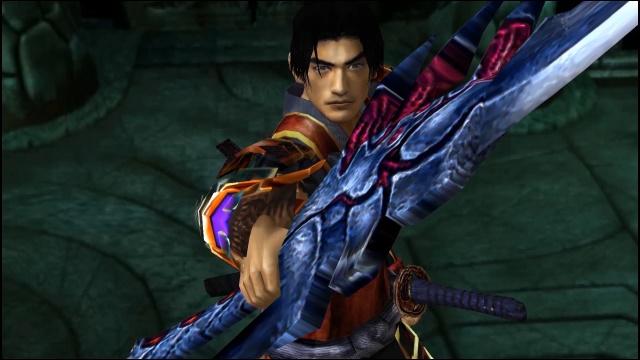 Another extra addition to the Onimusha re-release is the in-game challenges known as "Honors". You can find a list of these challenges on the pause menu. On all platforms except for Switch, the Honors are your actual achievements/trophies. The Honors greatly help out the Switch version since they are basically the game's built-in achievement system. In all other versions, when you unlock an Honor, you get the achievement/trophy associated with it, but in the Switch version, you get an in-game notification telling you that you unlocked that Honor. Honors are received for normal progression through the story, completing certain challenges, unlocking certain items and so on.

The story of Onimusha takes place in the Sengoku period and focuses on the samurai Samanosuke Akechi, and his female ninja partner Kaede, as they fight against Nobunaga's demon forces to try to save Princess Yuki. Samanosuke gets access to several melee weapons and few projectiles weapons (bow and gun). Players can defeat enemies and absorb their souls into a gauntlet, which can then be used to upgrade your weapons and items. Each weapon has a standard combo and there is also a counter attack (Issen) that can be activated just before an enemy attack to kill that enemy instantly. The game never truly forces you to use projectile weapons, but it is greatly needed during some situations. Onimusha's overall melee combat holds up very well today and still feels just as satisfying once you understand how to handle enemies. The game will completely kick your ass when you're first starting out, but becomes much more satisfying when you start to learn how to handle each enemy type.

The puzzles in the game range from fun to downright frustrating. If you ever hear anyone complain about "the water puzzle" then just play the game and you will definitely reference "the water puzzle" to someone else when you talk about the game since it is easily one of the most frustrating puzzles in an action game without some sort of help and I dread it every single time I go through the game. The game has some great boss battles and an overall good story. It includes English and Japanese voices with subtitles. The English voices are decent, but the lip-synching for the English track is incredibly bad. The game clocks in at around 6 hours on a first playthrough. I've always argued that the first Onimusha seems to rush the final area into a simple skip and hop to the final boss. For those that are wondering if the game includes the Genma Onimusha content from the Xbox version, you will be sadly displeased. The remaster comes with everything that was in the original PS2 release along with added 3D movement controls and that is it. There are no other extras. 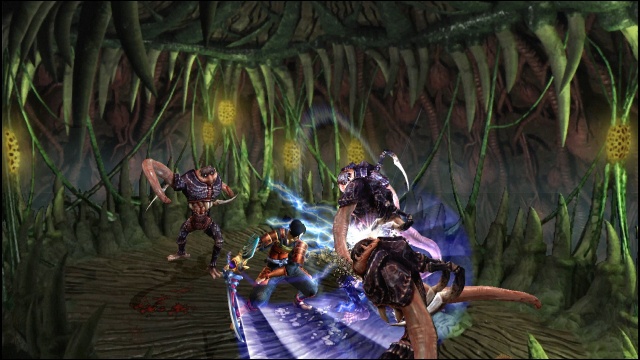 This review was written while playing the Xbox One and Nintendo Switch versions of the game and there is basically no difference besides some slight changes in the controls. If you enjoy Onimusha then I'd recommend getting the remaster of Onimusha Warlords. It's really annoying that the game doesn't include the Genma Onimusha content but the 3D movement controls work very well for the type of gameplay that Onimusha has.

The Good:
+ The game looks great in HD
+ The new 3D movement controls work quite well for Onimusha

The Bad:
- No Genma Onimusha content
- No options to change the control setup

Final Rating: 75% - While it's not quite the ultimate version of the original Onimusha, it's still a solid re-release.