The Callisto Protocol is a survival horror action game developed by Striking Distance Studios and published by Krafton. The game director for the original Dead Space was the head of the team for Callisto and it truly shows. Callisto literally feels like it was developed by a passionate group of fans of Dead Space. I greatly enjoyed every moment that I had with Callisto and I have a feeling that everyone that enjoys Dead Space will love this game.

A freight transporter, by the name of Jacob Lee, has a run-in with hijackers aboard his cargo ship resulting in a crash landing on Callisto. Jacob is taken into custody and incarcerated at Black Iron Prison. After being thrown into prison, Jacob wakes up to the horrors of crazed prisoners that have contracted some sort of unknown disease. Jacob must arm himself and fight against the deadly “biophages” while trying to solve the mystery behind what is going on at Black Iron. 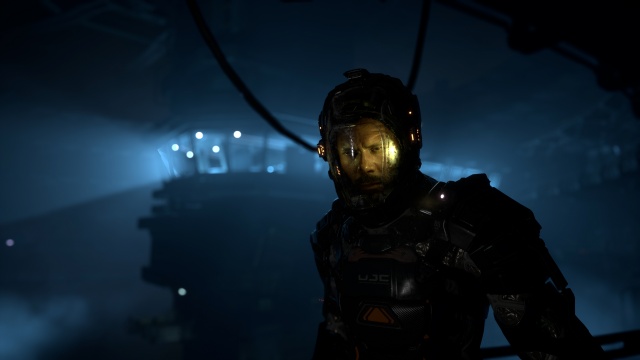 The gameplay to Callisto is nearly every bit of what you would find in a Dead Space game. The game has an “over the shoulder” view of Jacob similar to Dead Space or Resident Evil 4. Unlike Dead Space, the game emphasizes melee combat. Holding left or right on the left thumbstick will dodge an enemy attack and holding back will block. Once you find an opening in enemy attacks, you can start to hit the enemy with your own attacks. The combat is frustrating at first since it is so new, but once you get the hang of it, melee battles become quite addicting! Melee combat is nearly like a more interactive form of a Quick Time Event (QTE) except that the game gives you more control than simply tapping buttons or pressing in a direction.

The melee combat helps to make encounters more intense. Enemies often rush toward your character to attack and you are often forced into melee combat. The game has many guns as well. You only have two main guns, but they can be equipped with attachments that change them into another gun. For instance, you start with a handgun (Handcannon) and eventually get an attachment that turns it into a mini-shotgun (Skunk gun). There is another type of gun that has its own attachments as well.

Jacob also gets a GRP glove that lets him lift objects and toss them – think of kinesis from Dead Space. This allows you to lift and toss enemies into hazards such as fans and spikes as well as other uses. Just like Dead Space, you loot enemies by stomping their bodies. All enemies drop some sort of item. As you go through the game, you can collect credits and sell valuable items in order to buy new weapons and upgrade existing weapons at a shop. Schematics must be collected and taken to a shop in order to buy a new weapon – sound familiar? The game also has a few hidden objects to find and paths to take for extra pickups as well. 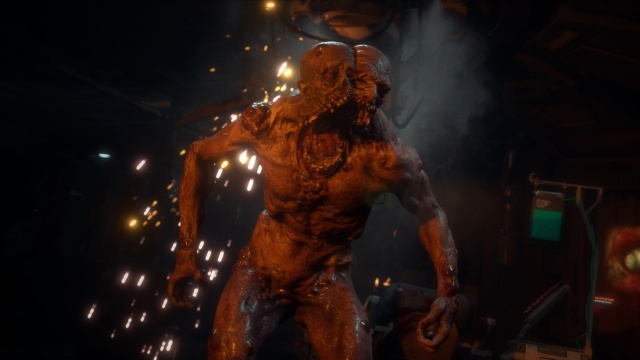 Callisto looks absolutely beautiful. The game breaks out into cinematics from time to time during gameplay and it uses the same graphical engine for both. This is some high budget horror! The character models are highly detailed and so are the enemy models. The atmosphere is just as solid as what you would find in Dead Space. Rooms are often full of mutilated dead bodies and organic tissue from alien lifeforms. Lighting effects are on point as well. There are some rooms in the game that use a type of smoke to hide surrounding hazards from your view, making the exploration all the more intense when you realize that enemies can hide in that same mist. The game is also super violent. Just like Dead Space, appendages fly all over the place during combat. The main character death animations are incredibly violent as well. The main cast is played by Hollywood actors, who do a really good job with the motion capturing and voice overs. As usual, Sam Witwer shines in his role! Speaking of sound, this game absolutely nails the sound design. It’s amazing that I can actually hear the violent spinning blades of a fan when standing near one. The game is full of random sounds of creatures crying in the distance and other horrifying noises. It also has plenty of atmospheric tracks and, as usual, its own theme song for the credits!

Oh, and did I mention this game is long? It clocked in at 14 hours for me – that should be around 11-13 hours for the average player, considering how much I like to explore. The game is fairly linear, but it does have branching paths at times. Some paths will lead to new pickups and others will lead toward your objective. Starting out, the game feels more linear than it does later on. Later on, you get bigger areas to explore, giving you more freedom to look around at a variety of different rooms instead of just a few corridors.

The game only has a few bosses – arguably only one major boss. Normally, I would complain about this, but the game feels absolutely fine with this setup. I honestly feel that more bosses would be intrusive to the overall game experience with Callisto. Callisto’s normal enemy fights can feel like a boss fight with how intense some of its rooms can get. Even though melee combat gets easier as you learn it, you’ll be going up against multiple enemies more often as it progresses. Enemies start to group together more often as you go further and they also start to mutate. Mutated enemies are way harder than normal enemies, so you want to stop that mutation as soon as you can once you realize an enemy is about to do so. 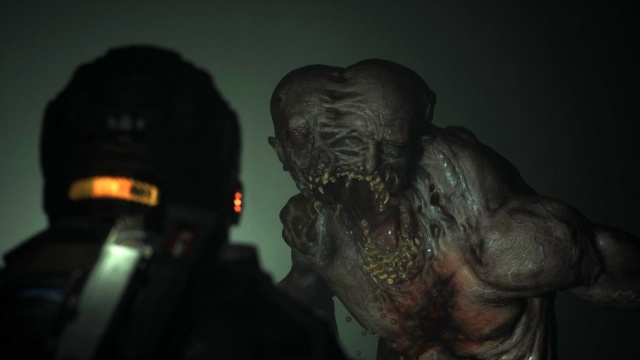 Like I said earlier, this game only has two major weapons with attachments that you can use to transform each one. You can only quickly switch between your two main weapons during combat. Attachments must go through a full attaching animation. This can lead to some unexpected problems when not prepared for an upcoming fight – say you run out of ammo for your hand cannon and have to switch to skunk gun during a super intense mutated enemy fight. This wasn’t really too much of a problem for me, but it is noticeable.

The inventory in this game can get annoying with all the items available to pick up. Early on, you only have six inventory slots and later you gain more. The main problem is that your inventory can get clogged with valuable items that you can sell and the areas to sell these items are often far away. I really feel that the sellable items should not take up inventory space. As you gain more and more weapons, each of the weapons’ ammo will take up more inventory space and then you have health pickups, GRP recharges and sellable items all along with it. I often found myself dropping items (even sellable items and healing items) because of lack of space to hold them.

While I love the overall melee combat, it can feel a bit spotty at times. When a projectile enemy is in your mix of enemies, it can hit you with projectiles while you battle other enemies. Trying to melee multiple enemies can get super intense and it feels like I always get hit in some way when this happens. You definitely have to use guns and your GRP glove during some battles in this game because melee simply doesn’t cut it for bigger fights.

Unfortunately, the game does not have much in terms of replay value. It has an Easy, Normal, and Hard difficulty, all available from the start, and there is no sort of unlockable difficulty or new game+ type of unlockable once the game is beaten. If you play through this game on the hardest difficulty and manage to find all the collectibles in this game (which isn’t all that hard to do) on your first playthrough, you have basically done everything there is to do in one playthrough. 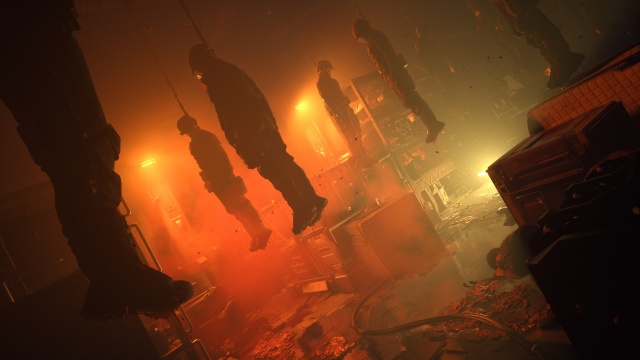 Overall, Callisto is a really good survival horror experience. If you like Dead Space, you need to try this game. The main campaign has a lot of passion put into it and I had a bunch of fun with it. The game definitely has some problems here and there, but I think true horror fans will admire it for its fantastic campaign. I really feel that this series will have just as interesting of a world as Dead Space if the series continues beyond this first installment. The story is overall good and the ending begs for DLC or a sequel. Be sure to try this game if you’re in the mood for a cinematic horror experience with a lot of intensity.

The Bad:
- Barely any replay value (this is my major gripe with the game)
- Inventory management is too often a problem

Final Rating: 80% - If you like Dead Space, you definitely need to check out The Callisto Protocol.