Call of Duty has been around long enough that it’s becoming hard to tell which recycled title is a remake and which is a new original game. This year’s entry in the series, Modern Warfare II, is indeed an original game and not a remake of the 2009 game of the same name. The campaign does feature a lot of familiar faces – Price, Soap, Ghost – to anyone who’s played games in the franchise off and on for the past decade plus, but it’s self-contained enough that you can begin your Call of Duty experience with this game and not be hopelessly lost. Well, if you occasionally do feel lost, that’s part of the Call of Duty experience and not necessarily a result of you walking into the middle of the movie.

The campaign opens with an incident borrowed from recent history with the US using a drone strike to assassinate a foreign general. The fallout from this event is a complex covert revenge operation that involves stolen US missiles, the Russian army, and Mexican cartels. Standing in the way of this plot is Call of Duty’s storied Task Force 141 and the Mexican Special Force’s equivalent of The Untouchables. In typical Call of Duty fashion, the campaign will take you on a globetrotting tour across 17 missions. Story-wise the game is by-the-numbers Call of Duty, going for an action movie plot of a super-villain running a complex revenge scheme while the heroes find themselves completely isolated and going it alone. The missions are all special forces style covert operations, outside of a sequence in which you direct fire from a gunship providing cover for an operation from above. There aren’t any of the larger battlefield engagements frequently seen in Call of Duty games and Modern Warfare II tries to ties its biggest “wow” moments more to plot twists than to jaw-dropping battlefield moments. This is a game heavy on stealth operations and improvisation in the moment – your success in some missions will hinge on your ability to scavenge for parts to craft improvised tools and explosives. 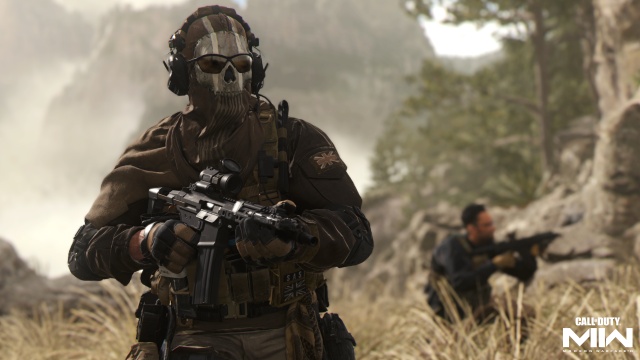 Most of the missions are enjoyable, and although they are heavily scripted as usual you do have some leeway as to how you go about accomplishing some of the objectives. The campaign missions are mostly enjoyable and everything moves along nicely until you get to the penultimate mission. This mission and the next end with battles that endlessly spawn armored enemies while you’re trying to run around and accomplish other tasks. It’s rather annoying and unrealistic to the point of silliness, especially when you accomplish your objective and those endlessly spawning enemies simply disappear. Overall, if you enjoy Call of Duty campaigns, you’ll probably have fun with this one. The game does offer incentives for accomplishing the missions, but if you’re not normally into the single player campaign, picking up a new calling card or similar item may not provide enough motivation to put in the hours to finish the campaign.

Multiplayer action comes in a few flavors. The standard matches are played between two teams of six (or a twelve-player free-for-all depending on the match type). You can let the game drop you into the next available match type, stick to a single one, or create your own playlist. Most of the modes will be familiar to anyone who’s played recent Call of Duty games. The death-match style modes are Free-for-All, Team Deathmatch, and Kill Conformed, and the goal-focused modes are Domination (capture and control three zones), Hardpoint (capture and control the hardpoint, which moves to a new location every minute), Headquarters (capture and control the HQ, with respawns disabled for the defenders), Control (teams alternate attacking and defending a pair of objectives), and Search & Destroy (attackers attempt to plant and detonate a bomb, no respawns). Modern Warfare II introduces two new objective-based modes, Knock Out and Prisoner Rescue. Knock Out is a game of keep away with a bag of cash.

There are no respawns and the last team holding the bag wins. Prisoner Rescue centers on two prisoners. The attackers must find the prisoners and extract them from the map, while the defenders try to prevent this. Unfortunately, the respawn restrictions in these new modes turn them into what is essentially single elimination team deathmatch. Players tend to ignore the objectives and just concentrate on eliminating the enemy team and taking the win that way. Modern Warfare II is missing the fun variant modes such as Gunfight and Champion Hill that seemed like they were becoming a part of the franchise. In their place you get a variant of sorts in that you can play the multiplayer mode in third-person mode. I found this mode to be more of a novelty than anything else, and after trying it out went right back to the familiar first-person mode. Call of Duty multiplier simply works better for me in that mode. 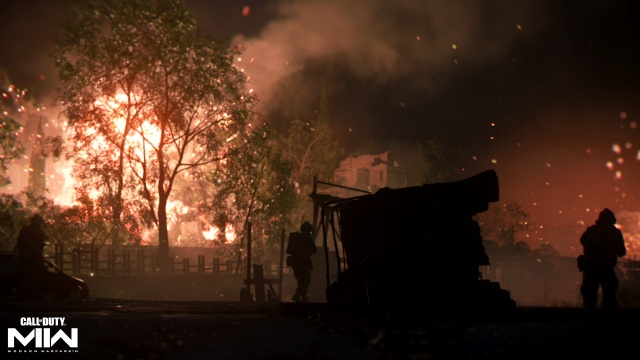 The larger scale battle map modes are Ground War and Ground War Invasion, both of which pit two teams of 32 against each other on larger maps. Ground War is a bulked-up version of Domination with more control points spread out over a much larger map. Ground War Invasion is a scaled-down version of Ground War that reduces the team size to 20 and throws AI-controlled bots into the game. It is more of a free-for-all, with the teams competing to be the first to reach a score of 2,000 points. Mowing down bots is relatively easy, which is probably why they are worth a lot less points than a player kill and do not count towards killstreaks. These modes feature player-controlled vehicles – tanks, APCs, helicopters, etc. – that can be manned by multiple players, although mostly as passengers. There are a limited number of vehicles and they are all on respawn timers, so don’t expect these matches to play out like tank battles.

The maps for the 6x6 modes have a tighter feel to them – things are overall a bit more claustrophobic than they were in Vanguard, and even the maps’ open areas don’t feel all that open. There are spots for snipers to find some longer sightlines, but snipers who like to make camp and provide overwatch will find the Ground War maps more conducive to their playstyle. Some of the usual Middle Eastern style locations are represented in the map list, but the campaign’s ties to Mexico have given birth to the Mercado Las Almas map with its alleyways and shop interiors and Santa Sena Border Crossing with its traffic gridlock that leads to a maze of cars to maneuver and fire around. Another map of interest is the Crown Raceway, a Formula One track that provides for the more open areas and a network of garages and control rooms that provide for room-to-room battles. The 6v6 maps all essentially fall into the two or three lane design common to Call of Duty games, and there are enough alternate routes through these maps that you’ll always need to watch your back. The Ground War maps provide the most variety, with interior locations, highways and side streets, and the verticality of rooftop locations on multistory buildings.

For those who want their multiplayer a little less competitive, there are some co-op options in Spec Ops mode. The missions are objective-based, and you’re given a lot more leeway as to how you want to go about accomplishing them than in any of the campaign missions.

The gunplay is tight as always – Call of Duty remains the leading shooter when it comes to control and responsiveness. Weapon progression has been changed, though. Rather than each weapon advancing in experience and unlocking attachments in isolation, the game now groups weapons into families it calls platforms. This means that you can unlock attachments for weapons that you currently haven’t leveled-up, but it also means that you may need to branch out and use weapons that you don’t usually use in order to fully unlock all of the attachments on a weapon that you do like using. It’s a bit confusing and convoluted – I can see what they were trying accomplish here, but I can’t help but think that things were already just fine the way they were. 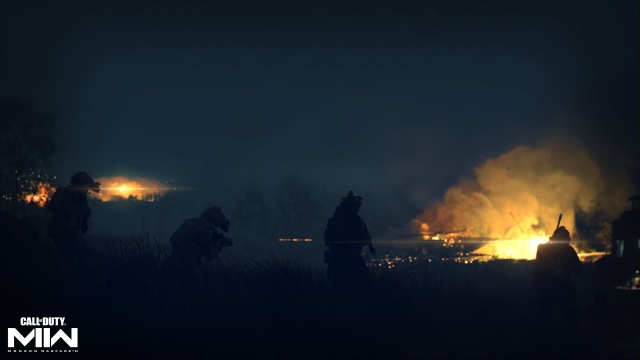 As for the gameplay, Modern Warfare II is a boots on ground plus experience. The maneuverability is more than you’ve seen in Vanguard, but not anywhere near the future combat wall-running we’ve seen in the past. Unfortunately the “plus” part of “boots on the ground plus” means that multiplayer matches are plagued by bunny hopping and sliding. It’s odd that a game that puts so much work into weapon realism wouldn’t create a battlefield in which jumping up and down constantly was a lethal tactic. Can you imagine US Special Forces training operatives to hop up and down while shooting or to slide around corners? Yeah, neither can I.

Taking everything together, Modern Warfare II delivers a campaign with some interesting missions, an average story, and a bullet sponge endurance test ending. Multiplayer delivers the Call of Duty experience, but one hampered by an unnecessary change to weapon progression and rampant bunny-hopping and that would benefit by eliminating the jump button in a future update. Overall, Modern Warfare is a middling offering in the series.

Final Rating: 75% - The core Call of Duty gameplay is there, but Modern Warfare II has some issues and fails to be anything more than an average game in the series.