Mankind Divided has a 12 minute recap video of the first game and one that you should definitely watch if you're new to the series. Even with a long recap, the plot of Human Revolution had so much detail that a 12 minute still doesn't do much justice for the story, so I'd recommend playing through Human Revolution if you haven't. The story to Mankind Divided picks up 2 years after the events of Human Revolution and the lead protagonist is once Adam Jensen. People are still recovering from the "Aug Incident" in which mechanically augmented people became uncontrollably violent. Once again, we see a world where augmented people are discriminated against because of their augments. Adam Jensen is now working with a special Interpol unit and he is secretly working with another organization to find the whereabouts of the Illuminati.

Just like with Human Revolution, you'll get a wide range of main missions and side mission with several objectives to accomplish. Main missions can take place in unique areas or towns and have side missions associated with them. As you play, you'll level up with experience that can be used to gain praxis kits for upgrading your augments. Adam starts out with several augments already unlocked, but eventually, you'll lose some of your augments (due to an event in the game) and have to use your praxis kits to reunlock them. Adam has ALL the augment abilities that he had in Human Revolution and he will eventually gain more augments very early on - such as an arm blade and the ability to hack from long distance. 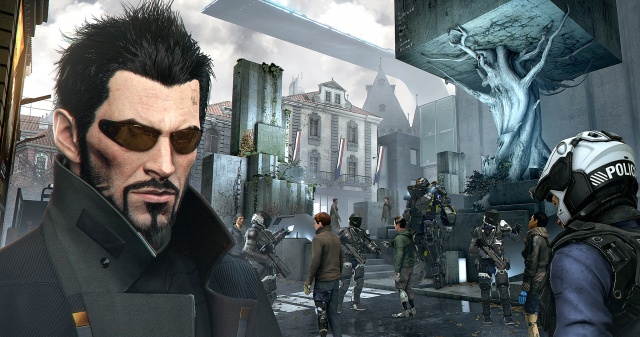 Along with praxis kits, Adam can now craft and upgrade items and weapons through the use of crafting parts found in the environment. You can use the parts to upgrade your weapons or make other items so you don't have to buy them. Weapons can still be upgraded with aspects such as range and firing power and you can now upgrade them with additional parts such as silencers and laser pointers. Mankind Divided really ramps up the customization for weapons greatly. You can bring up a menu that shows upgrade slots on your weapon as Adam holds the weapon in his hand and you can switch between various modes, upgrade parts and ammo types while in the menu. There is a shooting range for practicing with weapons and you'll find many tutorials spread around the game to get you up to par with the controls for the game, which are greatly needed.

Just like in Human Revolution, you can choose to play the game with stealth and choose to kill enemies or knock them out. From the start, you are given either lethal or non-lethal weapons based on your decision but you can choose to go either route at any time. Choices are once again a big part of Mankind Divided and the story and path that Adam will have to follow are influenced by the choices your make, whether in-game decisions or your gameplay choices. The game still has the conversation system that it had in Human Revolution and it basically plays out the same as it did in that game where you can choose speaking options during a conversation in an attempt to influence the other person. Once again, Adam can use an augment to measure the other person's stress level and personality type.

The game offers a variety of control schemes for players. There is a new one for Mankind Divided or you can choose to play with the same scheme from Human Revolution or try out a more modern FPS-style control scheme. Adam can take cover behind objects and this will switch to a third person view camera angle. The game also switches over to a third person view while climbing ladders. The cover system is still just as tight and useful as it was in Human Revolution. Once again, Adam can choose from a variety of ways to enter certain rooms, such as fighting through guards, sneaking in through an air duct or perhaps finding some other way inside. 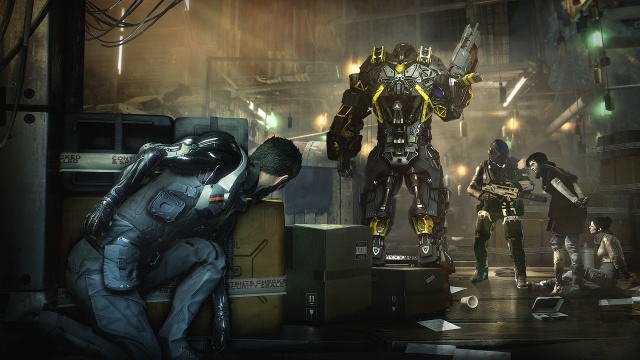 Hacking is still a choice in Mankind Divided. You can choose to hack a device and have to go through a hacking minigame where you'll have to take over nodes before the system shuts you out of the hacking device. You'll be able to find various software items that help you out in hacking and Adam also gains various hacking abilities through augments that can also help out. You still have to be a certain level in your hacking augment in order to hack some devices. Instead of hacking, you can find the codes for devices in pocket secretaries (digital journals) throughout the game as well.

You'll get to explore huge towns where you can travel to different portions of the town through a subway. The subway serves as the game's loading screen in between areas which is quite the genius with how well it fits in. Adam will meet returning characters and several new characters throughout the world of Deus Ex. All characters are unique and voiced well. Speaking of sound, Mankind Divided has an excellent soundtrack just like in Human Revolution. There are many tracks that add well to the atmosphere of the world and overall suspense of conversations. As expected, the graphics have been upgraded and the environments look truly fantastic. Character models are much more detailed than they were in Human Revolution as well. I did notice a bit of slowdown here and there but overall the game moves at a very steady framerate - I'd say it's around 45fps.

The level of immersion in Mankind Divided is still just as great as it was in Human Revolution. The amount of options available to Adam through sneaking, influencing the story through choices and manipulating characters through speech truly made Human Revolution an absolute blast to play and Mankind Divided feels the exact same way. I must say that a good bit of this review simply repeated information that I already had in my original Human Revolution review but that just goes to show that not much has changed from the mechanics of that game. The developers mainly went with an "if it ain't broke then don't fix it" attitude for Mankind Divided and the game truly benefits from that since everything in Human Revolution was already perfect so they only added a bit to it here and there and simply continued the story. If you expect a sequel to totally outdo the original, then you might think otherwise, but I'm just happy that everything in Mankind Divided still works as well as it did back then and I feel content in the way the game is. It's easy to tell that was a lot of time put into Mankind Divided and I definitely recommend it to fans of Deus Ex that enjoyed Human Revolution. 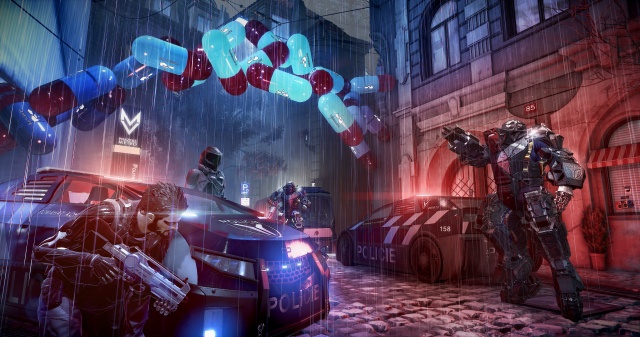 The Good:
+ Tons of content
+ More customization options for weapons
+ Good controls (one for every type of player)

The Bad:
- Slight slowdown here and there

Final Rating: 91% - Mankind Divided takes all the great ideas from Human Revolution and adds to them, making it just as good as the prior Deus Ex.