Ten teenaged friends travel to a remote mountain lodge for a fun getaway. The gathering takes a tragic turn when a prank gone wrong results in the disappearance of twin sisters, Beth and Hannah Washington. Now a year later, their brother, Josh, invites the friends back to his parents' lodge, hoping that the reunion will provide them with an opportunity to heal and to move past the terrible events of the previous year. The happy gathering doesn't stay happy for long, though, as it becomes clear that the friends are not the only ones on the mountain, and the events of the previous year will pale in comparison to what is in store for them this time.

This should be a rather familiar setup for those who are fans of the horror film genre. An isolated location cutoff from the outside world, a group of teenagers with a shared secret looking for a good time, and a lurking evil determined to kill them off, one by one. Unlike a horror film, though, Until Dawn gives you control over the fates of the potential victims. Rather than screaming helplessly at the screen for a character to run instead of hide or to take the path to the right instead of the stairs to the left, you can make those choices yourself ... and see if you were right or not, because now your wrong choices can lead to a character's death. The game won't take it easy on you, though. Just as anyone in a life-threatening situation must make their life or death decisions in a matter of seconds, you'll only have a few moments to make each of your choices. And you'll quickly learn that it's not so easy to do so.

Turn left or right, take a shortcut or the safe route, comfort or confront a friend, all of these choices and decisions work together in complex and unpredictable ways to shape future events. The game takes the notion of the butterfly effect, the concept that small and seemingly inconsequential actions can set off a chain of events that lead to a major unforeseen outcome, and makes it an essential part of its core gameplay conceit. Some of the decisions that you make will be butterfly effect decisions, something that you will know has occurred only after the decision has been made. As you play further into the game and experience subsequent events, you can browse through the butterfly effect status page when the game is paused and see which events are consequences of previous decisions that you have made. These butterfly effect decisions are essentially story branch points, and taken together will not only weave a story of your own making, but ultimately lead to different possible endings of the story and in the process determine who will live and who will die. 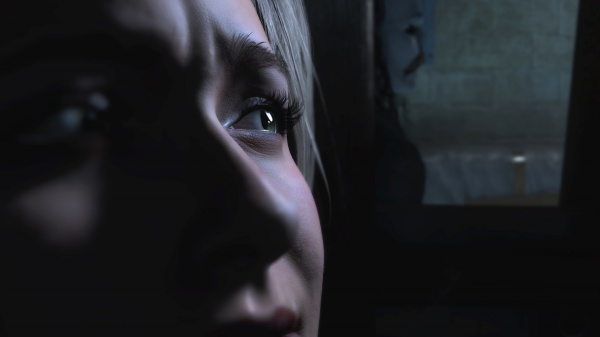 The gameplay itself has you taking control at different points in the story of each of the eight characters from the third person perspective. Your possible paths of movement are pretty tightly controlled, so you'll often simply be leading a character along one of these paths, looking for the telltale glints that signify an interactive object or an action that you can take. Most of the objects are clues that will help you piece together the mysteries of the mountain and its past, but some are special Native American totems that will give you a glimpse at a (possible) future event in the form of a vision. As you collect these totems, most of which are hidden away from the primary paths, you'll earn clips from a video that will eventually piece together to form a historical narrative of the mountain, assuming that you can find them all.

When the game presents you with a choice, you'll see your two options on either side of the screen. To make your decision you'll move the right stick to the side of the screen with your selection, or if you're playing with the motion control option a tilt of the controller will do it. If you're simply partaking in a conversation, then you'll have all the time that you want to make your choice. However, when you're in danger it's another matter entirely.

Chases, confrontations, and other dangerous situations play out fluidly, in a real-time manner. When choices pops up in these situations - run or hide, right or left, fight or flee - you'll have only seconds to make each one. Interspersed with these decisions will be occasional prompts to press a button so that you can do things like duck under a fallen log or dodge a hand that's reaching for your head. You really won't be given much time to respond to these button press prompts, and pressing the wrong button, or missing them entirely, can result in anything from letting your pursuer gain ground on you to costing you your life. 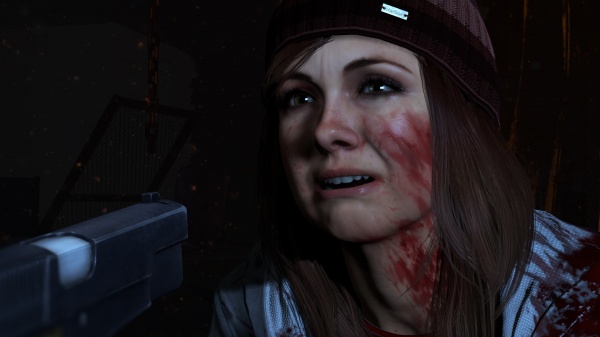 Now it may seem that a game that has you responding to danger by selecting options or completing quick-time events, and walking around looking for glints during its quieter moments, might not be that much fun to play. Quite the opposite is true, though. The game's pacing is spot-on and it does an amazing job of keeping things tense throughout. You may just be following a path at some point, but your hair will be standing on edge the entire time and you'll be scouring the surrounding area and hidden side paths for glimmers that may reveal another clue to the mystery on the mountain. You may just be making an occasional choice or button press when the action ramps up, but you won't know when the interactive moments will occur and when they do you'll need to respond to them in seconds. The game is scary, and it's made a lot scarier when a bad choice or a missed action can lead to the death of a character.

One thing that bothered me a little about the way the game is structured is that during the portions of the game where you are exploring a path you will often come to a split in the path. Once you start playing the game you'll quickly realize that taking the side paths will often lead to hidden totems or additional clues. However, starting down one of the possible paths will sometimes lead to a cutscene style controlled sequence that will move the story forward and leave you in a new area. If you choose this path first, then the alternate side path will be lost to you and you may not cross that way for the rest of the game, meaning that you'll never be able to obtain the lost totem or clue. In the large scheme of things this is a minor complaint, and I suppose that you can chalk up "paths not taken" to a butterfly effect of sorts, but for someone like me who really wanted to find all of the clues and totems to get a complete picture of the carefully crafted story it was a little disappointing.

The decisions in the game, especially those that come up during conversations between the characters, also have an effect on the characters' traits and their relationships to each other. Traits such as honesty, curiosity, and bravery may increase or decrease based on actions taken or things said, as can the feelings that a character has towards the others. These effects have a more subtle impact on the gameplay than the butterfly effects, but in some ways they have just as much impact. If one character says something flippant or derogatory to another early in the game, you'll see the effect of it further down the line in the way the characters interact later in the story, and in the actions and conversation choices available to them when they are together. While each character begins the game with a decided personality type, these actions do mold how these personalities manifest into actions when situations take a turn towards the dire. 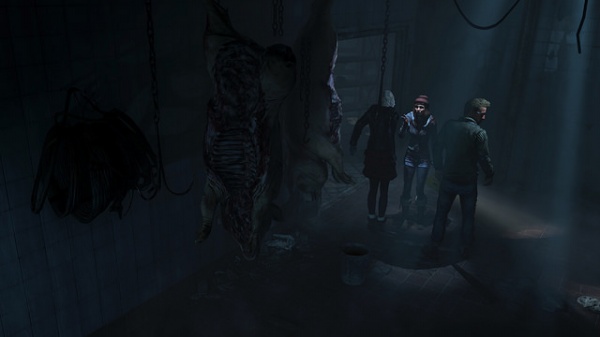 I found it interesting that as the characters became closer or more antagonistic towards each other as the story unfolded, I felt myself bonding with certain characters and forming a dislike towards others. I did my utmost to keep everyone alive (quite unsuccessfully), but when a character I like died it had a far greater impact on me. I felt an acute sense of failure and loss that I rarely experienced while leading countless thousands of characters to their deaths during my years of gaming. The game only has a single save slot and it is continually updated, so there's no going back after you lose a character. Their death is final and they are gone for the rest of the game, at least until you finish it and begin a new one.

After you complete the game and reach dawn with the characters that you managed to keep alive, the game gives you the option to start a new game or to jump into your previous game somewhere midstream. You can begin at any chapter from your previous play-through and see how different choices or successful actions would have impacted your story. At this point your alternate play-through becomes the new save game, although you can choose to go back and start at a different chapter and in this sense the game begins allowing "do-overs". Now I wouldn't say that the game gives you as significantly a branching story as a true butterfly effect would imply, but there will be scenes and outcomes that will be different your next time through the game. 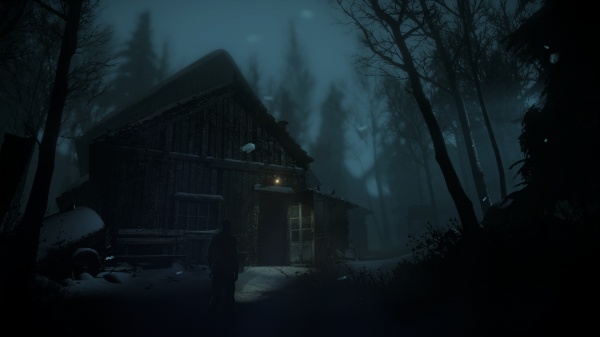 Overall the story will take you from six to ten hours to complete, depending on how much time you devote to scouring for clues and totems and reading through the history that they reveal. The second play-through won't be as quite as tense as the first, much in the same way that your second viewing of a horror film is always a little less scary, but it can be interesting to play around with alternate choices and to resolve to save a character that you let down the first time through.

Even though the gameplay elements may be a little light compared to most games, I thoroughly enjoyed my time with Until Dawn. The story kept me captivated and very few games succeed at creating such a creepy and unsettling atmosphere. And while I may not necessarily feel compelled to try and play through all of the alternate branches in the story, I will certainly revisit the game come October for some suitable seasonal chills.

Final Rating: 90% - Here's your chance to prove that you can make better decisions than the characters in horror films.