Beyond the system spec memes, Crysis is a sci-fi shooter classic. On top of its stunning graphics, it gave us a host of incredible abilities to harness and varied combat approaches to match. Crysis Remastered retains the 2007 game's frivolously fun gunplay and refines the visuals, but loses some visual identity. There is also no expansion pack (Warhead) or multiplayer addition, so diehard fans may find little to return to. If you can ignore these few pitfalls, however, you should enjoy going full Rambo on some unsuspecting schmucks just as much as you did so many years ago.

Crysis follows the ‘Raptor Team,’ an elite special ops force that lands on one of the tropical ‘Lingshan Islands.’ Their mission is to extract a group of archeologists who claim to have made a monumental discovery. You play as Nomad and will have to fight your way through a North Korean army unit that has seized the archipelago. It’s a machismo-filled plot - a product of its time. The atmosphere, however, can still be effective when aliens unexpectedly appear and pick off your team one-by-one in chilling fashion. 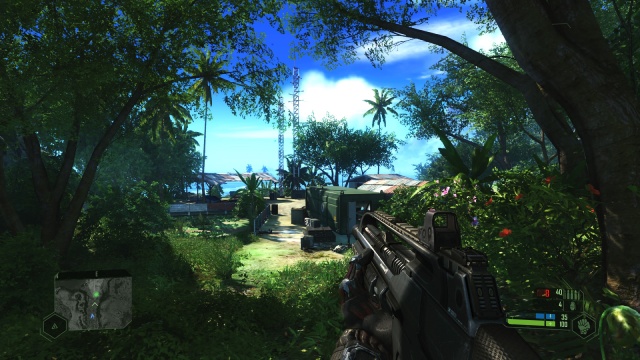 Welcome to the jungle

With the removal of the gunship-controlling penultimate mission ‘Ascension,’ there are ten missions in the game. These will drop you off in different parts of the island and even in uncharted alien territory. I appreciate the optional secondary objectives and the non-linear nature of reaching the core destinations since you can take things at your own pace. You are also consistently placed in a reasonable vantage point in checkpoints, lending opportunities to scope out the area by tagging enemies with binoculars. These moments of surveillance work well ahead of its time, acting as a lite, FPS version of The Phantom Pain.

From there, the possibilities of dealing with a group of soldiers are laid bare to you. It could be the case of sneakily thinning out the patrols or going full guns blazing. The ‘Nanosuit’ propels these activities to something special since you have access to super strength, speed, armor, and invisibility. While using these modes does drain the suit’s energy, it quickly refills. Therefore, you will be tossing enemies around gleefully, brushing off bullets, and speedrunning to the objective with lightning speed and giant leaps. Even if it’s a little cookie-cutter, the gameplay is just how I remember it while remaining fresh. To top it all off, the AI is smart, and the four difficulty settings can shift your tactics in a way that’s nowhere near as dynamic in most other FPSs. 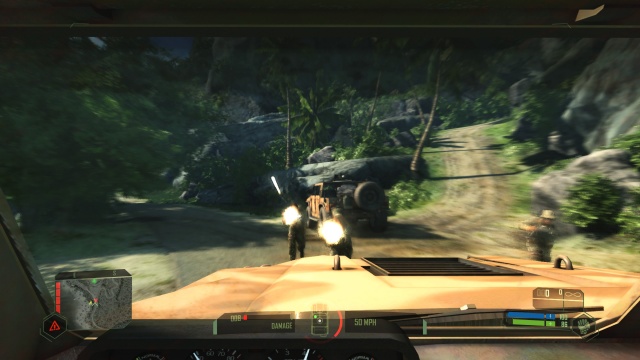 In-game graphics have been given an adequate upgrade. CryEngine V’s power mostly shines figuratively and literally with the graphical options available to the PS4 Pro. The modes include ‘Performance,’ which tries to reach for a rate of 60 frames per second while unfortunately downscaling the resolution to 1080p (not worth it.) ‘Quality’ prioritizes a 1800p resolution, which appears pretty much like 4K if you don’t have a gargantuan TV. Finally, and most notably, is ‘Ray Tracing.’ This is the first time such a feature has ever appeared on consoles. For those not in the know, this is a rendering technique that makes light rays react to surfaces more realistically, thereby improving shading, reflection, and definition. It looks incredible while swimming underwater and hunkering down in a shack as the light trickles through the windows. 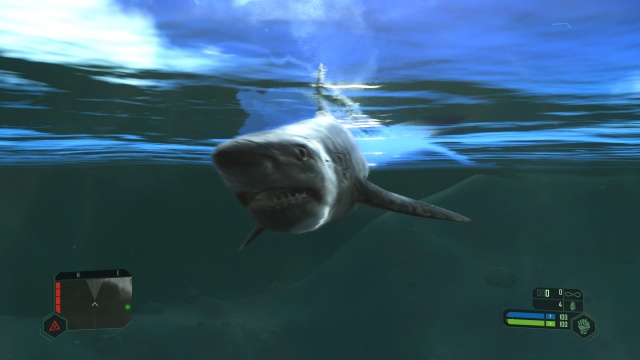 Danger lurks beneath those beautiful waters

Ray tracing, strangely, wasn’t the default setting turned on when I booted up the game, and the reason is apparent. If you turn it on, the frame rate drops drastically, and the resolution is pushed back to 1080p. While it is an impressive technical gimmick, the price to pay is too steep for an action game (go with quality mode.) What’s most ironic is that lighting and shading were artistically much better in the original Crysis PC release. Consequently, character models and cutscenes look horrible. Everyone’s skin looks pale, and many beautiful effects and textures are scrapped - mostly due to the lack of volumetric lighting. This lack of fidelity in some areas is the result of Crysis Remastered being built from the PS3, CryEngine 3-run version of the game - the inferior version. Along with the unfaithfully reskinned designs of aliens and lesser motion blur effect, this is not the most genuine Crysis experience. It’s almost as bad as a graphical overhaul mod of Half-Life or System Shock - while the graphics are more detailed overall, the original art design is lost in translation.

Crysis Remastered is a polarizing reworking. While the bloom effect, draw distance, and overall detail is much superior, the original’s art direction and destructibility have a considerable edge. Hopefully, there will be patches to fix these fixable issues, but at least the innovations of ray tracing and the well-aged graphics remind you that Crysis is a shooter to remember.

Final Rating: 72% - Crysis Remastered has issues like texture pop-ins and getting stuck under jetties. However, its graphical overhaul makes it like a flower with thorns - prickly but beautiful.