Amnesia Rebirth is the sequel to Amnesia: The Dark Descent and continues the story from that game. Rebirth is a first-person horror game developed and published by Frictional Games. When it comes to Frictional Games, we usually expect a game with a good story and some impressive atmosphere and Amnesia Rebirth is no exception. I recently played the Amnesia Collection last year and Soma a few years ago, so my anticipation was high for Amnesia Rebirth. Thankfully, I was not let down!

Rebirth is set in 1937, which is nearly a century after the events in The Dark Descent. Players take on the role of Tasi, an archaeologist that is on her way to Africa. Her plane crashes and she gets stranded in the deserts of Algeria. After the crash, she wakes to a deserted crashed plane and must search the desert and surrounding locations for the rest of her crew, including her husband, Salim. 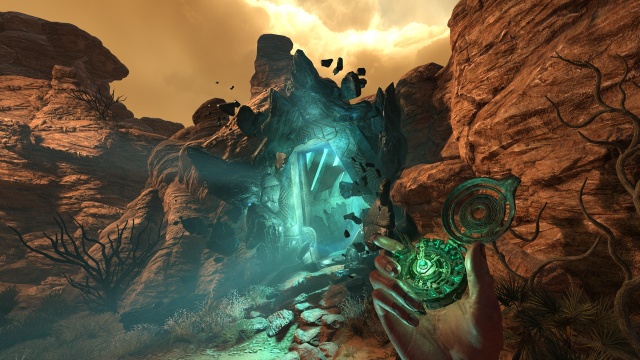 For the most part, Rebirth plays just like The Dark Descent only with some enhancements to the gameplay. The matches are now much more useful – you can light multiple candles and torches this time to help with lighting up dark areas. Matches are also useful for lighting since they seem to last longer in Rebirth. You still eventually get a lantern that requires oil in order to use. The overall consumption of oil is much quicker in Rebirth when compared to The Dark Descent, so lighting up torches and candles and just using matches as general lighting is needed more this time.

If the main character stays in the dark, your sanity will lower and this will cause hallucinations and eventually a type of death. Instead of dying, the game has something else in store for you (kind of a spoiler) that will send you to another area at times – basically, there is no true death in the game. Rebirth has many areas that take place outside in the blazing heat of the sun also. You have to stay out of the light and take cover in shadow areas to keep your sanity while outside. Rifts to another dimension can be opened using your watch device. Your character can use the device at dimensional rift areas to travel to another area and then from there, you can travel to another portion of the area that you left.

Just like The Dark Descent, you’ll solve many puzzles throughout your journey. The puzzles in Rebirth seem a bit more complicated than they were in The Dark Descent. None of them are truly cryptic, but some of them are a little hard to figure out. Some of the puzzles simply require using your environment to your advantage, much like The Dark Descent, and others require you to look for the answer in your surrounding environment. There are only a few enemy types but they are all very memorable. The environments in the game range from outside desert cave areas to shadow dimensions and of course there are many dark cave/ruins/other areas to explore. 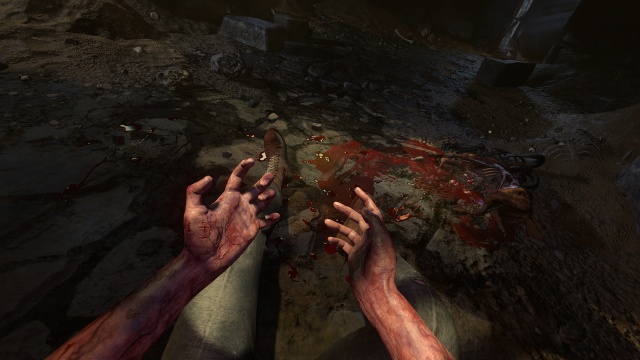 As usual from Frictional Games, the sound and overall atmosphere is fantastic. Moving down dark corridors can be very nerve racking when you can hear something moving around in the dark up ahead. Character voices are well done and help to make characters interesting. You meet up with basically every character from the plane crash eventually and some of them are really memorable. Just like in The Dark Descent, the game has a lot of flashback dialogue sequences. Rebirth is overall more cinematic than The Dark Descent. It has a few more cutscenes that help to drive the story forward and it really helps out for a game with so many characters. The main character is very well done and the overall story is full of surprises. The game leaves the player in the dark about many events and slowly starts to unravel them the further you get. There are many notes, letters and other files to pick up that add much to the story. Just like other Frictional Games releases, the story is easily one of the best parts of the game.

I found myself wandering around in the dark very often in the game because of the extremely fast use of oil by the lantern. I really feel that the lantern uses up the oil way too fast in Rebirth. I often had to resort to matches or just go into the dark and lose sanity from all the exploring that I would do. Even though it’s pitch-black in dark areas, the game does light up the areas where you can see, at the cost of sanity however. Thankfully, you can’t truly die so this is only an annoyance rather than a true issue. The game seems to get slow around the middle portion of the game as well – it seems to concentrate more on puzzles and exploration in the middle portion rather than story.

The game suffers from a few minor problems, but this is not going to keep a fan of Frictional Games from enjoying it. Sadly, Rebirth has no replay value other than enjoying the story again. It does have three endings, which you can see all the endings from the final save point. Fans of The Dark Descent will most likely enjoy this release just as much since it continues the story from that game and it still feels very much like an Amnesia game.

The Bad:
- Seems to get slow toward the middle portion
- Very little replay value

Final Rating: 80% - Amnesia Rebirth is a good next step for the Amnesia series.