Tony Hawk's Pro Skater 1 + 2 (THPS1+2) is two remakes in one, but it’s far more than just a pair of remastered games glued together by a menu screen. Vicarious Visions took a bit of a risk in tinkering with a pair of games that are considered classics in the annals of console gaming, but they masterfully left most of the core intact while also adding new elements to the twenty-year-old games that make them feel like they’re wholly a part of the current generation of games. It probably wasn’t easy creating a remake that will appeal to both those who played the originals and a new generation of gamers, but the developers have managed to pull it off.

Whether you’re new to THPS or it’s simply been a long time since you’ve played, the game has you covered by easing you into things with an excellent tutorial mode. You’ll be walked through everything from the basics to advanced tricks, and will be given a chance to practice what you’ve learned at each stage along the way. The only thing that could have been added to this otherwise excellent tutorial is feedback on your timing – whether your button presses were too early or too late when you miss a trick – but overall it accomplishes its goal of getting you ready to hit the game’s levels armed with the skills you’ll need to succeed.

If you played the original THPS or the game’s demo that was released before the game’s launch you’ll be very familiar with the first level, THPS’ iconic Warehouse. As you break through the wood barrier at the top of the ramp leading into the warehouse, you’ll immediately see that it has been rebuilt for modern consoles from scratch – this is not one of those remakes that improves the textures just enough to make the game look barely one generation newer than the one during which it was originally released. Light streams through windows high on the walls illuminating the dust in the air before it shines on the brick walls and highlights the texture of the mortar used to hold them together. Every level in the game is packed with these kind of minute details, and, unlike the originals, the outdoor environments don’t hide their limited draw distances in patches of fog. And while it’s rendering all of this graphical goodness the game speeds along at 60 FPS, making the skater animations smooth and lifelike and the tricks as every bit impressive as they do when pulled-off by skaters IRL. 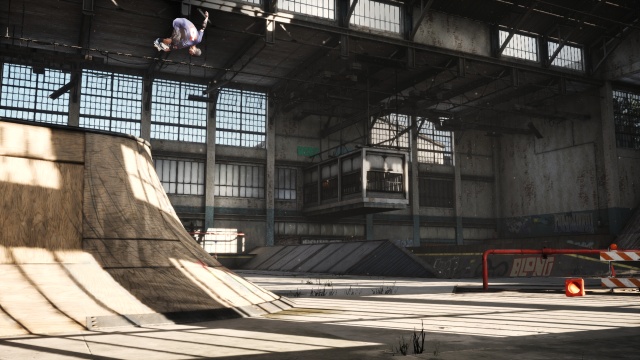 THPS1+2 divides its level progression between the two original games by keeping them in separate sequences. You can jump back and forth between the level progression of THPS1 and THPS2 at will, but you’ll have to complete the goals of a THPS1 level to unlock the next one in the THPS1 level sequence. Otherwise the game is a unified experience, with skill upgrades and customizations shared between the two original games’ levels.

Unlocking a level in the game involves beating the current one by hitting a certain number of the goals that are set for the level. These goals are taken from the original game, and involve finding all of the item pick-ups in a particular set - collecting the letters in the word “SKATE’, for example - reaching a minimum score, finding secret gaps, and the like. The catch is that you only have two minutes available for each run through a level (although you can extend this time by stringing enough successful tricks together to fill the “special” meter), so you’ll need to focus on a particular goal or two on each run. After your time is up, you’re shown a summary screen that tracks a number of stats and compare your performance to that of your best runs. Once you’ve completed the required number of goals you can move on, or keep trying any of the unlocked levels to complete all the goals or to improve upon your bests. While the levels must be unlocked in sequences in the game’s core progression mode, you can play any of the levels in the game at any time in free skate mode.

Once you’ve honed your skills opening the levels, you can continue to play them as you try to chase down the hundreds of challenges in the game or you can put those skills to the test against other players. The game supports a number of multiplayer match types each with their own objectives. Some are straightforward in that the highest score or combo score takes the win, but some modes mix the gameplay up to make things different than if you were just skating for a high score on your own. Tag has players taking turns to see how long they can avoid being tagged by the other players, while Graffiti has them competing to tag parts of the level. I found the multiplayer matches enjoyable enough for an occasional diversion and I can see this mode being a fun place to hang out with friends who are into the games as much as you are, but personally I enjoyed spending most of my time with the solitary challenges provided by the game. 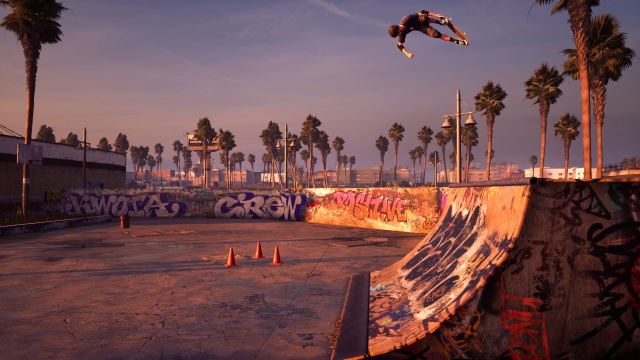 THPS1+2 has extensive customization options that extend beyond the skaters and their boards. Every trick and combo in the game can be remapped to your liking, and you can set the special tricks available to each skater, but the star of the customization show here is the park editor. Create-a-Park gives you a blank canvas and all the tools that you need to create the park of your dreams – or of other gamers’ nightmares should you choose to share it online. It’s pretty easy to select items, and then size and shape them to your liking. The hardest part is deciding what you want to do with all of design freedom that Create-a-Park affords you.

Tony Hawk's Pro Skater 1 + 2 pulls off one of the hardest tricks of all – providing a game that will appeal both to those who have fond memories of the original and those who are playing a skateboarding game for the first time. The controls are tight and responsive, the animations smooth and realistic, the levels are a joy to skate, and the game is a true and fitting tribute to its legacy.