Survival horror indie games are often a hit or a miss but I always look forward to checking them out. Many times, indie horror games give us the types of scares and overall atmosphere that many AAA titles seem to miss out on nowadays. Daymare: 1998 is a third-person survival horror developed by Invader Studios. It was released last year for PC and is now available for Xbox One and PlayStation 4. The game focuses on recreating the feel of horror titles from the 1990's (such as Resident Evil). The project actually started out as a Resident Evil 2 remake (back before Capcom announced a remake) and it basically evolved into a new type of horror game.

Daymare's story puts players in the shoes of three characters in three separate locations. It's quite interesting to see how the stories intersect as the game progresses. A deadly virus has been unleashed at a secret research facility and you start out by taking control of a soldier in a security team that is sent in to investigate the situation. Eventually, you'll switch roles to a forest ranger and a helicopter pilot and get to see how the virus spreads throughout the city. 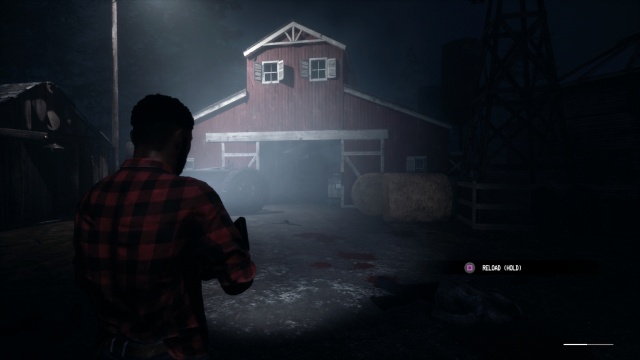 From the get-go, I didn't expect Daymare to win me over without a AAA studios' backing, but I have to admit, this game really surprised me with how much I enjoyed it. Daymare is like a homage to the first three RE games and it sure isn't afraid to reference them often. The game is literally like playing RE2 remake for the most part. If you're a fan of RE2 remake, you'll feel right at home with Daymare.

The controls take a lot of getting used to. You have to hold down a shoulder button to run and then hold down on the left thumbstick while holding that shoulder button in order to sprint. Guns with magazines are reloaded by replacing the magazine during gameplay. You carry the magazines in your inventory and have to reload the magazine with bullets from the inventory menu. Reloading definitely takes some getting used to and is a bit hard to understand at first. Aiming and shooting with weapons is your basic RE style approach. Daymare doesn't have much variety in weapons aside from your standard survival horror guns, but they get the job done. 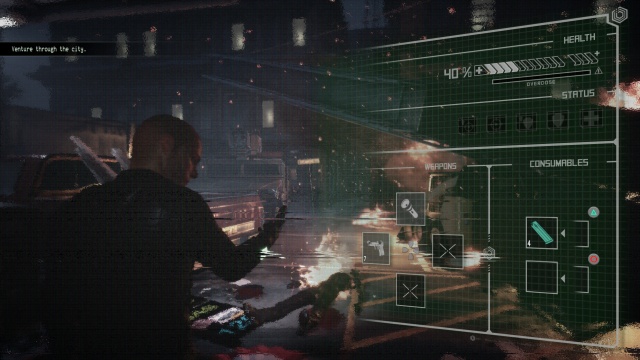 Before long, you'll be running into zombies and eventually other types of mutations. The game never truly strays far from the "aim for the head" type of shooting, but it definitely ramps up the difficulty with some enemy types. Out of nowhere, the enemies will sometimes rush your character with extreme aggression (even zombies). The challenge is overall good, but some enemies feel unfair at times with the inability to stagger them. I did eventually get used to the cheaper enemies and found strategies (and exploits) around them. It's very easy to manipulate AI for bigger enemies simply by putting an obstacle in between your character and an enemy in this game.

This game has some beautiful environments and overall atmosphere. If you've played RE2 remake, the overall atmosphere is quite similar. Daymare has some great lighting effects very often along with many dark corridors. The street areas look a lot like RE3 style streets with tons of carnage and burning sections amid the zombie outbreak. The enemies look grotesque, but the overall models are rather simplistic for zombies. The models for the main characters take the heaviest hit in simplicity. Character models are basically equal to those found in PS3 and Xbox 360 games - they lack detail in the face and their overall textures are very plain. The overall sound is quite good as well. The voice actors are decent - no character sounds bad, but none of them are simply fantastic. The game isn't loaded with many scares - most of the time the biggest scares come from hidden enemies that are lurking behind a corner while you're entering a room - the developers of Daymare LOVE to place enemies "just around the corner" to surprise players when you least expect it.

My first playthrough clocked in at around 20 hours. A good bit of that time was spent reading files and, overall, I'm just slow at going through my survival horror games. I'd say that it will take most players around 10-12 hours on their first playthrough if you stop to examine files and take your time with puzzles. Speaking of puzzles, the game has a good number of puzzles that are overall well done when it comes to challenge. The puzzles are very similar to 90's puzzles where you'll have to break out your thinking cap and actually decipher data rather than flipping a switch or matching a few shapes. The game has a fair share of passcode puzzles. As usual, you'll be hunting down key items to unlock doors and other areas just like most other horror titles. There are also many files to read for backstory. I'm not sure if this is some sort of problem or just a normal part of the game, but some of the files list out a file number and give a web address - it's as if the game isn't displaying the proper text from not being able to pull it up in its coding or something. 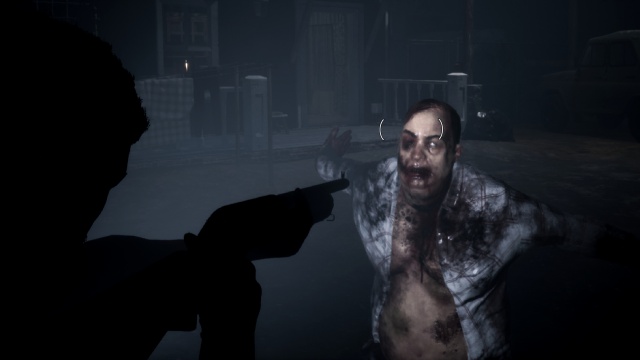 Much of the game is saved through auto-saving. From the beginning, I couldn't help but notice that the game gives players four additional save slots besides the auto-save slot. After playing for about 3 hours, I finally ran across an area where I could manually save my game. The manual save areas are way too few and far between in this game. For the most part, auto-saving will be your main way to save throughout much of the game, so there isn't much room for redoing things. Save rooms allow you to store items into a box that carries over between other boxes. Items can also be exchanged for other items and certain files can be read and turned in for extra items as well.

Daymare has a good amount of problems, but it's easy to tell that the developers had a blast making this game. There is so much to enjoy in Daymare - references, collectibles, great environments, etc. The game has three difficulties to choose from (Easy, Normal and Daymare). The story has a good amount of depth. The ending felt abrupt, but there is much more to enjoy with the story after the credits. I definitely recommend this game to RE fans since you'll get the most out of the references and overall setup of Daymare.

The Bad:
- Inconsistent framerate (it gets choppy at times)
- Character models could look way better
- Manual saving is too rare

Final Rating: 75% - While not perfect, Daymare is a really good indie survival horror that all horror fans should check out.