Operencia: The Stolen Sun has retro sensibilities I am barely familiar with. Utilizing a 3D grid-based system and dungeon-crawling, this is a typically niche sub-genre. Operencia manages to make its uncommon format accessible and appealing, though, even if it straddles that line by catering more to hardcore players. Nevertheless, this 20-hour adventure is an entertaining one filled with witty repartee, hard-hitting combat, and some impressive creature and area designs.

In a plot similar to The Elder Scrolls: Oblivion, Demonic forces of the Underworld invade the realm of Operencia by building a gate. King Attila managed to defeat their leader, the dragon Thaid, some time ago. Unfortunately, Attila has now passed, and the Underworld has devised a new plan to conquer the Middle World. The Sun King has disappeared as part of their maniacal scheme, and the world is now consumed in both literal and figurative darkness. You play as a custom-made hero, driven to explore a place they dreamed about, only for that endeavor to trigger an adventure to save the world. This story is a derivative fantasy, but it makes up for cliches in character and self-reference. Self-touting mercenary Joska is a highlight - he is the first party member, and also the best. His irreverent commentary and sardonic humor keep you motivated to keep playing just to hear more of his lines. You, the hero, on the other hand? Not so much. 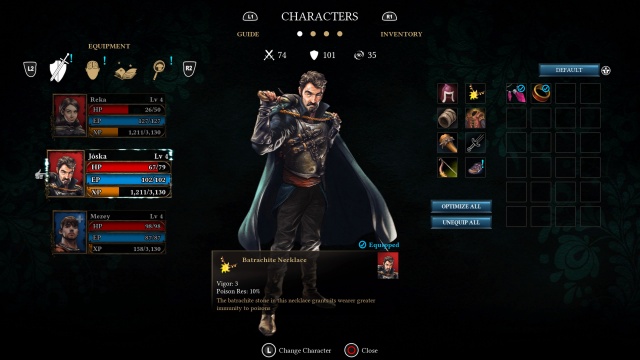 After completing the prologue, you get to choose from three different classes: the 'Warrior,' the 'Hunter,' and the 'Mage.' After that, you pick from eight pre-made character portraits and then your origin, which gives attributes boosts before you subsequently set the rest of the stat points yourself. Since there is no customization, creating a character is very basic and unengaging. It took me a while to find the character portrait I liked. Much to my chagrin, my guy turned out to be voiced. I did not like the male dialogue or his tone at all (sorry, voice actor). I then took even longer to find a character I would be content with, and that turned out to be the female mage a class I never play as but needed to under these circumstances. While superior, the voice actress that delivers my character's lines can sometimes feel robotic too (again, no offense). I think it was an unwise decision to voice the player - a multi-choice dialogue system would have done wonders for each conversation.

The turn-based combat has some interesting mechanics. Battles are presented in a first-person perspective and with a threefold of lines placed in the front, middle, and back. Enemies stand on one of these lines, and their positions affect the effectiveness of specific attacks. If a baddie is standing on the front, for instance, a melee attack should suffice the most, while you should use arrows against foes over at the back. Each of your four party members will have a set of both normal skills and unique abilities, with the latter using up energy and having a cool-down rate. While fights can sometimes be ponderous and standard, the first-person viewpoint makes these fights visually appealing. The up-close-and-personal approach is involving and really lets some of the enemy designs excel in their splendor. For every generic skeleton and giant bug, there is a frogman or other unusual fantastical creature you will enjoy pummeling. Two changes I would have made to the combat, however, is the inclusion of ragdoll physics and more forgiving difficulty. 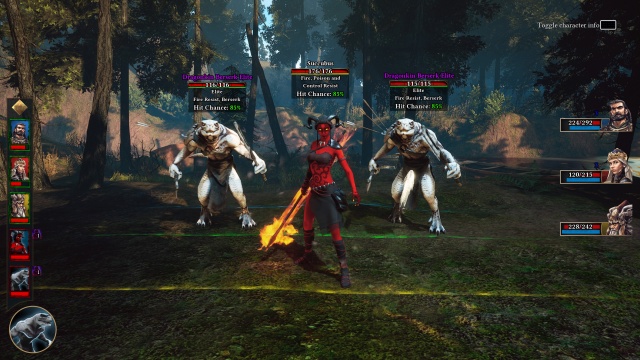 Inventory and leveling-up works as well as you would expect from an RPG, if a little plain. Thankfully, your equipment can be optimized, so the most balanced loot is equipped. Since there is a limited amount of special abilities, leveling-up is standard fare because you will be spending most points on dull attributes such as strength, constitution, etc. While I spent most of my time reading Joska's journal entries, this is a serviceable inventory and progression system overall.

Unlike most grid-controlled dungeon crawlers, you can look around at your surroundings in every direction. This is not just for sight-seeing - loot such as pouches and chests containing gold and equipment are well-hidden throughout. Perusing your environment is also pivotal for solving the many puzzles that block your path. These range from easy-peasy to Earth-shatteringly perplexing. Regardless, looking around and interacting with objects is essential for finding solutions. You may have to exhaust your circumspection skills even further by searching for firewood. This is a precious resource that you can use to replenish your energy and health to the max at campfires. 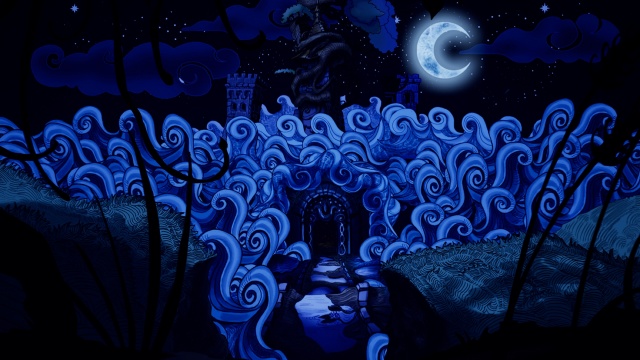 Besides the fatiguing puzzles and stressful item-searching, exploration works tremendously well and will most probably be your favorite part of Operencia: The Stolen Sun. The environments are vibrant and imaginative - ranging from fantastical locales such as a sunken castle to a warren-like fortress. And while their models are more impressive in battle, the sight of enemies chasing you or the ability to sneak up behind them is a delight. You will also meet some fascinating party members like the noble knight Mezey and the veteran tribesman Sebastian. Resting at the campfire can initiate some casual chatter among the crew that can be amusing and informative. Overall, engaging with these characters and exploring this world inspired by Hungarian folklore is the best treat of this title. 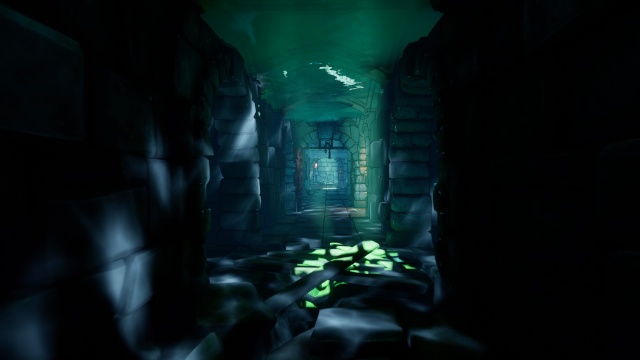 Operencia: The Stolen Sun shines brightly over its ill-lit shortcomings. It crafts an imaginative world and implements a unique but understandable battle system. While casual RPG players may be put off, diehard dungeon crawler fans should definitely take a shot in the dark and check this fantasy out.