Sony fans have been pleading with Capcom for a PS4 version of Dead Rising 4 ever since the game's exclusive release on Xbox One last year and Capcom has finally addressed that plea with a definitive version of the game for PS4. Dead Rising 4: Frank's Big Package includes everything that is available on the Xbox One version of DR4 all in one bundle and we get some bonus extras along with it. Season Pass content, paid extras and preorder DLC from the Xbox One release are all present on the PS4 version along with an extra mode called "Capcom Heroes". The package is a really great deal for those that want to experience DR4 or those that simply want the ultimate version of DR4. 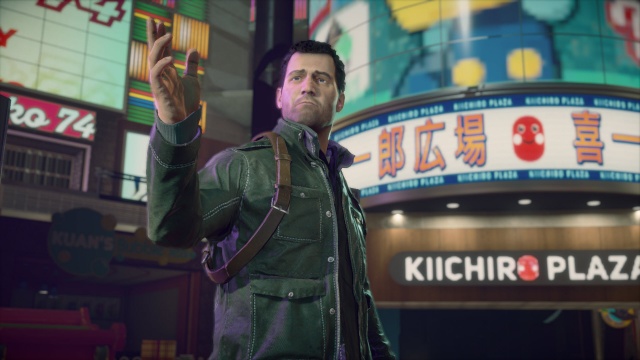 Capcom Heroes is the main mode that many returning players will want to know about. This mode is available for Xbox One owners in a free upgrade that is out now as well. Capcom Heroes is easily the best DLC campaign that has been added to the game. The mode takes us back through the main story of DR4 with Frank West but this time we get to collect different Capcom character outfits that each have their own abilities. It's quite fun to mess around with each outfit to see the ins and outs of each one. Outfits are unlocked as you progress through the story or as you perform certain tasks (such as finding a certain collectible). One wouldn't think that outfits with extra moves would add much to the overall experience but each one is equal to trying on a new Exo Suit (which is one of the best parts of DR4). With the M. Bison outfit, Frank can psycho crusher through a horde or zombies, or he can 360 piledrive a zombie and create an explosion that takes down all surrounding zombies with the Mech-Zangief outfit. Some outfits are way more useful than others but it's a lot of fun to try out each outfit to see which one works for you.

Along with the outfits, Capcom Heroes also adds a bunch of other collectibles. The mode follows the basic story of the campaign but it adds in objectives that will teach you the basics of the mode. Once you gain a new outfit, you must undergo two training missions to get everything for that outfit. The training missions will reward players with a combo ender and a Shadow Version outfit for the current outfit that you are using. Bosses can be total pushovers in this mode with the right outfit and the entire game can be super easy, but only when you play in certain outfits. The catch to using an outfit is that Frank can only wear one for five minutes then he will lose it much like an Exo Suit. You'll have to visit Capcom arcade machines in order to reequip an outfit or put on a new one, so this adds some slight challenge to the mode and a bit of strategy. Capcom arcade machines are found throughout Willamette and one is made available during all boss fights, so you can change mid-fight if a certain outfit is not working out for you or you simply want to change your strategy for a certain boss phase. There are no skill points to be gained from leveling in Capcom Heroes - Prestige Points (PP) are once again earned simply for leveling and you'll be given stat bonuses as you increase in level much like the original DR games. Safehouses have a costume vendor and a vendor that will mark locations of all Capcom Heroes exclusive collectibles on your map. 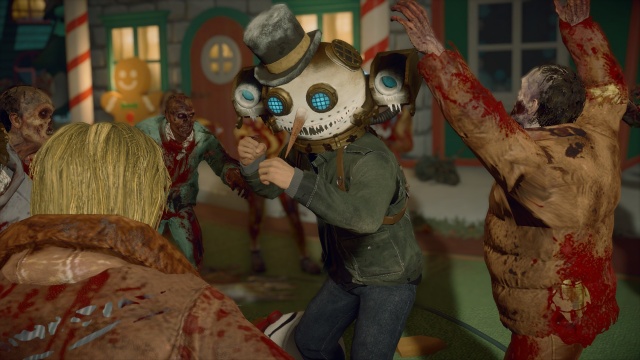 Besides Capcom Heroes, PS4 owners also get Frank Rising and Super Ultra Dead Rising 4 Minigolf. Frank Rising is basically the overtime mode for DR4. To know too much about the mode is really a spoiler for the campaign, so stop reading NOW if you want to avoid those spoilers. In Frank Rising, Frank starts out as a zombie and you have to find a way to make him human again. He's basically the super zombie that Dr. Barnaby was trying to create in the first place - go figure. Frank Rising has some really nice unique gameplay to it and it's quite a fun mode to play. Frank gains new zombie abilities as he progresses and you can find certain collectibles that will power up his abilities as you progress. The mode has its own collectibles, objectives and bosses. Since you play as zombie Frank, the gameplay is changed up quite a bit. You basically build a combo by attacking then feed off of zombies or humans to regain health. You'll be getting slaughtered during fights in Frank Rising, so it's very important to feed often in the mode.

Super Ultra Dead Rising 4 Minigolf is a fun little golf mode but it just doesn't have much to do with DR to me. It's only canonical with Frank mentioning it in the opening car ride with Vick in the campaign so it doesn't have much story value to it. The mini game is fun once you get used to it though. It's much like an expanded mini game from the Terror is Reality gameshow in DR2. You get access to three types of golf clubs and you have to go through each golf course and hit the ball into the hole while trying to hit coins and score zombie kill combos while doing so. The mini game can be quite flashy once you get better at the mode. It's amazing the amount of customization that the mode has for players to unlock for your character. The players are the four survivors from the multiplayer mode and the same survivors that you'll run across in the campaign. Each of them has customization items to unlock with money that you get from playing golf. The golf mode is also multiplayer and allows for up to four players which increases the fun value by a good bit. The multiplayer portion is the best part of the mode since it makes it competitive. 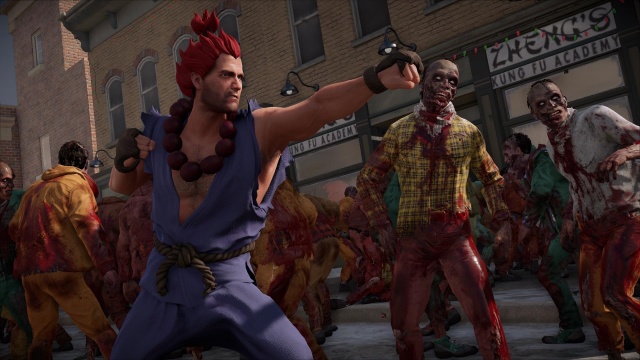 Dead Rising 4: Frank's Big Package is really the best way to experience Dead Rising 4. It's got all the DLC and it moves smoother than the Xbox One version. Capcom Heroes is a big savior for the game that makes it worth a replay for those that have already played the original game on Xbox One. Fans of the Xbox One version are lucky to be getting Capcom Heroes as a free add-on for their current version since it's honestly the best of the extra modes. The overall campaign, multiplayer mode and season pass DLC still remain the same for the most part but having it all in one package along with a new mode makes it definitely worth the purchase.

The Bad:
- All gameplay flaws from the original Xbox One release are still present
- Bugs have been addressed but many still exists