The Last of Us Part II Review

I never played the original The Last of Us (TLOU) until the upgraded version was released for PS4, but after playing the game, it was definitely one of my favorite games for the console. The original had some fun gameplay and overall exploration but what I mainly remember about the game were the fantastic characters and overall story. The original game loved to hit players with shocking moments and some incredible emotion at times. The game begged for a sequel and we now have one to continue Ellie and Joe's story. The Last of Us Part II (TLOU2) is nearly everything a sequel should be. This game has a BUNCH of love put into its development.

TLOU2 picks up five years after the events of the first game. Ellie and Joel have built a new life in Jackson and live among other survivors. The survivors all go about their daily routines while some are assigned to protect the area from infected and other survivors that may due them harm. Before long, a major event happens and Ellie leaves the camp along with her friend Dina to hunt down the WLF members responsible. The story is incredibly well-detailed. If you like characters that are explored rather well, then you'll find something to like in this game. Just like the first game, the developers love to build up characters then destroy them in front of your face and TLOU2 definitely has enough of that this time. One of the most intriguing aspects of the story for this second game is how you get to see the story from both sides - heroes and enemies. It's like when you watch an episode of past seasons of The Walking Dead and get to see what is going on in Neagan's camp for an entire episode before it cuts back to Rick's group in the next episode. 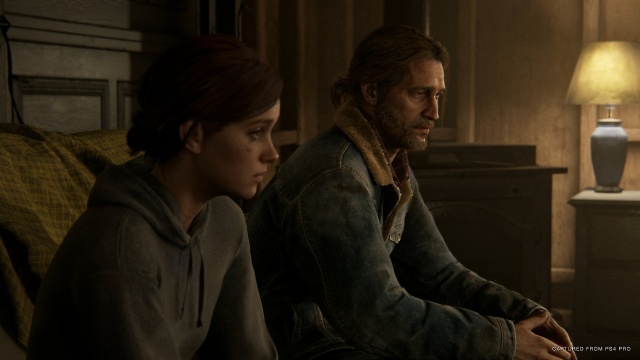 The gameplay remains about the same, but it has been greatly expanded upon. The gameplay feels like it is based off the Uncharted 4 engine. Platforming seems to play a slightly bigger role this time. TLOU2 has a lot of variety in its overall gameplay. It has many stealth sections, action sections, platforming as well as cinematic gameplay moments. Everything is greatly amplified and spaced out well. There is also a minor open world segment very early in the game. It's good that Naughty Dog realizes that open world isn't always a good thing for action games and has limited it. The game is mainly linear, but you travel through some big areas with many hidden (alternate) paths and collectibles to find.

The stealth sections are much bigger than they were in the first game. Stealth areas often take place in a huge environment with enemies littered near and well away from your starting point. Stealth is a lot harder this time. It feels like you are never truly invisible. You can hide in tall or short grass to avoid detection but when an enemy gets close the enemy can see you even when you are hiding. Human enemies also have dogs that can sniff out your scent trail. Whenever a dog finds your trail, the scent trail will be visible to you and you are given the option to rush ahead and try to break the trail or kill the dog before it finds you. It's extremely hard to remain in stealth all the time. Once you are found, enemies will rush you with tremendous firepower, but it's kind of easy to lose them, however they will change up their patrol and have a good chance of finding you if you don't continue to stay on the move. 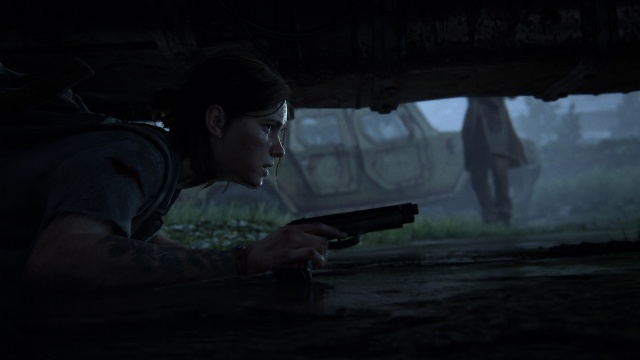 Sometimes it's best to stay hidden

Once again, you must gather supplies and craft items and ammo. Like the first game, you are limited in what supplies you can carry. Environments have tons of supplies for crafting, but you can only carry so little, so you never feel like you're over-prepared for upcoming areas. Once I started getting wounded or start to use up ammo in stealth and action sections, I had to start scrambling for supplies during the middle of fights. The scavenging that I had to do and overall pressure that enemies would place on me during stealth sections really made the areas immersive. There is nothing quite like having to run from firefights and grab supplies while trying to find a hiding spot to recover - stealth sections in TLOU2 are filled with moments like this.

The overall guns and weapons that you have available to you are nearly the same as in the first game. Ellie seems to prefer the rifle and you'll start with that and a handgun, but gain some other weapons as you continue ahead. The bow is once again a great weapon. Besides crouching, Ellie can also go prone to have even lower visibility and crawl through tall grass to stay hidden. Along with human enemies, you'll also fight a good deal of infected such as clickers. The infected have new mutations that allow them to spread poisonous gas throughout an area and there is one infected that will stalk your character once it sees you. Stalkers will constantly try to sneak up behind your character once they catch sight of you. Once a stalker has seen you, every time you turn the camera to look away from it, you can hear it trying to sneak up on you. As you might think, Stalkers really change up the pace of the infected stealth sections. 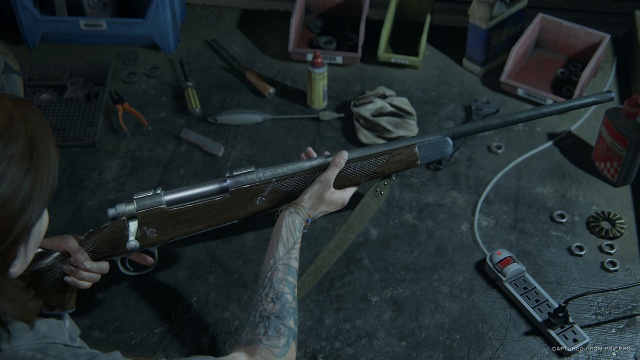 Have gun, will travel

As expected, the overall graphical engine has greatly improved from the original. Character models are so detailed that it's very easy to make out skin imperfections (such as freckles and other skin faults) on characters in this game making it all the more realistic. From a graphical standpoint, the main thing I'm impressed with is how extremely well optimized this game is. Even on a basic PS4 (no pro), the game moves at a near solid framerate - it has to be extremely close to 60fps if not that. The voice acting is just as good as the first game. All the same actors return from the first game to continue lending their voice talent to their respective characters.

I could really extend out this review a lot more, but it would lead to spoilers, which I'm trying to avoid. All I can say is that it feels like the game is about to end multiple times but then you find out that you got plenty more campaign left. This game took me a total of 37 hours to complete, which is absolutely amazing for a cinematic action title. The game never once got boring even with its heavy length - it was constantly changing up gameplay and kept me involved with its overall plot. Unlike the first game, there is no multiplayer, but Naughty Dog definitely makes up for that with the sheer amount of content you'll find in the campaign. The only true fault that I find with TLOU2 is that the replay value seems low. The game gives you multiple difficulties (even a custom difficulty) to choose from along with tons of collectibles, but besides that there are no extra modes and not much reason to go back through the campaign besides missed collectibles. I also do feel that some plot points feel unresolved by the end of the game. 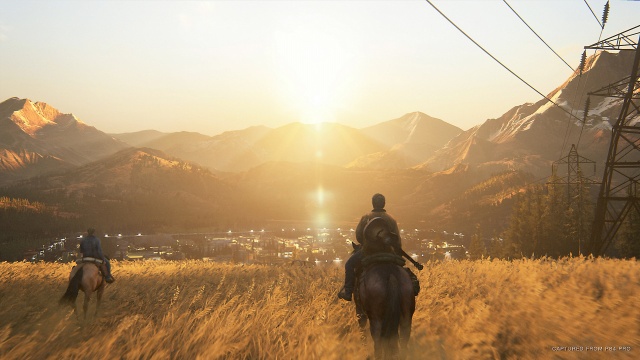 Riding into the sunset

If you enjoyed the first TLOU, you'll definitely find something to love in The Last of Us Part II. The game greatly expands upon just about everything that made the first game popular. The second game didn't get to me emotionally like the first game did, but it definitely has some heavy moments and the shock value is rather extreme at some points.

The Good:
+ Greatly improved stealth sections
+ A very long game with tons of work put into it (35+ hour campaign)
+ Improved visuals and really nice optimization (even for a basic PS4)
+ Detailed story

The Bad:
- Replay value is kind of lacking
- A few unresolved plot points

Final Rating: 85% - The Last Of Us Part II is nearly everything that a sequel should be!