The Tekken fighting game series started out by always being released for arcades and then it would be ported over to consoles. Tekken 7 continues that tradition with the original version being released in 2015 for Japanese arcades (limited release) and we now have a console version in 2017. Just like with all other Tekkens, the console version is the ultimate version of the game and includes more story information, tweaks and enhancements compared to its arcade counterpart. Tekken 7 continues the one-on-one 3D fighting that the series is well known for and tosses in plenty of new characters and new gameplay features. The game has a roster of 36 characters total (37 if you got Eliza with a preorder). There are around 9-10 new characters with their own unique style including Akuma from Street Fighter. I honestly didn't think Akuma would fit well into a Tekken game, but he feels like his SF persona and he does fit into the game quite well.

As for new features, along with the Rage Drive, there is a Rage Art that acts much like a super move - when you have rage built up, you can unleash this attack and take around 30% of your opponent's health if the attack connects. Some moves also have a "Power Crush" property where they will absorb a high or mid attack during the animation and give off a super armor feel as your character takes the damage from the high or mid attack and hits the opponent with the Power Crush move. The bound (bounce type of move) from past Tekken games has now been replaced with a Screw Attack that allows players to perform an attack during a juggle that will send the opponent spinning across the screen and take off more damage than a normal juggle attack. All of these new additions are quite nice, but Tekken 7 should really have some sort of tutorial to explain all of the new mechanics and existing mechanics to new players. I had to go online to learn about the new features since the game doesn't showcase them at all. Tekken 7 is also the first Tekken to not have final hit replays at the end of each battle - this honestly doesn't phase me at all since I always skipped through replays anyway. In a flashy way to end a round, the final hit will play in slow motion to showcase the finishing blow. The gameplay for Tekken 7 feels very much like Tekken Tag Tournament 2 and Tekken Revolution overall, but with upgraded graphics and a bit more freedom of movement. 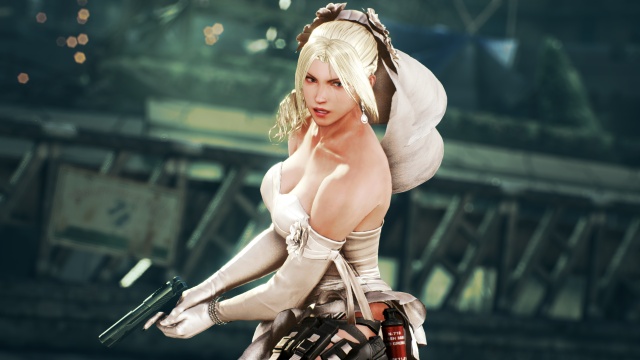 The main single player feature of Tekken 7 is the story mode entitled "The Mishima Saga". Tekken 7 has been said to wrap up the story of the Mishima family and story mode basically does that in a very satisfying way. The final few chapters of story mode are exactly what Tekken fans have been waiting to see for quite a while. Story mode is split up into several chapters full of FMVs and allows players to take control of certain characters as the characters square off in a fight. The way the game transfers from an FMV to a fight is quite cool during some battles since it does so very seamlessly with little break in the action. Story mode has a few different difficulties and it's actually quite hard on its normal difficulty. Story mode has its share of heavy action sequences and the last few chapters are quite interesting for long-time fans of Tekken, but I honestly feel it has too many filler sequences in many of its chapters and the entire story mode could be wrapped up much quicker than it is. In between chapters, a new character narrates the current events and he has a super boring voice that really makes his sequences drag. Story mode has some unlockable chapters once you beat the main story and you can also play a single match with other Tekken characters in order to unlock their FMV ending.

Once again a customization mode returns. Players can customize their characters with several different items and clothing. There are many shared items but there are also a lot of exclusive items for each character. You can change the color for many of the clothing items and different hairstyles. It's definitely got more options than Tekken 6 and seems to have more items than Tekken Tag Tournament 2. All items can be unlocked through Treasure Battle or bought with in-game currency. Along with customizing your character, Player Customization allows players to change the look of their Title, Title Plate, Player Information panel and health gauge. All player customizations are either unlocked through performing certain tasks or through using in-game currency - the vast majority of player customization requires a certain tasks to be met, such as 100 wins with Kazuya, reaching a certain ranking and so on.

Besides story mode, Tekken 7 has a few other offline modes including Arcade Battle, Treasure Battle, VS Battle and Practice. Arcade is your standard CPU battle through stages directly from the arcade version. Treasure Battle is much like it was in Tekken Tag Tournament 2 and Tekken 6's Ghost Battle where you battle through unending matches of customized fighters to unlock customizable items and in-game currency. Unlike the treasure battles from past Tekkens, you can't choose your next opponent - at the end of each battle you only get the choice of facing the next (already chosen) opponent or exit the mode. You'll have promotion matches and you'll gain more treasures as you keep battling through opponents and gaining more wins. Sadly, there are no Time Attack or Survivor modes this time. 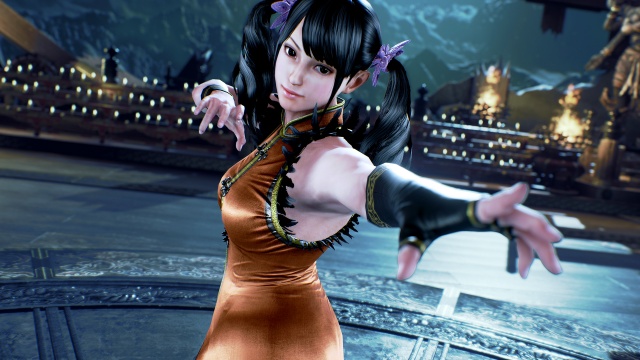 The online modes have your usual Ranked and Player Matches and it also has an option for setting up a Tournament. You can host a tournament of up to eight players and battle it out in single or double elimination brackets. The winner will get a massive amount of in-game currency. The tournament is really nice to play with friends through private slots or just go online and allow random players to join. It's a really cool idea to have the option for tournaments in an online mode and I think other fighters should look into this. Online Play is quite good if you get a good condition and still holds up well even when the connection is a bit faulty. So long as the opponent's internet is stable, I never did have much of a problem while playing online.

The Jukebox mode allows players to customize the background music for each stage. You can pick tracks from all other Tekken games. Tekken game soundtracks can be selected as the preset tracks or shuffled - the tracks will play during the menus and stages. You can also create up to three playlists of random customized tracks from all Tekkens that will play during certain events of your choosing. This is all a very cool feature for fans that have been following the series since the first game.

The Gallery mode is where you can view movies and artworks from past and present Tekken titles. You get access to every single FMV or demo movie from past Tekken games. It's basically all the stuff you could buy as DLC for Tekken Tag Tournament 2 along with more options. The only downfall is that you have to watch some of the movies at a super low framerate and resolution since the older game's content hasn't been remastered for newer consoles. You can also view artworks from all other Tekken games in this mode as well. All of the content can be bought using in-game currency. All FMVs from story mode and character endings are available for view in Gallery mode once each FMV has been unlocked as well. 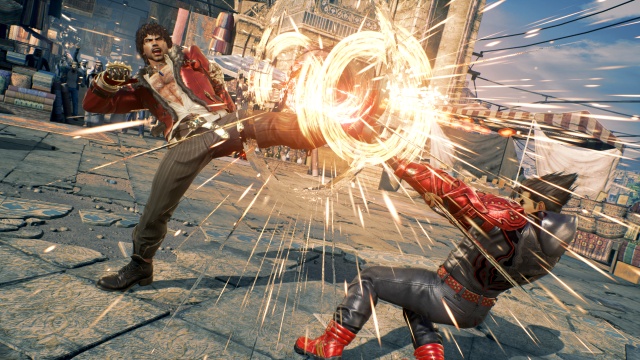 Overall Tekken 7 is a definite improvement over past Tekken games and the overall fighting system seems to be evolving well with new enhancements that seem to fit in well with established features. My only main gripes with the game are the prolonged story mode and the stripped single player content. If you're buying Tekken 7 for its online modes, you'll get the most out of the game since the online is smooth and the new tournament mode is a great new feature. No matter what, Tekken is in a league all its own when it comes to comparing it to all other fighters and Tekken 7 is easily the best version of the series yet, so you owe it to yourself to pick up this latest installment if you're a fan of the series!

The Good:
+ Huge cast of characters from the Tekken universe (36 characters)
+ The gameplay is still just as addicting as previous installments
+ Includes every FMV and soundtrack from ALL other Tekken games
+ Tournament mode for online play

The Bad:
- Narrator for story mode is very boring and story mode has too much filler content
- Single player has lost a few options/modes

Final Rating: 85% - Tekken 7 delivers the cleanest Tekken experience yet so it's time to 'Get ready for the next battle' if you're a hardcore Tekken fan!