Developer Renegade Kid is slowly becoming one of those studios that you can count on to release quality games each and every time, no matter the subject material. The Dementium games and Moon on Nintendo's DS system were the first person games people always wanted on the dual-screen handheld, and the 3DS era brought us the excellent platformer Mutant Mudds. Their latest creation, Xeodrifter, made its first appearance on Nintendo's current handheld, and now, like most of their games, has been ported to every system imaginable, including the PS4. If you didn't play Xeodrifter on the 3DS yet, where it is arguably most at home, then you owe it to yourself to check out this minimalist Metroidvania. It is rather short and priced to sell, but it provides fun and challenge that games three times the length and price just can't.

You don't get a whole lot in terms of story with Xeodrifter. You play as a solitary space explorer who finds himself stranded without a way home. It becomes your goal to explore a series of small planets, teeming with enemies, to build up your weaponry and abilities. Like the original Metroid, the game is all about you versus your surroundings; blasting your tormentors and discovering power-ups is the only way to progress. It is a lonely experience, but an exhilarating one, as finding a new path or upgrade is as exciting here as it was in the Metroid and Castlevania games it takes obvious nods from. 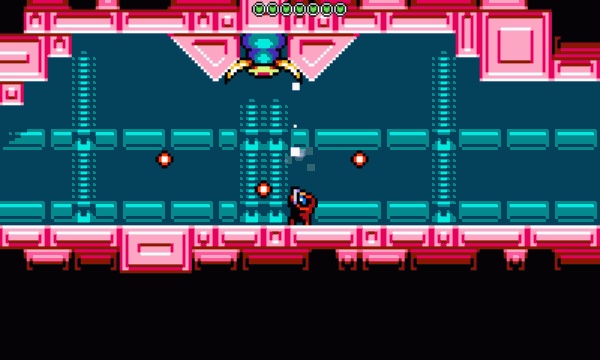 The game's aesthetic shares a lot in common with Mutant Mudds; this is retro 8-bit platforming at its pinnacle. Your little astronaut is made up of only a handful of pixels, and everything has the same look and feel as forgotten NES classic, Solar Jetman. There is a certain beauty in the simplicity of the presentation, and the ambient chiptune soundtrack really reinforces the minimalist approach to the visuals. Like Mutant Mudds, the style just fits the gameplay perfectly. Renegade Kid proved they can do amazing 3D visuals with Dementium and Moon, but the 8-bit look is clearly the strongest tool in their arsenal.

The gameplay in Xeodrifter is the star of the show, and aside from one small misstep, it hits all the right notes. The Metroidvania structure of finding power-ups to open new paths in a giant open world (or, in this case, a series of smaller worlds) has always been a favorite, and it works well here. For example, it takes a little exploration at the game's opening to realize you will need a way to traverse water. Following a path to a boss battle gives you a submarine to use, which in turn leads to another boss battle and subsequent power-up. You are still, as in all games, working toward a final battle, but exploration of these planets is the real draw, and there are hidden paths and power-ups around every corner.

The game's only misstep is that your astronaut tends to slide a little bit when slowing from a run or landing a jump. Xeodrifter, especially toward the beginning, can be rather difficult in places, and losing one of your first three hit points (you gather more as you progress) is a huge deal. Nailing a jump over the charging first boss is pretty awesome until the character's slippery shoes slam you into harm's way at the last second. The problem further exacerbates itself in tricky jumping areas and places where you must position yourself impossibly close to an enemy's line of fire for a clear shot. If your little astronaut stuck to the spot had landed on exactly, this wouldn't be an issue. As it stands now, though, expect this seemingly minor beef to cause some real frustration in certain areas. It isn't enough to ruin the game, but it is annoying enough that it makes you think about just how close to perfection Renegade Kid got before falling just short. 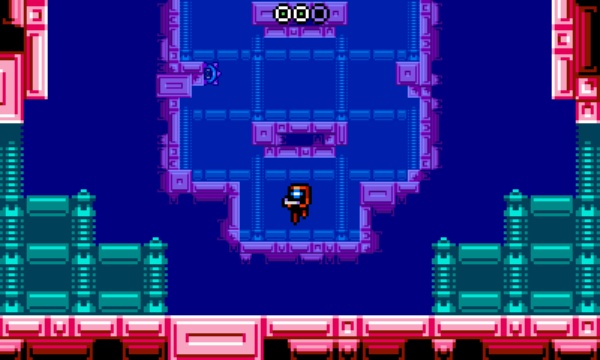 By playing the game on the PS4, you won't notice much difference between it and the original 3DS version, except that you'll be able to tell this game was clearly designed with Nintendo's handheld in mind. The second power-up you obtain is a phase shift, which lets you jump into areas in the game's background, opening up new paths. On the 3DS, this worked wonderfully with the 3D capabilities, on the PS4 is just frustrates by making your character nearly microscopic and tough to follow. It doesn't break anything, but I definitely downloaded the 3DS version once I finished the PS4 version, just because I knew that was how the game was meant to be experienced. It is a stronger title on the 3DS, but still an excellent one of the PS4.

For the bargain price of about $10, you'll get 8-12 hours of pure fun from Xeodrifter, depending on whether you search out every last secret or just make a beeline for the game's credits. Considering movies are getting ever closer to $20 for about two hours fun, and some games are as much as $60 for 10-20 hours of entertainment, Xeodrifter is pound for pound a great deal. The annoying slide you have to deal with after running and jumping can be obnoxious and the fact that the game doesn't feel quite at home on the PS4 are both minor strikes against it, but overall Xeodrifter is a ton of fun for Metroidvania and platformer fans. It costs almost nothing, so give it a shot!