Prototype 2 opens with an encounter between the protagonist of Prototype, Alex Mercer, and our new (anti?) hero James Heller.  Mercer was blamed for unleashing a virus on New York City that counted Heller's family among its victims, and Heller is out for revenge.  He manages to track down Mercer, but not only does the confrontation go badly for Heller, he gets infected in the process.  However, he doesn't receive a deadly strain of the virus, but one that causes him to mutate and gain superhuman powers.  This brings Heller into the crosshairs of the paramilitary force Blackwatch which was ostensibly brought to New York to help maintain both order and the quarantine while the Gentek corporation searches for a cure to the virus.  Now I'm sure that you didn't think that a private military force and a genetic research firm given free reign over a major city doesn't mean anything else besides a massive conspiracy, and that's exactly what's at the heart of the matter in Prototype 2.  As Heller, you will use your new found powers to take down the powers behind the conspiracy and expose their real intentions - using the civilian population of New York as test subjects in a large-scale experiment to develop military uses for the virus.

Your infection grants you a set of special powers that fall into two basic categories, movement and combat.  The movement powers give you super speed coupled with a high degree of athleticism that allows you to go running down the streets of New York performing parkour like maneuvers over walls, cars, and other obstacles.  Even New York's skyscrapers are not an obstacle to you as you can sprint right up the sides of buildings all the way to the top.  Getting back down is just as easy - you can leap over the edge, hit the pavement, and then walk away as if nothing happened, or you can go into a sustained glide and soar long distances over the city.  Pulling off any and all of these maneuvers is very easy to do - simply hold down R2 and you're off.  The game automatically handles your moves for you, and this can give you a great sense of freedom as you effortlessly cross the city and summit its buildings.  On the downside, it doesn't require much skill as a gamer on your part to autopilot your way through the streets, and at its worst it can really get in your way.  You can find yourself suddenly running up a side wall that you never wanted to during a pursuit mission or a boss battle in an enclosed space, confounding your efforts to focus on the task at hand.  I completely failed one timed pursuit because Heller got stuck between the pylons of a freeway overpass, repeatedly running up and doing flips off of the columns while my quarry gave me the slip.

The other use for you powers, combat, begins with a set of claws that Wolverine would be proud of.  Not only handy for taking out paramilitary soldiers and mutant creatures, the claws can do some serious damage to vehicles as well.  As you make your way through the game, you'll gain experience from your actions and as you level up you'll "mutate" and gain additional powers.  These powers allow you to cast a wider net of destruction, taking out entire squads of enemies at once.  There's a "black hole" power that sends out black gooey tendrils from a central spot and pulls everything and everyone caught by a tendril into a mass collision in the center, while other powers cause deadly spikes to shoot up from the ground piercing everyone in your vicinity.  These powers are great for crowd control and it can be a lot of fun decimating an entire base full of enemies.  However, they don't work quite as well when you're trying to focus on a single target.  It's hard to fight off a hulking mutant when the camera and target lock keep jumping to other enemies and swinging the real threat out of view.  Although this inevitably leads to some untimely deaths, it's not a showstopper simply because the game is so easy.  You'll rarely have trouble completing missions or winning large-scale battles even on the higher difficulty levels.  Part of the problem is that you can regain health by consuming enemies so your targets double as health packs, but it's more a consequence of the fact that you are so overpowered compared to your enemies. This may mean that the game is more accessible in that most anyone can beat it, but a lot of gamers will be disappointed that there's not a lot of challenge to the game. 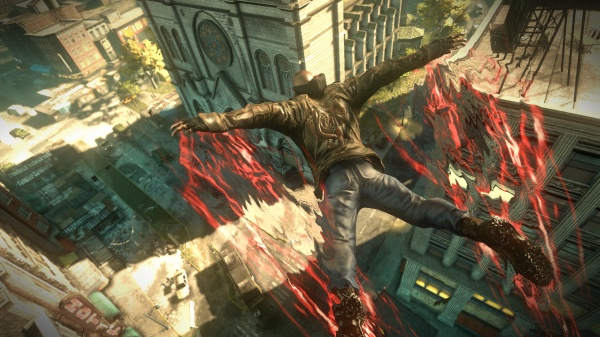 Like in the first Prototype, you have the ability to consume people's DNA and change your appearance to theirs.  This adds a stealth component to the game in that you will sometimes need to infiltrate enemy bases by methodically eliminating its guards and then passing yourself off as one of them.  It's fun to figure out which guard that you'll need to take out next as you work your way through the garrison, even though it's a little funny that no one ever seems to notice the fact that a large number of soldiers have suddenly gone missing.

The game's story missions primarily have you pursuing one scientist or military man after another in order to consume their DNA and tap into their memories.  The story's not particularly compelling since you pretty much know that Gentek and Blackwatch are up to no good from the very beginning.  There are some side missions which involve finding collectibles or releasing and consuming Gentek-created mutant monsters and they're worth pursuing for the experience and bonus mutations that they yield.  There are also a number of challenges scattered about the city that lead to instanced challenges.  These are scored on a gold/silver/bronze medal system, and your best score in each is automatically compared to the scores of friends who also own the game.  You can also free roam around the city unleashing destruction on Blackwatch soldiers and their bases.  Some wanton destruction now and then can be fun, but outside of grinding for experience there's no real reason to go on a free roam rampage.  There doesn't seem to be any persistence to the results of your actions, meaning that you can come back to a base that you wiped out earlier and find it fully operational and that weakening the enemy force in this way doesn't have any impact on the story or the situation in New York.  This disconnect between story and free roam modes is further widened by the fact that you can just as easily slaughter the local civilian population and consume them for health without consequence.  During the story cutscenes Heller professes a strong concern for the civilian population, but in practice doesn't seem to think twice about collateral damage. 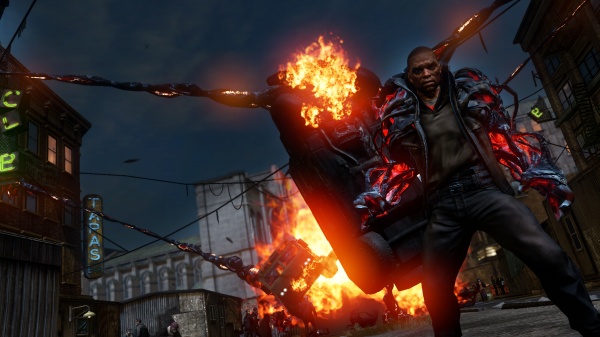 Prototype 2's toys - the sense of freedom it gives you as you move across the city and the incredible destructive power that you can unleash on your enemies - make the game enjoyable enough.  However, there's not enough behind it to shake the feeling that you're just doing the same things over and over again through the campaign and the free roam mode's lack of impact on the game's world makes it feel rather pointless.  You can have some fun with it, but if you're looking for a challenging and engrossing open world game then you might be a bit disappointed.

Final Rating: 78%. A sandbox in need of a compelling reason to play in it.