Midnight Fight Express is a top-down 3D brawler developed by Jacob Dzwinel and published by Humble Games. You play as a former member of a criminal underworld known as “Babyface”. While being led by a mysterious drone, you are on a mission to stop a citywide criminal takeover by morning. The game emphasizes fluid combat while fighting through wave after wave of baddies.

The overall gameplay to Midnight Fight Express is very similar to a Batman Arkham-style type of gameplay, but it is much faster and there are many more options. Your character can punch, dodge, and counter by default and you also gain the options for many more moves as you upgrade your character. For instance, you can grab your opponents, use the wall as a weapon, perform finishers, add attacks behind your counters and so on as you upgrade. Each enemy gives off a warning as to the attack they are about to perform, similar to a Batman Arkham game, that lets you know how you can dodge it. Skill points and money are gained for level completion. 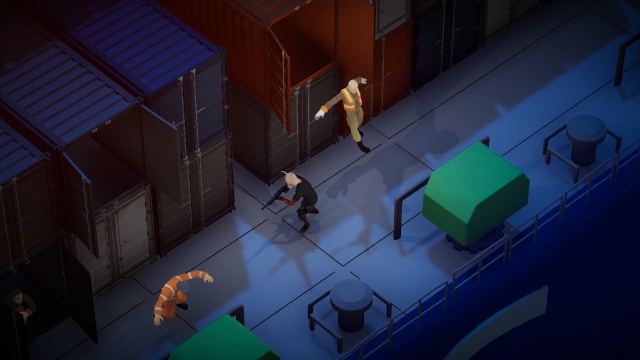 There are a total of 41 levels to go through. Each level is rather short, but some levels include bosses to take down. All levels have their own list of challenges to perform. The game has a lot of replay value overall. There are tons of unlockables to collect/unlock. The game also has many moves to unlock and you can customize your character with accessories using the money that you have gained for completing levels. You’ll receive a ranking at the end of each level to show how well you did. Completing levels quickly and avoiding damage seems to help the most with increasing your level ranking.

While fighting enemies there are tons of environmental objects that you can use as weapons. You can throw boxes or pick up melee weapons to use against enemies while fighting. Early on, the melee weapons seem overpowered with how quickly you can take down a room of enemies, but as the levels go by and the crowds start to gather more and more, extra weapons become more essential. The game has a really good variety of enemies. Enemies with weapons, especially guns, are the greatest threat. You also have enemies with shields, enemies that can suddenly attack through your moves, and enemies that require you to break their guard in order to hit them. Bosses can change up the gameplay quite a bit as well. You have some bosses that will relentlessly attack and give little opening for your own attacks.

All of this sounds really good for a brawler fan, but the problem with this game is that it gets repetitive very quickly. The game becomes an attack and dodge spamming brawler the further you get into the game. A good bit of the moves in the game aren’t even needed to get through the later areas. The fights get so intense later in the game that it is simply easier to spam the roll button to dodge then spam the attack button to finish off enemies. Later in the game, grabs slow you down too much, counters slow you down too much, but dodges followed by quick attacks work quite well! 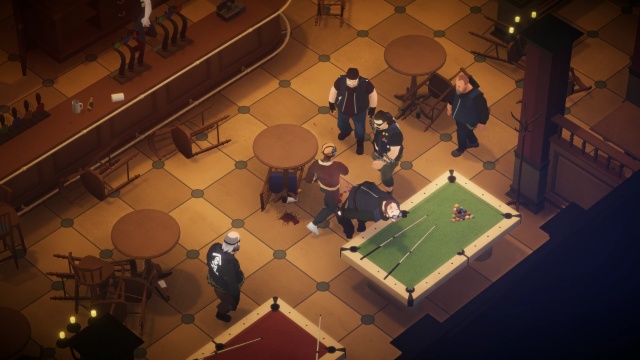 Story sequences have in-game unvoiced text dialogue to read in word bubbles. The overall dialogue isn’t that interesting to read. I started skipping through a bunch of the dialogue very regularly. The dialogue actually interferes with the flow of the action a good bit of the time as well. It gets repetitive when you go through a heavy action sequence then get stopped to read the main character and drone conversations for a few minutes and then go into another heavy action sequence then rinse and repeat over and over – that’s basically each level. You also take time away from your final score by reading all the dialogue. Dialogue voice overs would help the story flow much better.

The game’s soundtrack is quite good. The game has a lot of techno tunes that get you motivated for the fights. What I don’t like about the soundtrack, however, is that it drowns out all other sounds with the default setting. I had to turn the music down by about 70% in order to enjoy the other sounds on most stages. 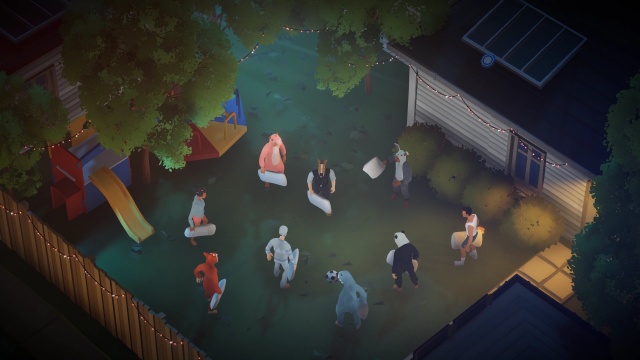 Overall, I do enjoy the game somewhat. The game is quite deep when it comes to your fighting arsenal and options, but it turns into too much of a mash-fest as the game progresses. The later levels can get intense and quite fun to compete in. The action is very frantic as the game continues. The developer definitely has you covered when it comes to replay value – unlockables, stage challenges, stage ranking. It’s overall worth a try for brawler fans with its bargain price, but don’t expect the next Streets of Rage or Sifu.

The Good:
+ Tons of unlockables
+ A lot of replay value
+ Many intense fights as the game progresses

The Bad:
- The gameplay gets repetitive too quickly
- Dialogue and story aren’t that interesting

Final Rating: 70% - Midnight Fight Express is an intense button masher brawler that gets repetitive too quickly, but it’s still fun and actually quite deep.