The entire story to Signalis is very cryptic and fragmented. The game will throw up images and words that hint as to the situation or might feel random until you know what is going on. The game is as confusing as it is unnerving. Signalis puts players in the shoes of Elster, a technician Replika that is searching for her lost partner and lost dreams. The game takes place in an advanced future where humanity has uncovered a dark secret. 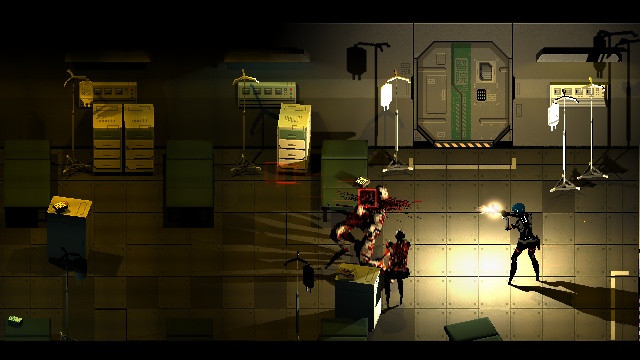 If you’ve played the original Resident Evil series, Signalis controls similar, but it uses more modern controls for movement instead of tank controls. It also has an overhead type of camera. Just like old-school RE games, you collect items and add them to your limited inventory. Elster can only hold a total of six items at a time. You find save rooms that allow you to save and store items in an unlimited inventory crate. Sound familiar? It should, and that is partially what makes this game so good.

While collecting documents and key items you’ll be solving puzzles. Puzzles often requires a bit of research, but all the information you need is available in pickups or in the environment somewhere. I actually had to break out pen and paper to solve one puzzle, which I haven’t done in quite a while. The enemies are infected Replika units (androids). All of them are able to revive after death once so many minutes have passed, but you can kill them for good with flares.

The game has a good bit of weapons to try out. The standard handgun, shotgun, rifle, and other weapons. You can also equip a sidearm that can be used in real time. Sidearms are mainly support items such as instant heals. Unlike other survival horrors, some of the healing items in the game heal over time rather than instantly. The game still has plenty of instant heals however. 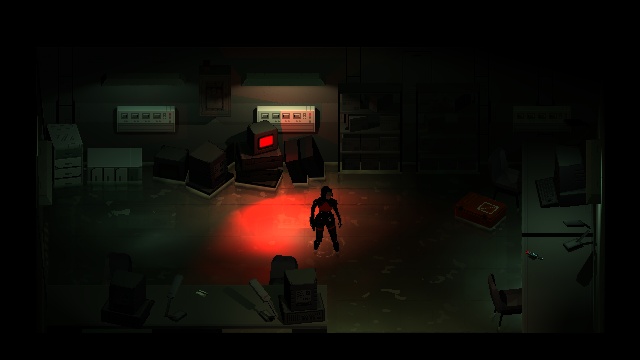 The overall look of this game is very fitting. It has an anime look to it that reminds me of Ergo Proxy. The way it manages to make such a good atmosphere with pixel-work is quite a sight to behold. The game has many disturbing scenes and images. The story is told through in-game text rather than spoken dialogue. The in-game text seems fitting with the overall quiet sounds and soundtrack that the game offers. Signalis is not a game of jump scares. This is a game with a disturbing atmosphere designed to make players feel uncomfortable.

The main problems that I found with Signalis is the aiming when an enemy is in close proximity. Sometimes the game simply doesn’t want to target a close enemy and this makes gunshots miss. Even though I like limited inventory in survival games, I feel that the limited inventory in Signalis sometimes goes against the overall fun in the game. The game has tons of items and key items to pick up and I often found myself having to leave behind many items just because I had reached my limit. I really feel that the developers could have made it so that some items don’t take up inventory space (such as the flashlight) and maybe make it so that an equipped sidearm is separate from the main inventory. As the game progresses, Signalis is definitely a game where you can’t carry around a gun with ammo since you’re inventory space will be needed to pick up the multitude of key items that you’ll need in the rooms to come. This is the type of game where you’ll be running back and forth to a save room VERY often. 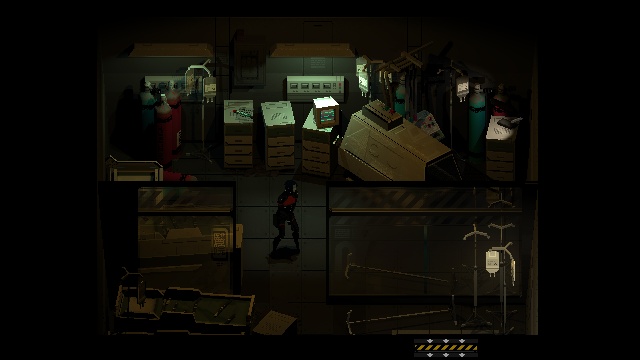 Even with the minor arguments, Signalis is a fantastic survival horror game, especially for an indie title. It’s honestly one of the closest recent games that I have found to be compared to old-school survival horror. The limited inventory and the fact that you eventually have to run by rooms full of enemies eventually gives that old-school feeling all too much. Fans of old-school survivor horror should run out and buy this right now. Support this game so we can get more like it, please!

The Bad:
- The aiming is not precise in close range all the time
- The inventory system feels too limited with all the items you have to carry at times

Final Rating: 80% - Do you like old-school survival horrors? If yes, then play Signalis now and thank me later!