The Turnip Boy of Turnip Boy Commits Tax Evasion has, as the title tells you, committed tax evasion by refusing to pay his property taxes to Mayor Onion. The punishment for his crimes is that he must complete a series of tasks for the mayor. Not all is well in Veggieville, though, tax scofflaws notwithstanding. The mayor doesn’t seem to put the town’s interests above his own and the populace is not particularly happy with his leadership. But he has gotten far more than he bargained for in Turnip Boy, a subversive miscreant wrapped in a smiling, happy-go-lucky veggie wrapper.

Turnip Boy Commits Tax Evasion is an homage to The Legend of Zelda – not the series, but the very first NES game. The gameplay style is very similar to the original in that you must complete a series of quests to obtain a special item or weapon that will open new areas of the map in which you repeat the process once more. The map itself is a series of screens connected by transitions in one or more of the cardinal directions, and there are dungeons to find and explore that each have a boss waiting for you at their furthest reach. 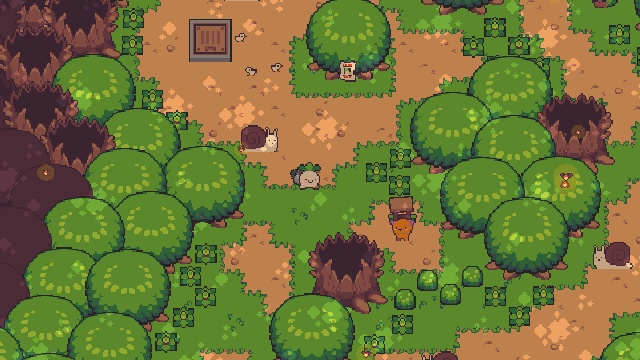 There are a few differences in Turnip Boy, though. First of all, while the game mirrors the art aesthetic of the original Zelda game, it’s easy to see that 35 years have passed between the release of the two games. Turnip Boy is bursting with color and even though it mimics an 8-bit game’s graphics style, there are far more details and subtle touches than an 8-bit system could ever produce.

And then there’s the fact that Turnip Boy is, well, a bad seed. While Link’s motives are always noble, Turnip Boy’s are generally questionable. Some of the people he “helps” probably would have been better off had he not helped in the first place. As you can imagine, this means that the game doesn’t follow a traditional good versus evil story arc and the quest is certainly not kicked-off by a princess’ kidnapping. And while The Legend of Zelda’s story is timeless, Turnip Boy Commits Tax Evasion is very much a product of the 2020s, filled with topical humor as well as pop and gaming culture references.

Turnip Boy Commits Tax Evasion is a relatively easy game in several senses. Its secrets aren’t closely held, which may or may not come as a relief to those who played the original Zelda game and can remember dropping bombs all over Hyrule one step at a time in search of secret entrances. Eliminating the game’s enemies is a simple exercise of tapping them with your weapon, and while bosses can take a lot more damage and move in more complex patterns than standard enemies, defeating them won’t provide too much of a challenge to most gamers. 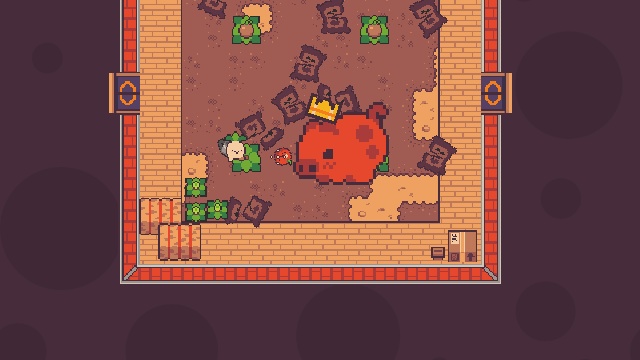 The game’s puzzles have some interesting mechanics (and involve the appropriate use of veggie-themed items like a watering can), but like the fights there’s nothing here that will prove to be too much of an obstacle or leave you scratching your head. There are some collectibles to be had, both as quest rewards and a reward for diligent map-scouring skills. These collectibles fall into two categories – hats and everything else. Hats can be worn by Turnip Boy to change his appearance and are purely cosmetic in terms of gameplay. The other collectibles don’t last very long. Once you have a look at one, Turnip Boy’s destructive nature takes over and he rips it to shreds.

The ease of play combined with a relatively small map and short story means that you’ll get through the game in a few short hours. You’ll be acutely aware of the map’s relatively small size since it will have you doing a fair amount of backtracking during your quests. It seems like the game’s length is more likely the result of some sort of constraint felt by the developers, budgetary or otherwise, because there is enough to the game’s world, story, and potential side narratives to provide for a longer experience. Your time with the game will be mostly enjoyable, but you will feel that your experience was cut artificially short when you reach the end.

Final Rating: 74% - If this game was a tax return, it would be the short form.